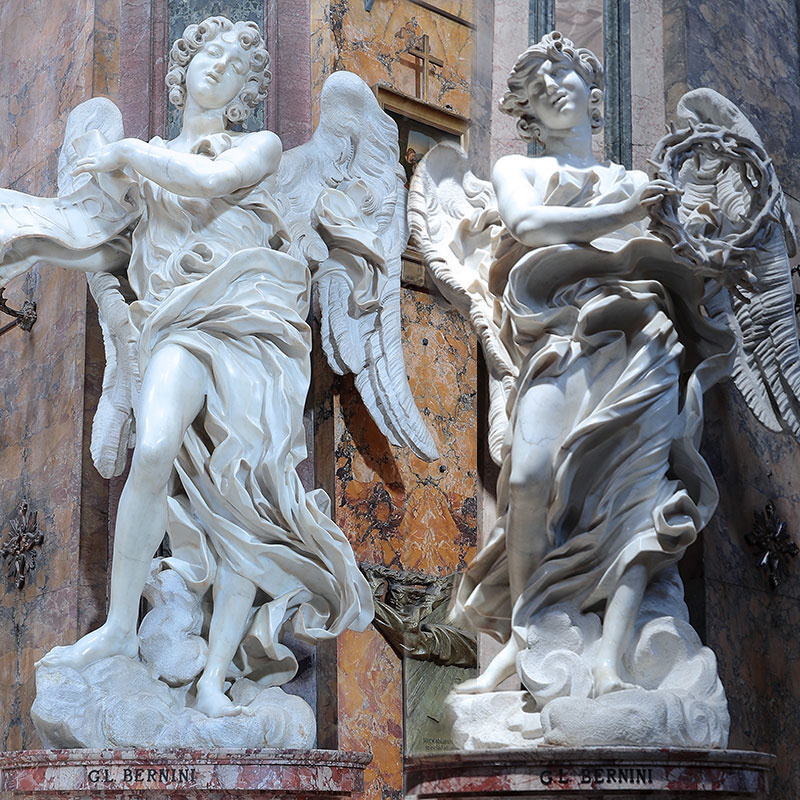 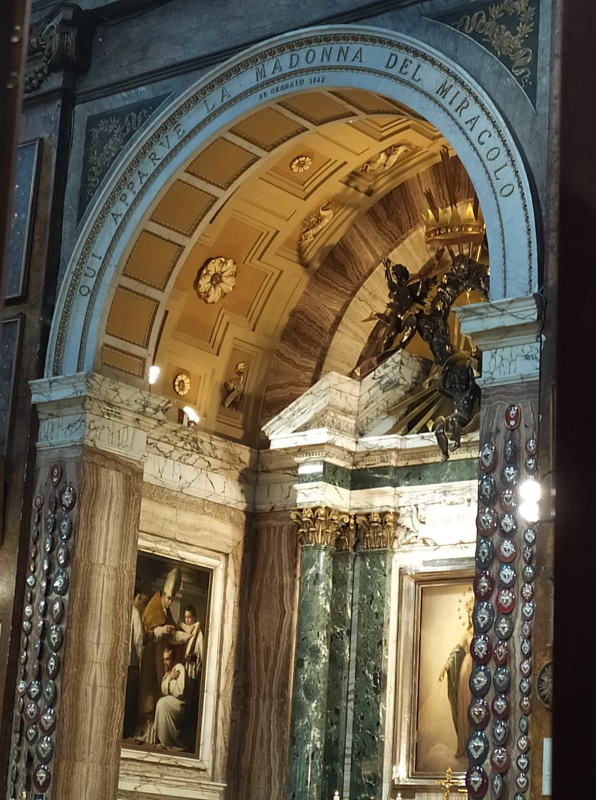 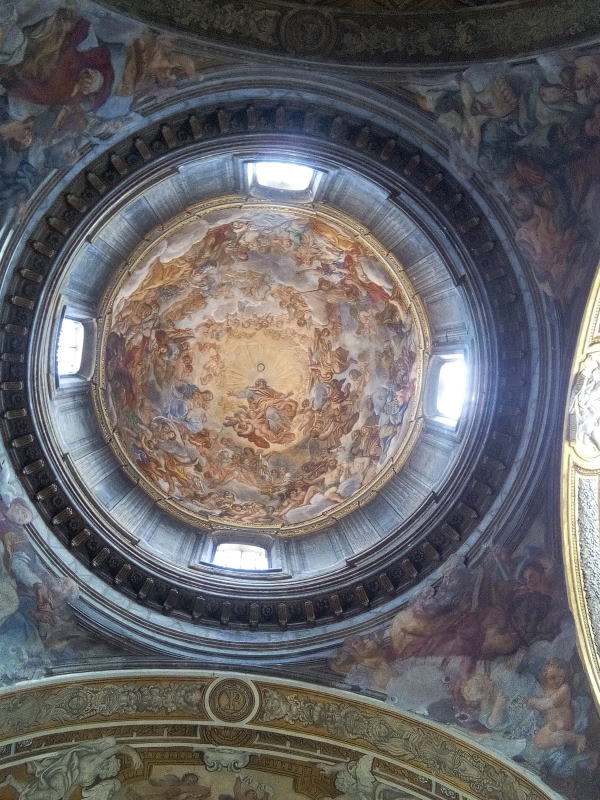 The church is located in the rione Colonna, just to the south of the Spanish Steps. Its first documentary evidence is from the 12th century, when a church called Sant’Andrea “infra hortos” is mentioned, a title later translated into “delle Fratte” or “degli arbusti” (meaning “bushes”). In 1585 Pope Sixtus V assigned it to the Minim Friars of Saint Francis of Paola. Due to the poor conditions of the preexisting church, in 1604 the Minims began an ambitious project to rebuild it.

Much of funding came from Marquis Ottavio del Bufalo family – whose coat of arms with a buffalo head is depicted in the pediment of the portal and in the bell tower – but the money available was minimal and the works proceeded slowly, lasting over a century. The general layout and the façade are due to Gaspare Guerra, who worked on it from 1604 to 1612. In 1653 Francesco Borromini was called to finish the church: he designed the apse, the campanile and the tambour of the dome, which was left uncompleted for the artist’s death. In 1691 the works were finally completed by Mattia de Rossi.

Extraordinarily original for the complex articulation of concave and convex surfaces, both the campanile and the dome are the result of Borromini’s genius. The lantern that contains the circular dome is reinforced by diagonal buttresses that make the structure take on the image of the cross of Saint Andrew (the patron saint of the church). Its brick curtain contrasts with the white marble of the campanile, an architectural jewel of rare finesse. It has a square base and circular columns culminating in the figures of angel caryatids bearing the emblems of the saint. The campanile is nicknamed as “dancer” because when the big bell rings, the structure swings.

The interior has a large central barrel-vaulted nave, with three chapels on each side, as well as a pair of little chapels tucked into the corners on either side of the entrance. The nave ends in a transept, designed by Borromini and flanked by two other small chapels. The chapel of the left transept is the Chapel of Saint’Anna, designed by the two major artists who worked in Rome in the 18th and early 19th centuries, Luigi Vanvitelli and Giuseppe Valadier. The third chapel on the left, renovated in the fifties by architect Marcello Piacentini, is dedicated to the “Madonna of the Miracle” to commemorate the place where, on 20 January 1842, the Blessed Virgin Mary appeared to the French Jewish lawyer Alphonse Ratisbonne, leading him to convert to Catholicism.

Two Angels (1667-1670) with instruments of the Passion sculpted by Gian Lorenzo Bernini for the Ponte Sant’Angelo are placed at the sides of the presbytery. They are the only angels for that project that were made by him, since the ones now on the bridge were made by his pupils. Pope Clement XI considered them too valuable to be exposed to the elements and left them in the artist’s studio. In 1729 Bernini’s heirs donated them to the church. 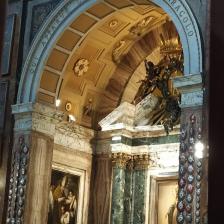