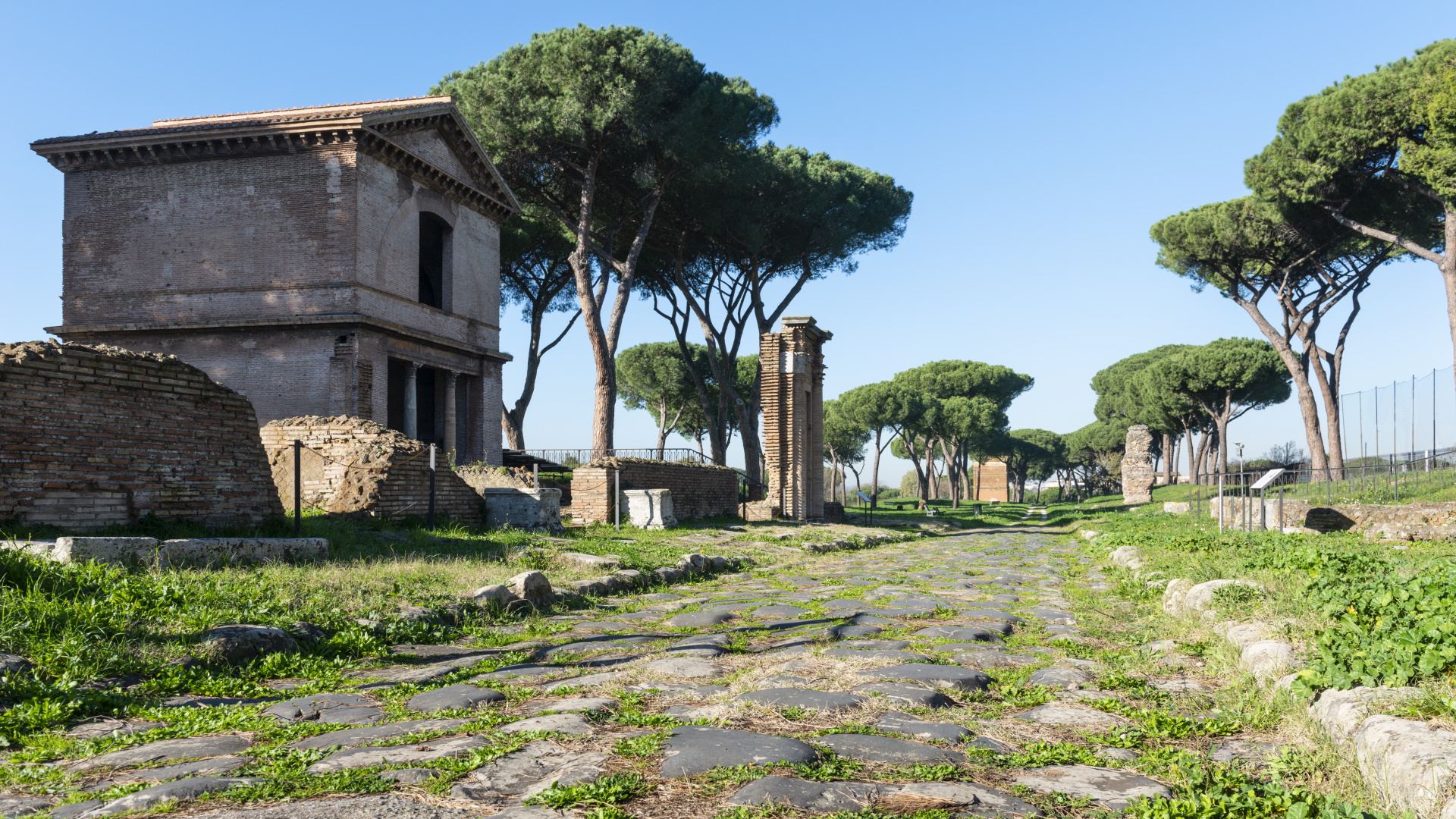 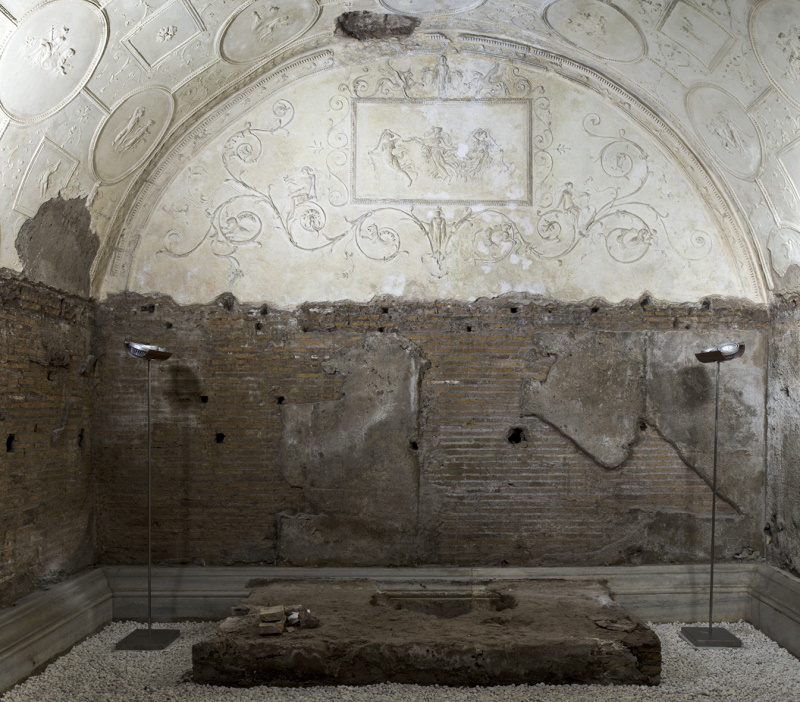 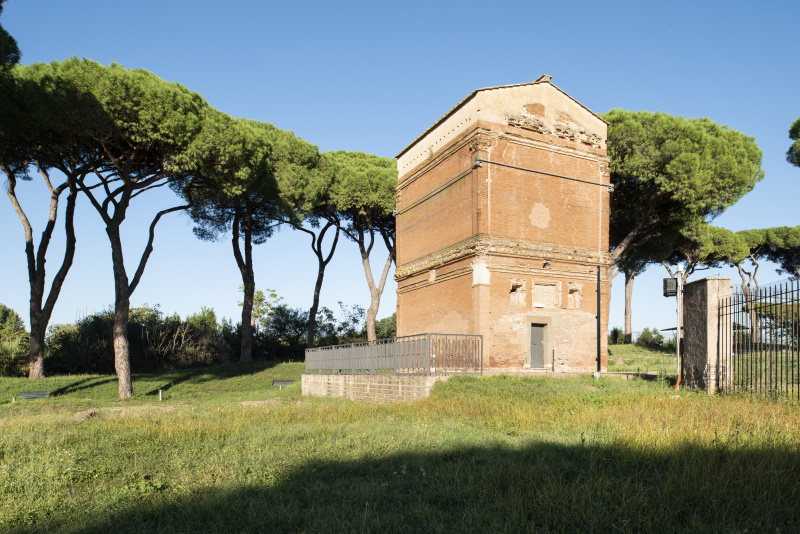 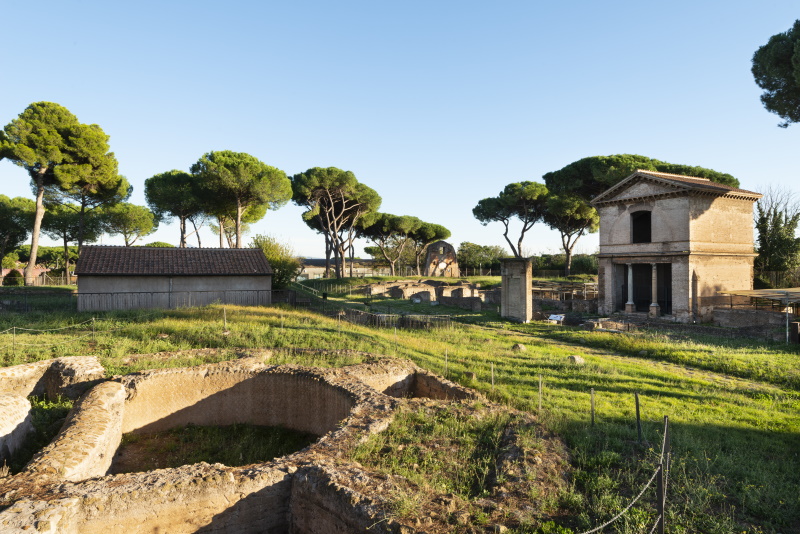 The Archaeological Park of the Tombs of Via Latina is one of the most important funerary complexes in the suburb of Rome, which still preserves the traditional appearance of the ancient Roman countryside.

It was established in 1879, following the acquisition by the State of a large area in which significant Roman remains had been brought to light, thanks to the discoveries and excavations carried out by Lorenzo Fortunati, a teacher with a passion for archaeology.

In the park, which covers an area of ​​two hectares, you can still admire a segment of original paving of the ancient Via Latina, full of funeral monuments and historical evidence from the Republican age to the early Middle Ages. It was used by the Etruscans to colonize Campania in the VIII-VI century BC, and definitively traced by the Romans, in the IV-III  century BC to connect Rome to Capua.  Via Latina remained one of the most important routes to reach Naples in the Middle Ages too.

In the archaeological site are the tombs dating back to the 1st-2nd century AD, with polychrome decorations on the facades and interiors, including frescoes with funerary scenes, mosaic floors and vaults with painted plaster and stucco, still in a perfect state of conservation.

Near the entrance is the so-called Sepolcro dei Corneli o Barberini, named after the aristocratic family, the last owner of the area. The funerary monument, datable to the second century AD, consists of two floors above ground and a hypogeum, an underground burial chamber. The upper floor has a cross vault with a red backdrop frescoed plaster and stucco elements. The decorations depict groups of characters, winged victories on chariots, cherubs, marine animals, birds, myths and architectural backgrounds.

On the right side of the street is the so-called Sepolcro dei Valerii, datable between 160 and 170 AD. It has an elaborate white stucco decoration of 35 medallions, with Dionysian characters, female figures and marine animals, and panels that adorn the lunettes and the barrel vault of the underground. In the central tondo, there is a delicate veiled figure on the back of a gryphon, to symbolize the deceased carried to the afterlife.

In front is the Sepolcro dei Pancrazi, dating back to the end of the first century AD, so named for two inscriptions referring to the funeral college of the "Pancratii". It has two sepulchral chambers with floor mosaics and vaults and frescoed walls with mythological scenes, natural and architectural landscapes, female figures and animal images, in bright colours and stuccos in excellent condition.
In the centre of one of the underground chambers, there is a large Greek marble sarcophagus.

In the area behind the sepulchre are the remains of a large villa, built at the end of the 1st century AD. It was inhabited until the beginning of the 4th century, when Demetriade, the descendant of the Anicii Family, built a basilica dedicated to Saint Stephen Protomartyr, pilgrimages site until the 13th century. 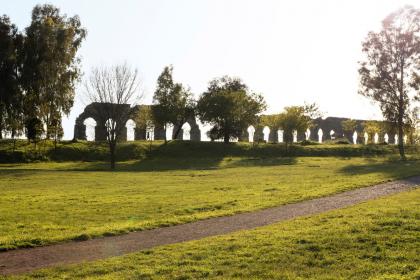 For visiting hours and procedures, please visit the official website. 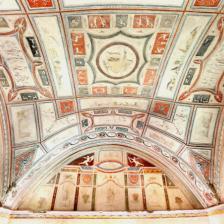 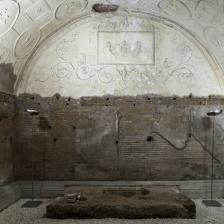 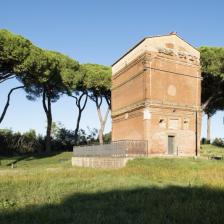 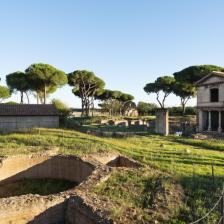