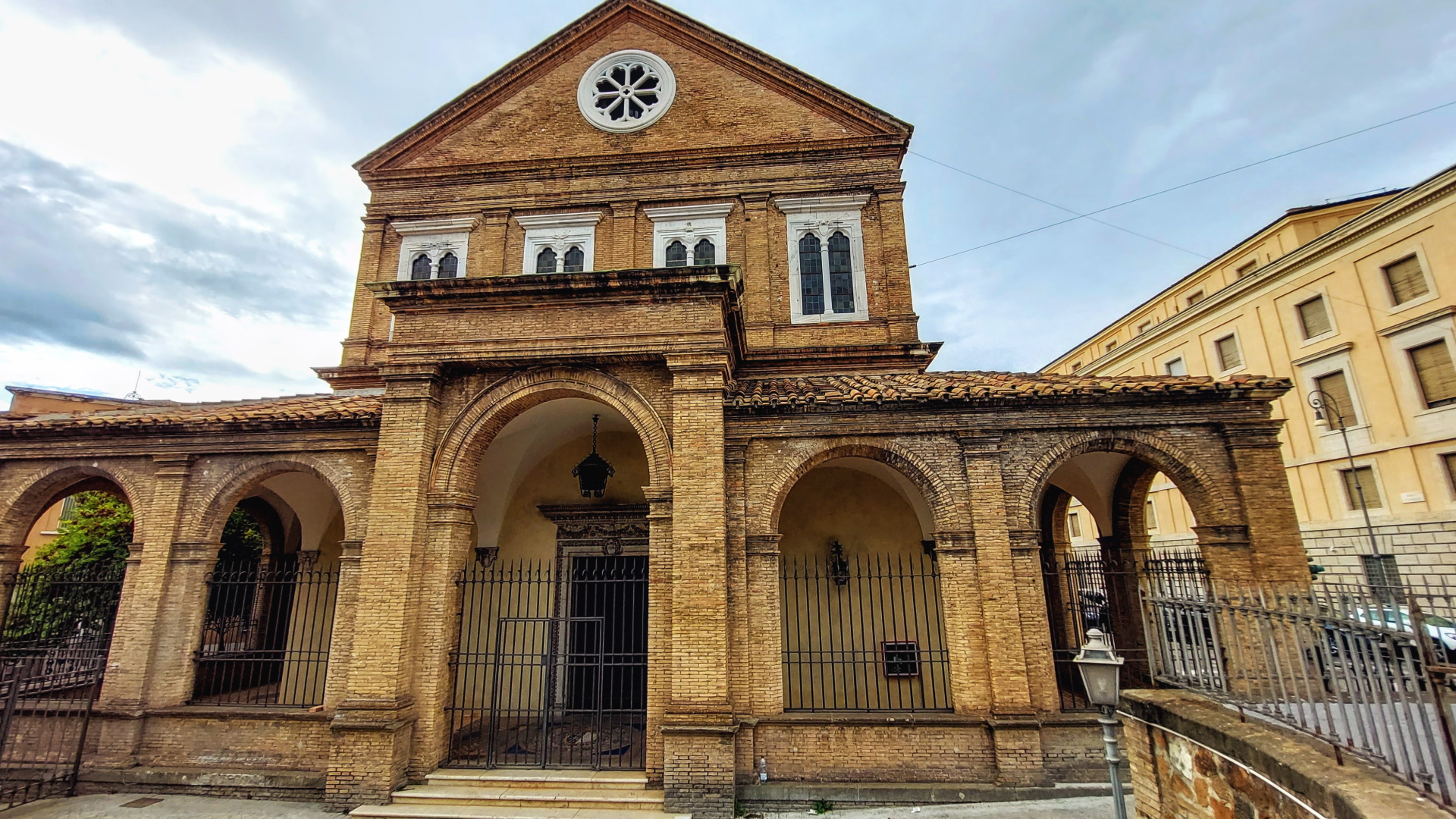 The origins of the Complex date back to 727 AD, when the king of the Saxons INA established the "Schola Saxonum" to give hospitality to the pilgrims headed to the Tomb of the Apostle Peter. It was erected on the area formerly occupied by the "Horti" of Agrippina Maior (14 BC - 33 AD), imperial buildings, large and sumptuous gardens extending from Gianicolo Hill along the right bank of the Tiber. In some rooms below the ancient hospital, remains of opus reticulatum, mosaic floors, sculptures and frescoes are still visible.

Considered one of most ancient hospitals in Europe, the Santo Spirito in Sassia was built to take care of the poor, the sick persons and the abandoned infants, as the Wheel of Exposed placed outside the building still testifies.

Restored and enlarged over the centuries, the Complex is composed of the Corsie Sistine, the Cloisters of the Friars, the Nuns and the Zitelle (or "Chiostro del Pozzo"), and then Palazzo del Commendatore (a sixteenth-century extension), by the architect Giovanni Lippi.

The Palace, built around an elegant quadrangular courtyard, is adorned with a 17th-century fountain and a 16th-century clock and houses the ancient Spezieria, where numerous pharmaceutical researches were conducted and where the medicinal herbs were crushed, as testified, today, by the collections of ancient vases and mortars.

Subject to a careful restoration completed in July 2022, the Corsie Sistine were commissioned by Pope Sixtus IV della Rovere in the second half of the 15th century. The imposing structure, consisting of the Corsia Lancisi and the Corsia Baglivi, is 120 meters long and 13 meters wide. The Corsie were first used as a hospital and, since '600, as a lazaretto. A cycle of frescoes of the Umbrian-Lazio school, which develops for over 1200 square meters and whose extension is second only to that of the Sistine Chapel, adorns the upper perimeter. The Corsie are connected by an octagonal lantern under which you can admire the only Roman work by Andrea Palladio, a refined ciborium surmounted by two putti attributed to Andrea Bregno, author of the two majestic entrance portals.

Inside the monumental complex, several important collections are held: about 400 pieces, including ceramics and pharmaceutical glasses, tapestries, sculptures and reliefs; about 300 paintings, drawings and prints, numerous frescoes, grotesques and other wall paintings; 20,000 printed volumes of which about 60 incunabula, 2,000 from the 16th century and 374 precious manuscripts from different periods, 2 codes written on parchment from Avicenna's writings and the most famous Liber Fraternitatis Sancti Spiritus; two globes by Vincenzo Coronelli (a terrestrial globe and a celestial globe from 1600); two brass armillary spheres and a diopter used in topographic surveying to determine and trace the visuals, unique testimonies of Roman scientific culture in the modern age.