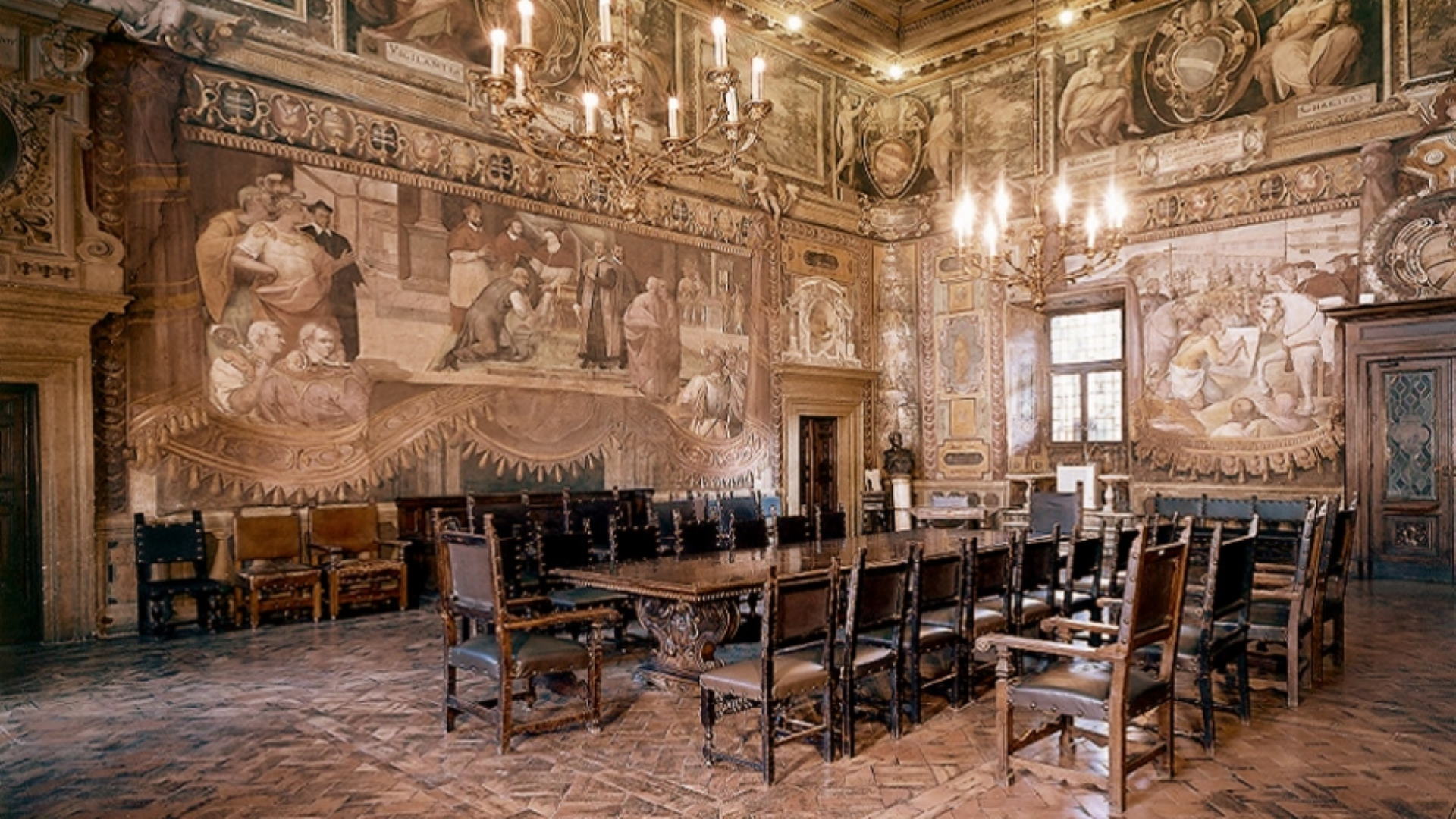 The building was the original seat of the curator in charge of the United Hospitals of S. Spirito. It was built between 1566 and 1572, during the pontificate of Pope Pius V Ghisleri, according to a project by the architect Giovanni Lippi also known as Nanni di Baccio Bigio.

The façade is plain and sober, on two floors of eight windows each. Inside is a large and elegant portico, decorated with a 17th-century fountain and a curious 19th-century six-hour clock, surmounted by a bronze cardinal's hat, whose dial has a single hand in the shape of a green lizard, and is framed by a snake biting its tail, symbol of eternity.

On the main floor, there is splendid loggia, with round arches supported by light marble columns. Inside is the magnificent Sala del Commendatore, decorated with beautiful frescoes that depict the history of the ancient Santo Spirito Hospital.

The building houses the Museo di Storia dell'Arte Sanitaria (Historic Museum of Healthcare Art) and the ancient Spezieria with old vases and mortars, where medicinal herbs were treated, and the Accademia Lancisiana with its Library, founded in the 18th century under the pontificate of Clement XI.

Only the courtyard can be seen.