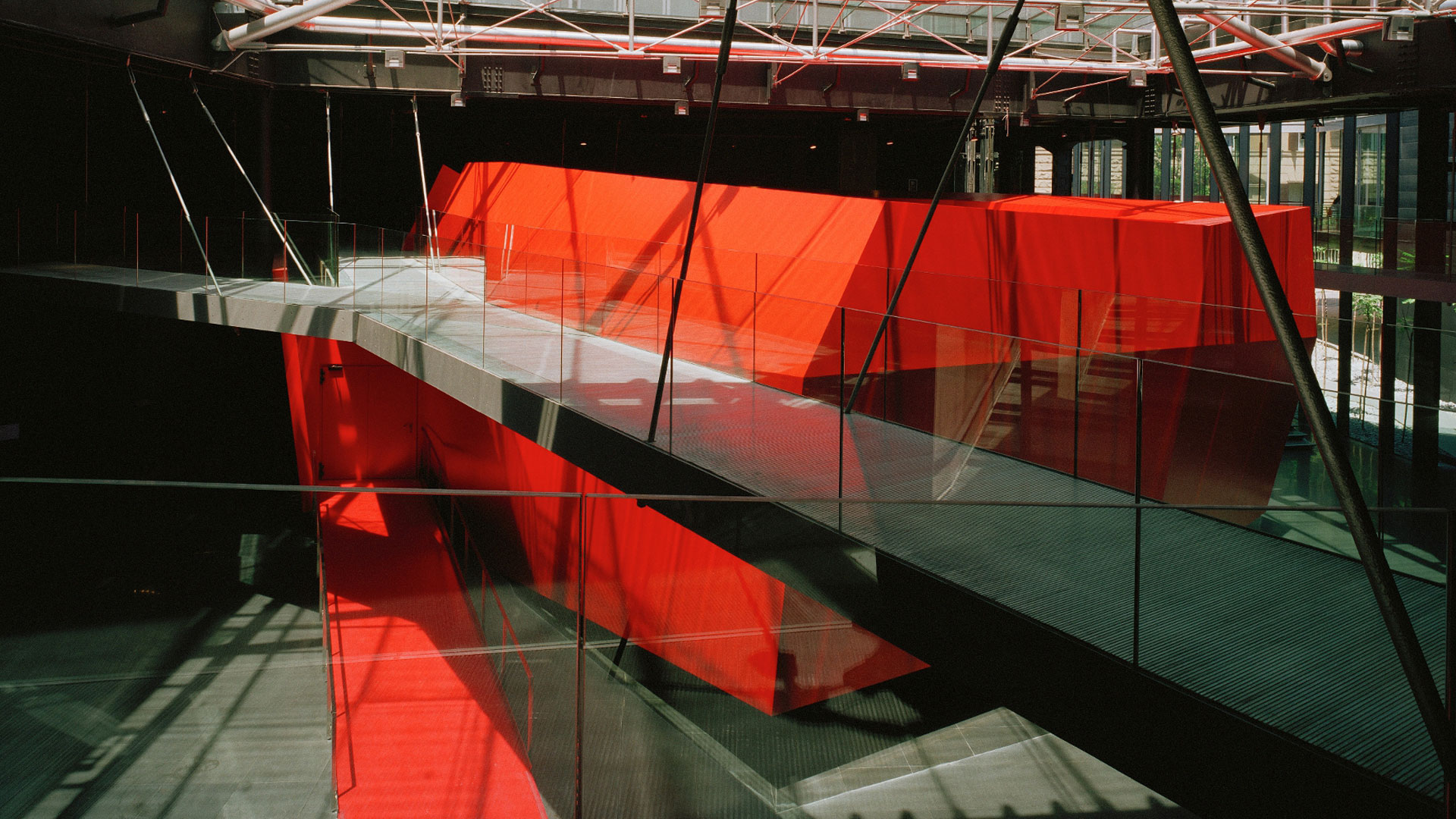 MACRO occupies part of a building complex designed at the beginning of the 20th century by Gustavo Giovannoni for the Peroni brewery factories, in operation until 1971, and represents a rare example of the integration between industrial archaeology and contemporary architecture. The name of the old factory (Società Birra Peroni Ghiaccia) is still visible today on one side of the building in via Cagliari.

In the early 1980s the Municipality of Rome took charge of the premises, establishing them as the site for the Municipal Gallery of Modern and Contemporary Art of Rome and carrying out extensive recovery and restoration works but the spaces soon proved largely insufficient to accommodate the collection. In 2000, the Municipality of Rome launched an international architectural contest for the museum’s expansion, won by the French architect Odile Decq.

The new wing integrates into the 20th-century building and redefines the image and the functioning of the whole complex, whilst remaining connected to both the existing spaces and the surrounding urban environment. The redesigned spaces use different colors and materials, alternating red, black and white, iron, concrete and glass mirrors. Multiple paths transform the visit to the museum into a personalized journey: the over 4,000 square meters of the exhibition rooms, the foyer, the red auditorium and the terrace are connected by staircases, elevators, galleries and passages which, besides offering tangential perspectives and sequential points of view, also create a dynamic and heterogeneous experience of the museum’s architecture.

In July 2020, at the end of a period of restyling works, the museum reopened to the public with a three-year project, the “Museum for Preventive Imagination”. Identified by a new logo (a blue octopus on a silver background), the museum has taken on a new identity: a three-dimensional magazine, developed around themes and formats that will function as columns ((Solo/Multi; Polyphony; Arrhythmics; In-Design; Bibliographic Office; Chamber Music; Rehearsal; Retrofuture. Notes for a Collection; Agorà) to accommodate heterogeneous content.