The Forum of Augustus | Turismo Roma
Skip to main content

The Forum of Augustus 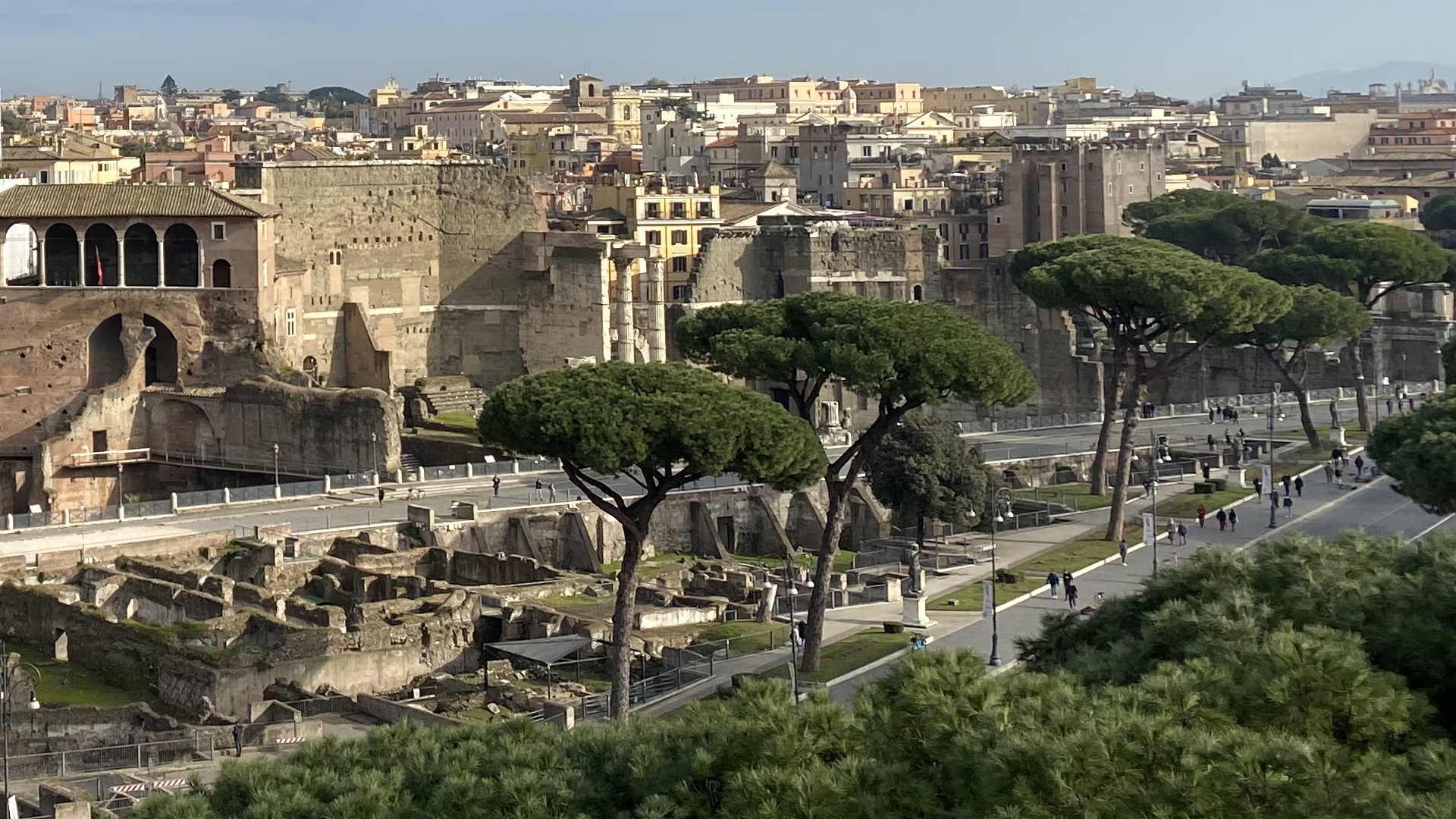 Ottavianus, Julius Caesar’s grandson (his mother, Atia, was the daughter of Julia, Caesar's sister), and from 45 BC his adopted son and heir, having avenged his death with the help of Mark Antony at the Battle of Philippi (42 BC) which ended with the killing of Brutus and Cassius, returning in Rome, broke the promise and started the construction of a temple dedicated to Mars Ultor (the avenger), who wanted to place the temple in a new Forum, reproducing the architectural model created a few years earlier with the Forum of Caesar. Also, the rapid development of the trials had reduced the space available in the Roman Forum and the Forum of Caesar. Naturally, as for the Forum of Caesar, the construction of the Forum of Augustus was also for the promotion of public opinion; the luxurious decorations celebrated the new golden age that was born with the government of Augustus.

Like the other fora, the Forum of Augustus, inaugurated in 2 B.C., is located inside a unique architectural complex that extends between the Capitol and the Quirinal, the Archaeological Area of the Imperial Fora.

Behind it is a gigantic wall in blocks of peperino, gabine, and travertine. It is up to 33 meters high in the highest stretch. The use of peperino and gabine, considered fireproof, was justified by the fact that the wall insulated and protected the Forum from the rear Suburra, a popular and overcrowded neighbourhood with frequent fires due to the presence of wooden structures. In the wall, there were two entrances: the first to the north, with three arches, and the second, a unique monumental and travertine span that from the sixteenth century is also known as the Pantani Arch.

The Forum was divided into a wide rectangular square flanked by arcades; on the bottom was the Temple of Mars Ultor (avenger), preceded by a spacious staircase. In medieval times, the temple podium was occupied by the Church of San Basilio, which has now disappeared.

The Temple of Mars Ultor. Its edification was decided before the battle of Philippi in 42 BC but it was inaugurated only in 2 BC. It consisted of a theatrical building in white Carrara marble with 8 columns on the front and 7 on the long sides. Of these, only the last three of the south-eastern side remain, surmounted by the architrave, together with the bottom pillar. The cell ended with an apse in which the cult statues of Mars, Venus, and, perhaps, of Divo Giulio were placed. Senate meetings and religious ceremonies were also held in the temple. Today, the building has a high podium built in tuff blocks, preceded by an imposing central staircase.

The semi-circular arcades. The forum square was surrounded by large arcades and by two semi-circular exedras on two floors, with rectangular niches. Inside them, there were statues of triumphs and members of the Giulia family. The attic was decorated with Caryatids and trophies. Here, the judicial activities of the urban praetors, dealing with civil cases, took place. In late antiquity, educational and educational functions were also exercised in this place.

The Hall of the Colossus. At the end of the Portico, on the left, was a large square room. Its back wall housed the colossal statue of the Genius of Augustus. The ruins of its decoration and the statue are exposed in the Museum of the Imperial Fora.

The House of the Knights of Rhodes. On the northern exedra of the Forum, you can admire a building known as the House of the Knights of Rhodes. It is a Roman structure from the end of the 1st century BC., modified with the construction of the Forum of Augustus. In the Middle Ages, it was enlarged and occupied by the Knights of Malta and Rhodes. Inside it, you can now visit the Hall of Honor, the Byzantine Hall and the Loggetta, frescoed and equipped with wooden ceilings. In the underground level of the building, you can instead admire the Palatine Chapel, dedicated to St. John the Baptist, patron of the Order of the Knights.