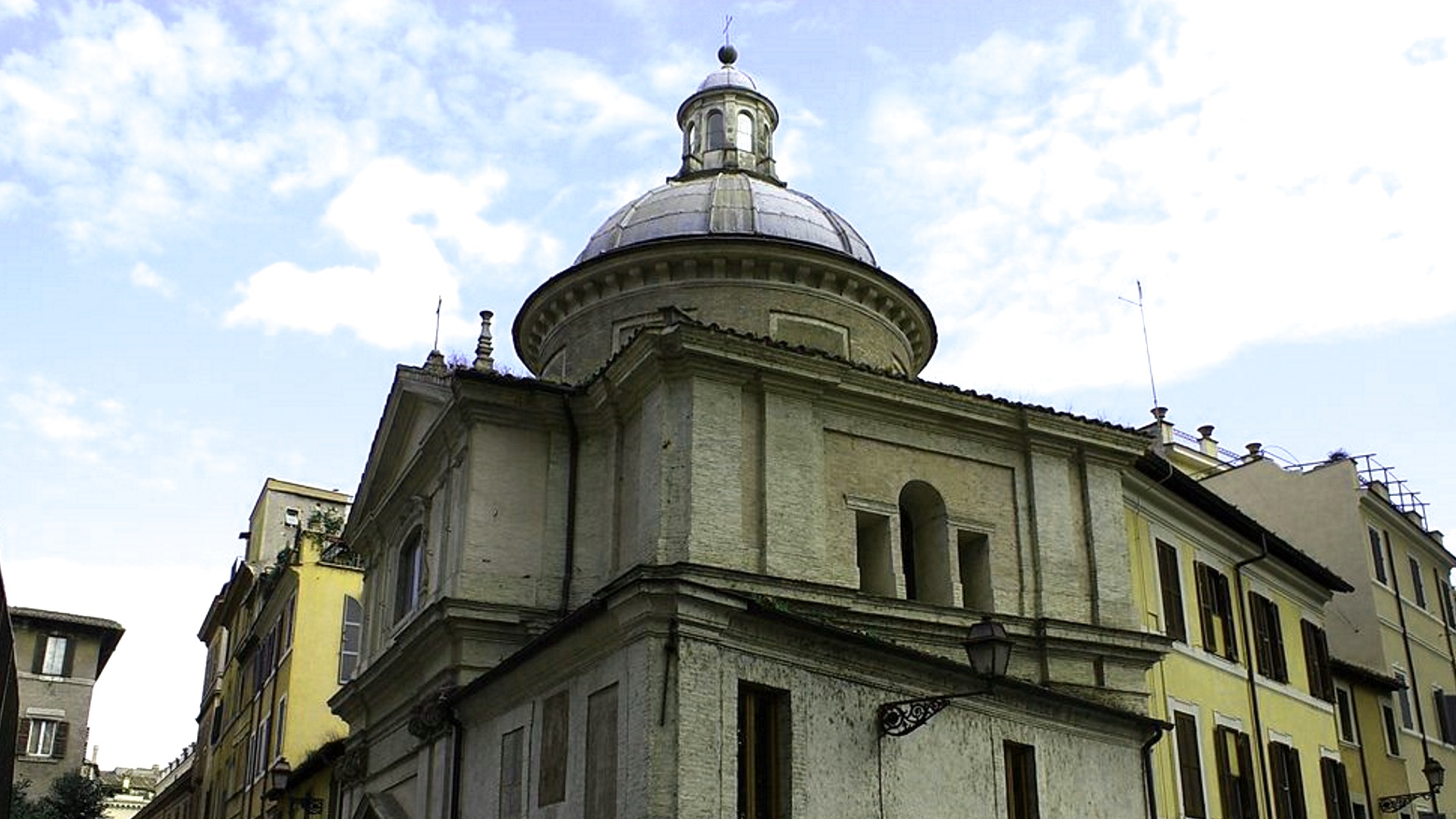 In 1509, the University of Goldsmiths and Silversmiths received from Pope Julius II the opportunity to build their headquarters in via Giulia, at the time one of the most prestigious addresses in Rome, where the pope and Bramante were planning to build the new administrative center of the city.

Even if the project was not completed, the goldsmiths went on: they were an independent confraternity but they still had to share the spaces of the church of San Salvatore alle Coppelle with the Guild of the Saddlers. Raphael was then commissioned to design a small temple dedicated to Eligius of Noyon, one of the most revered French saints but also a great goldsmith. Works in the church, in which Bramante’s influence is clear and which lasted from 1516 to 1583, were continued by Baldassarre Peruzzi and Bastiano da Sangallo. From historical documents, we know that in 1522 the building was completed with the exception of the dome, attributed to Baldassarre Peruzzi.

After niggling problems with cracks and water getting in, a major collapse of the right hand side of the edifice happened in 1601, compromising the altar of the Three Kings carried out by Federico Zuccari in 1575. Flaminio Ponzo was called in the following year to restore the church. In 1621, the new façade was built incorporating the old doorcase.

The harmonious interior layout maintains the sixteenth-century character intact: a Greek cross plan with an apse at the bottom, a splendid hemispherical dome resting on a round drum that insists on the four central pillars, and topped by a lantern on which eight windows open. From a decorative point of view, worth of note are the large frescoes by Matteo da Lecce and Taddeo Zuccari dating back to 1575. In 1864, the original brick floor was replaced with the current patterned marble one, using salvage from the burnt-out church of San Paolo outside the walls. On the main altar, a silver bust depicting Saint Eligius preserves the relics of the saint, donated to the church in 1628 by the bishop of Noyon. 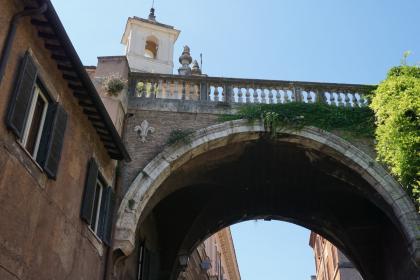 Via Giulia and the Florentine Quarter 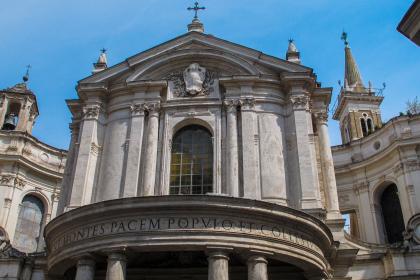 The Church of Santa Maria della Pace
Churches and Basilicas

To visit the church, ring at the street number 7