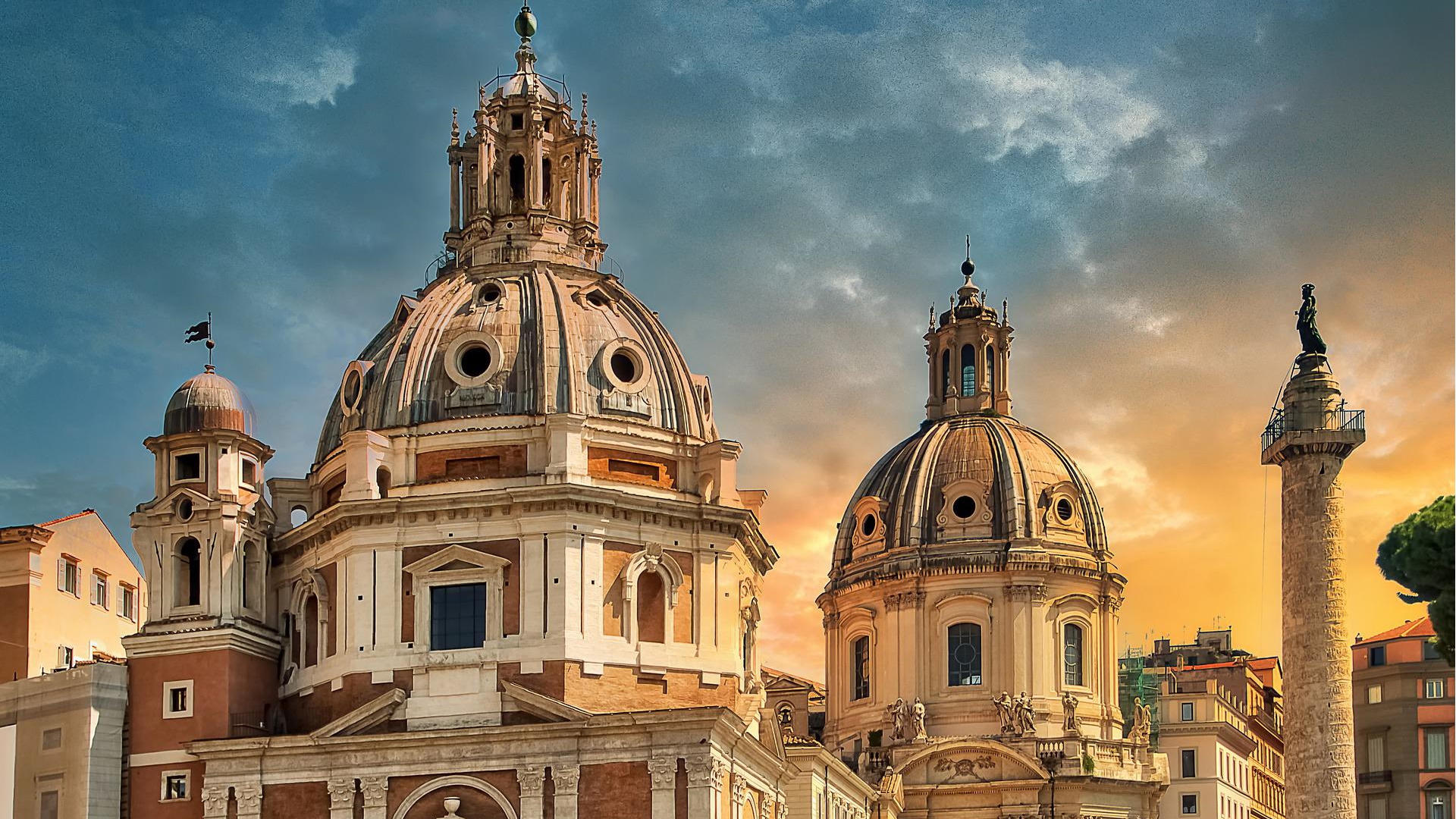 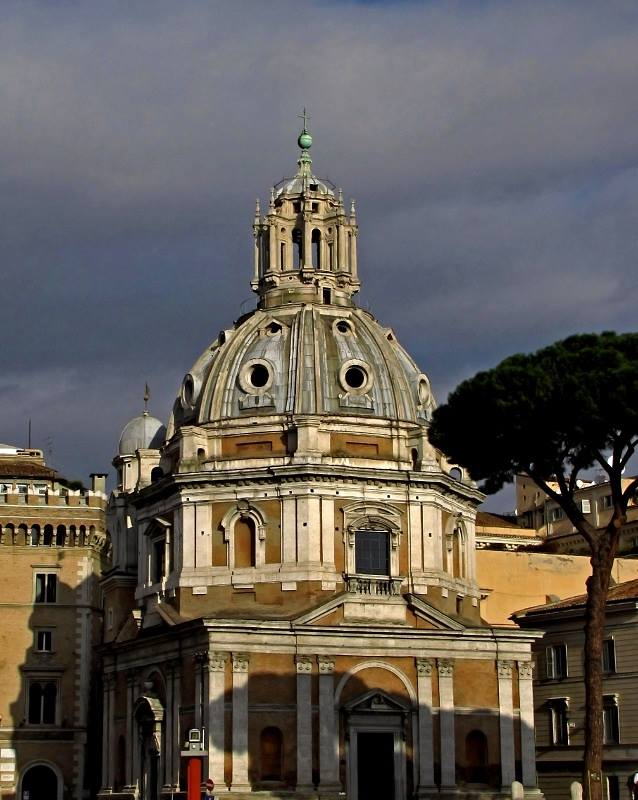 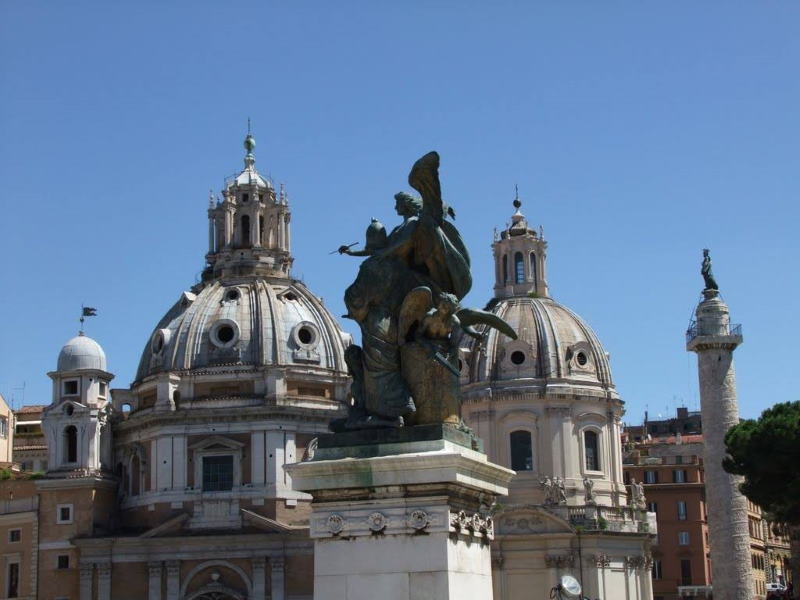 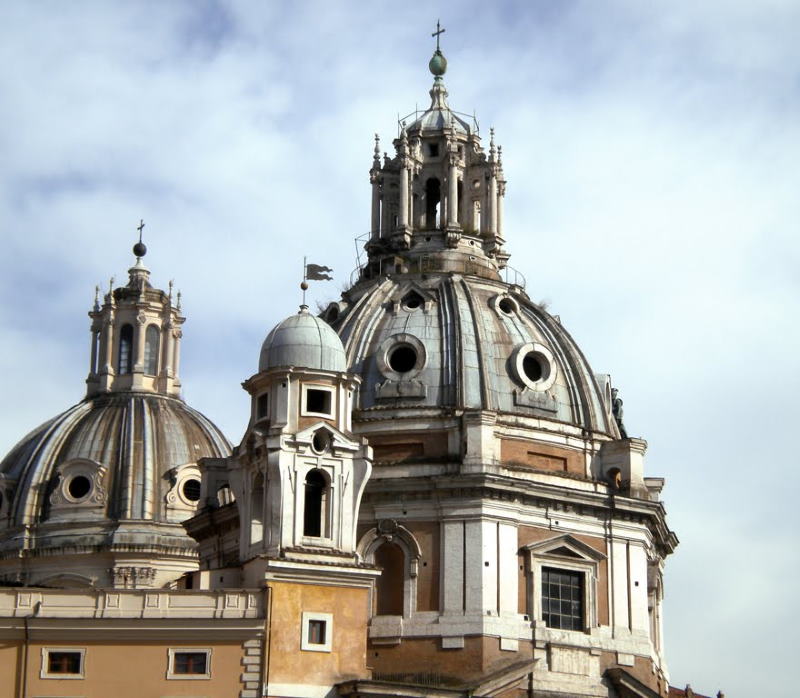 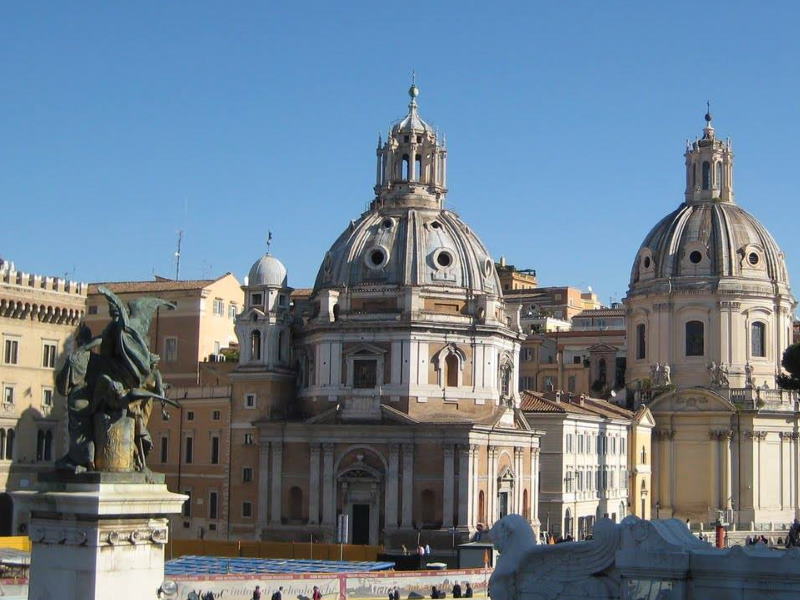 In the area of the Forum of Trajan, in a still today suggestive corner of the city, there was a little chapel dedicated to the Blessed Virgin Mary, under her title of Our Lady of Loreto. At the end of the 15th century this chapel was given to the Università dei Fornari, the Guild of Bakers, who soon found it to be too small and had it demolished to use the site for a bigger church. Construction of the Renaissance edifice started in 1507, with the project being in charge of Antonio da Sangallo the Younger, but was completed about seventy years later by Giacomo Del Duca, a pupil of Michelangelo, who added the beautiful dome and the pre-Baroque bell tower. An overall restoration of Santa Maria di Loreto was carried out in the second half of the 19th century by Luca Carimini and Giuseppe Sacconi, the future architect of the Vittoriano. A short distance away, in 1741 the adjacent church of Santissimo Nome di Maria al Foro Traiano had been completed by Antoine Dérizet who matched his work to the older church.

The church is simple yet impressive: its main body is a square brick box with architectural details in Travertine limestone. On it stands a high octagonal drum supporting a peculiar dome, “oversized” compared to the body of the building and crowned by an unusually complex lantern, known as the “cricket’s cage”. The beauty and uniqueness of the dome were even more evident at the time of its construction, when the church was surrounded by a high-density residential district: seen from below, the dome loomed over the massive volume of the base, in a crescendo ending in the lantern.

A high portal, decorated with a sculpture group by Andrea Sansovino depicting The Virgin and Child with the Blessed House of Loreto, gives access to the interior, an octagon inscribed in a square with four semicircular chapels. The church preserves two large works by the Cavaliere d'Arpino of 1630, which show the birth and the death of Our Lady. Worth of note is the sculptural decoration, in particular the two Angels by Stefano Maderno (who carved the famous statue at Santa Cecilia in Trastevere) and the St Susanna by the Flemish sculptor François Duquesnoy (1630-33), illustrating the different trends of 17-century statuary in Rome.

In 1800, the guild system involved in the various crafts and professions was dismantled. However, the confraternity administrating the church was a legally separate entity and so survived. It remains in charge and has its headquarters in a building behind the church. Every 10 December the pious sodality celebrates, as in the past, the feast of Our Lady of Loreto. 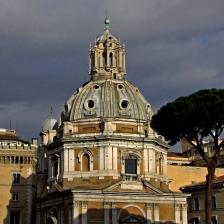 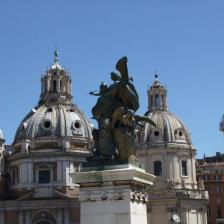 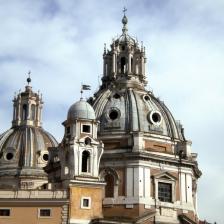 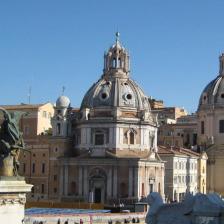