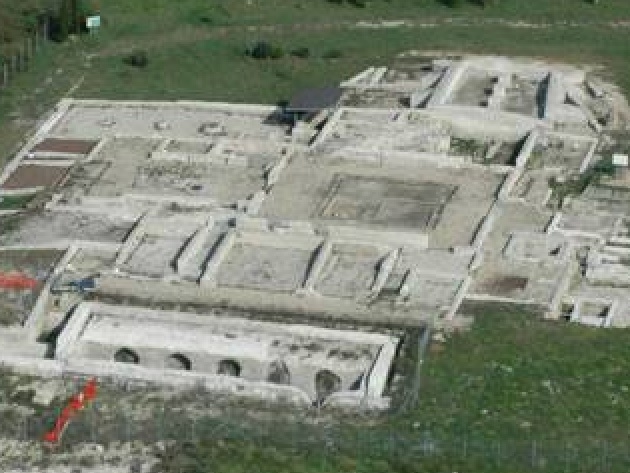 The area known in Roman times as Lorium, was the first coach house of the Via Aurelia, located at the XII mile of the consular road. The settlement developed around the service and horse changing facilities, characterized by scattered residential areas, villas and farms. In the period of the Antonines (2nd century AD), one of the villas of the emperor Antoninus Pius stood here.

In addition to the remains of the Roman villa behind the Church of the Holy Spirit and those of the Villa delle Colonnacce, the archaeological complex of Villa Olivella is also coming to light.

The only monumental building currently open to visitors, upon request to the Archaeological Superintendence, is the hypogeum mausoleum found just below the church of the Holy Spirit.

The sepulcher, of which only the lower floor is preserved, is in excellent condition: with a circular plan, it has a central round pillar and five large niches, with arcosoli (niches surmounted by an arch) for the depositions; the ambulatory (corridor) is covered by a barrel vault.

The tomb, datable between the end of the third and the beginning of the fourth century. AD, it was built in brick with materials that were mostly reused, as was the custom at that time.

Similar tombs are known in the Roman suburbs, such as the Mausuleo of Romulus on the Appia, Tor Pignattara and Tor de Schiavi, in the Gordiani complex. Thanks to their common features, it is possible to hypothesize the presence of a covered upper floor in the Mausoleum.

The area also includes the Naturalistic Oasis of Castel di Guido, inaugurated in 1999 and managed by the Lipu centre.