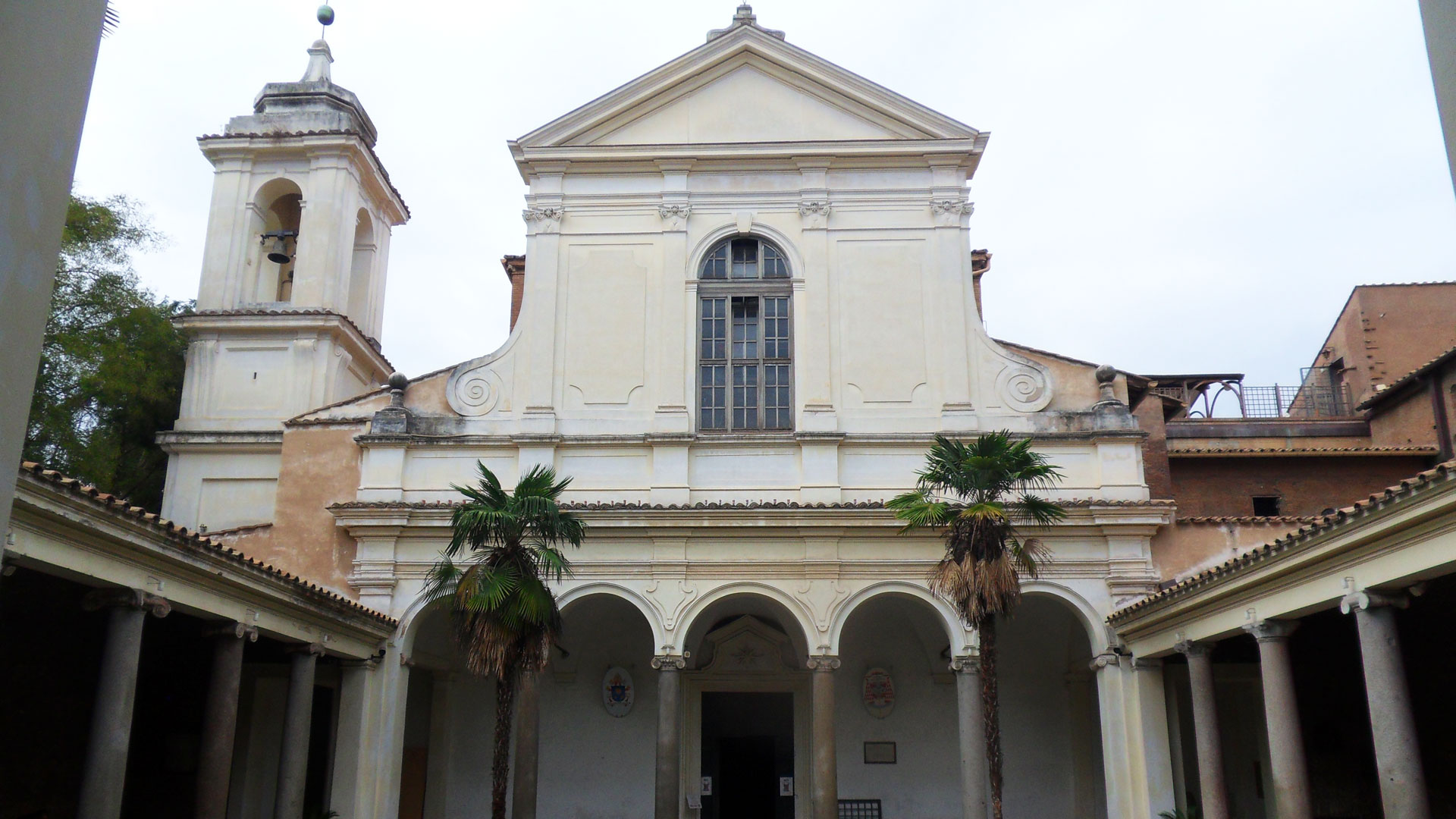 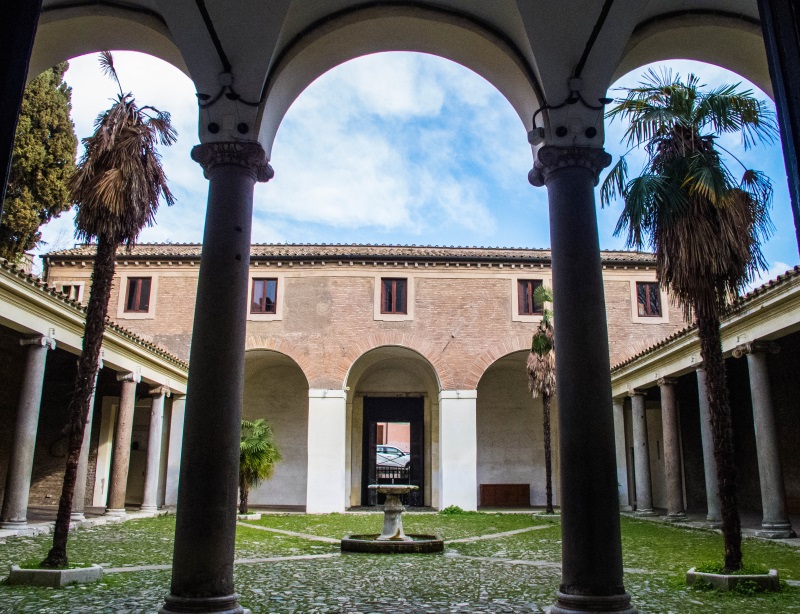 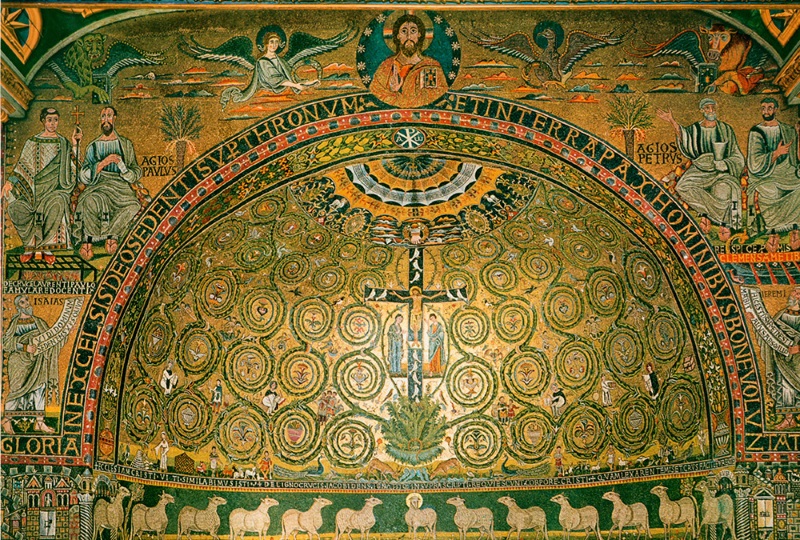 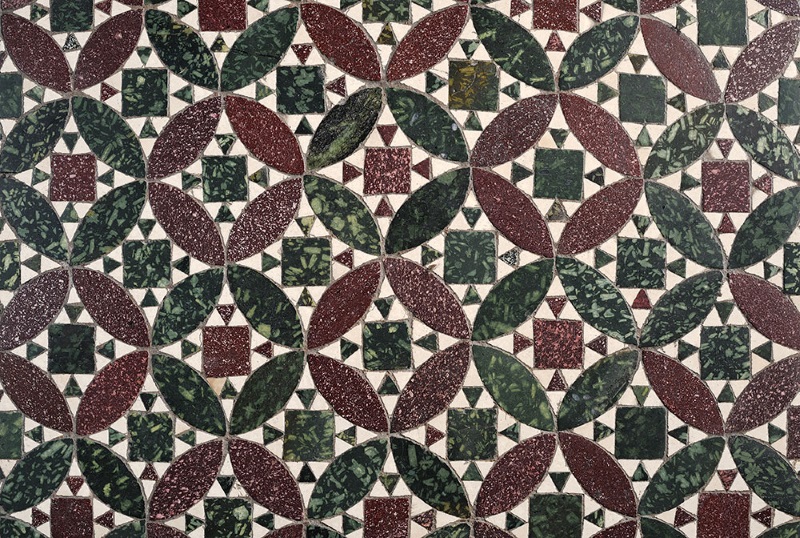 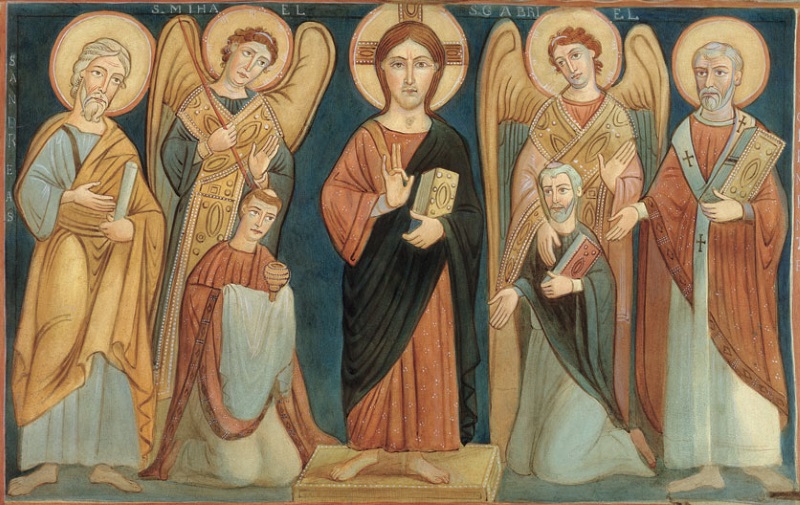 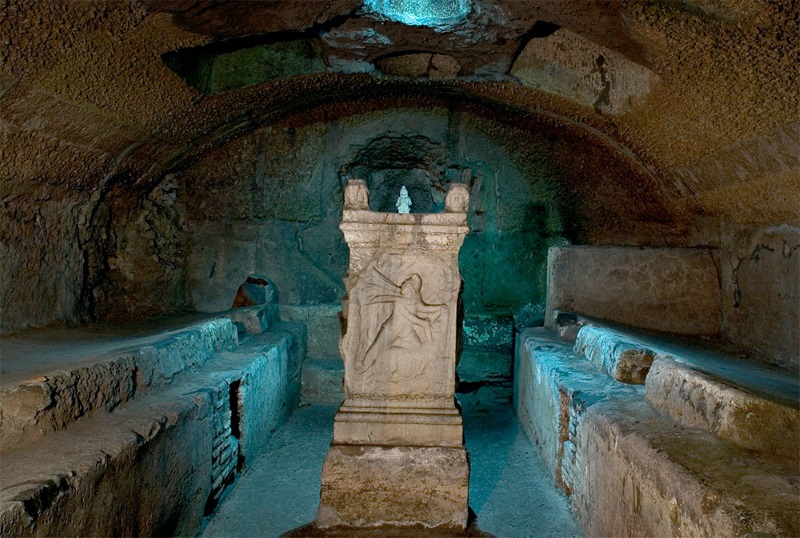 The Basilica of San Clemente in Laterano, located about 300 meters beyond the Colosseum, on the road that from the valley between the Oppian hill and the Celio leads to San Giovanni in Laterano, is one of the most interesting and ancient basilicas of Rome, erected before 385 and dedicated to Saint Clemente, the third pope after Saint Peter.

It consists of two overlapping churches, built on Roman buildings of the Republican age and on the remains of a temple of the god Mithra.

The lower church was the seat of various councils during the 5th century, restored in the 8th and 9th centuries and destroyed following the invasion of Robert the Crafty (1084). In 1108 Pope Pasquale II built the upper church on its ruins. It was then restored during the pontificate of Clement XI by Carlo Fontana. The architect created the modest baroque facade using the ancient granite columns for the former arcaded portico.

On the left side of the facade is the bell tower built around the end of the 17th and the beginning of the 18th century. The interior of the upper basilica, although it has undergone considerable alterations, still retains important elements of the ancient construction: divided into three naves by Roman marble and granite columns with Ionic capitals, it houses in the apse the marvellous mosaic with the Triumph of the Cross (12th century).

The inlaid floor of polychrome marbles is a very beautiful example of Cosmatesque style. In the chapel of Santa Caterina you can admire the frescoes with life stories of the saint by Masolino da Panicale.

The lower basilica preserves several frescoes including the representation of the Legend of Sisinno - datable between 1084 and 1100 - which represents an important testimony of the first Italian vernacular, as well as some fragments of the relics of Saint Cyril, evangelizer of the Slavic peoples and inventor, along with his brother Methodius, of the Glagolitic alphabet, from which the Cyrillic alphabet derives.

Going down to the lower level are Roman constructions from the imperial age and a Mithraeum of which a marble altar is preserved with the representation of the killing of the bull by Mitra.

The church is officiated by the Irish Dominican Fathers. 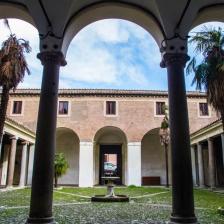 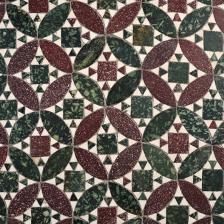 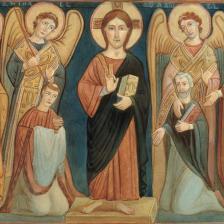 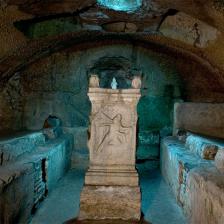