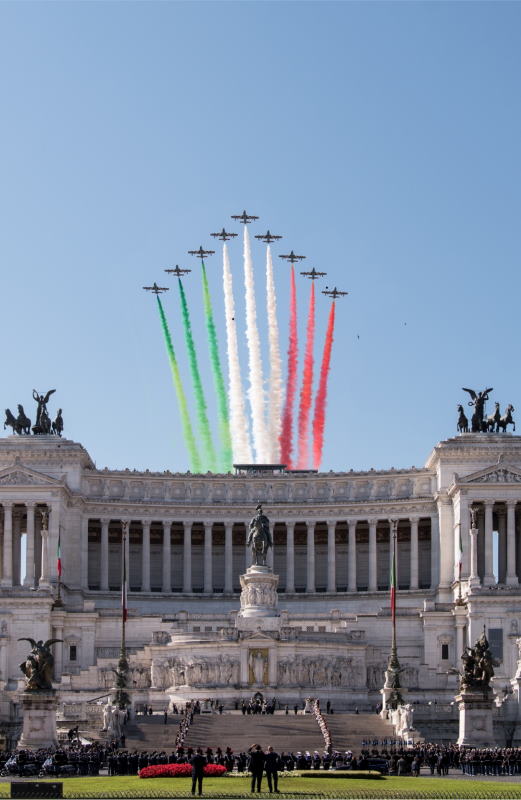 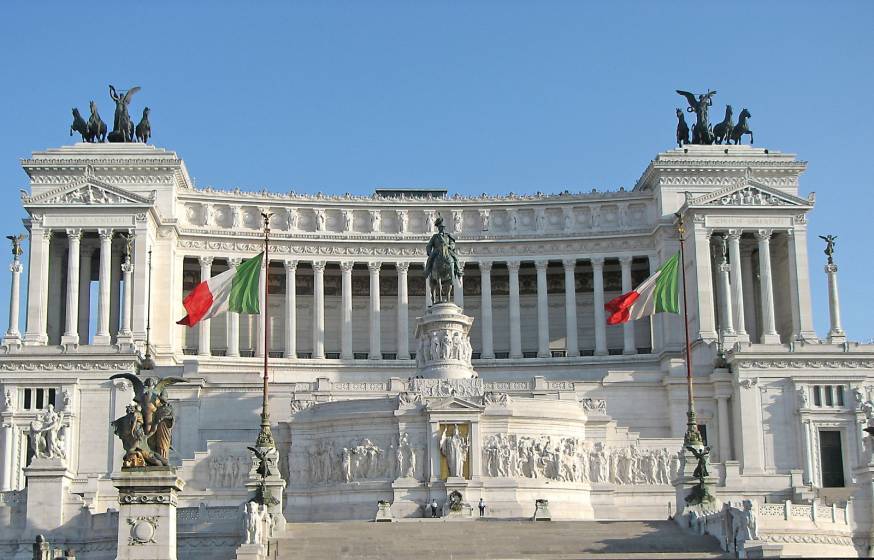 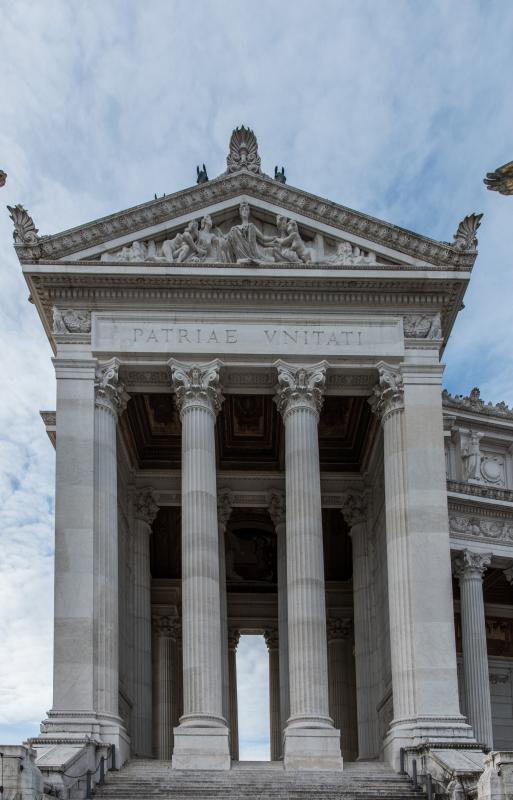 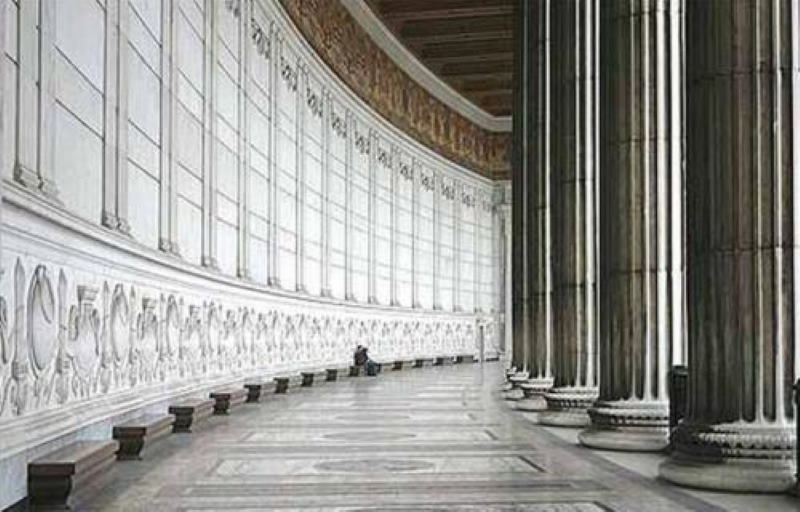 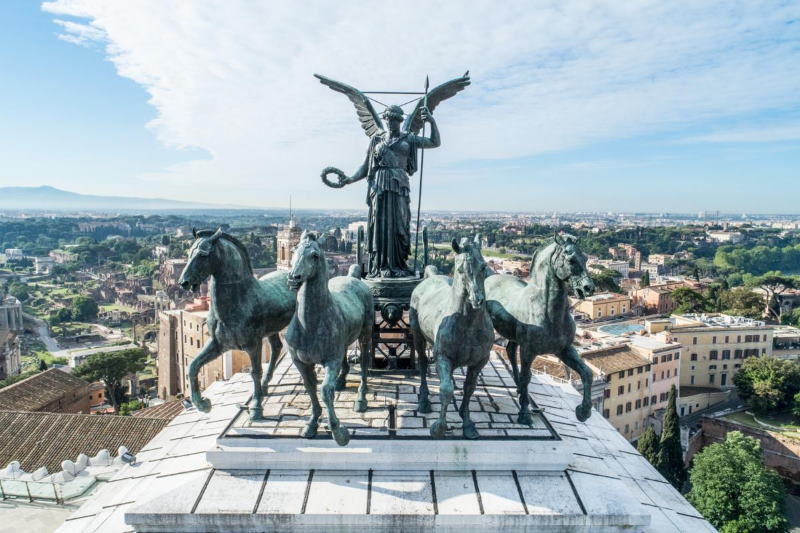 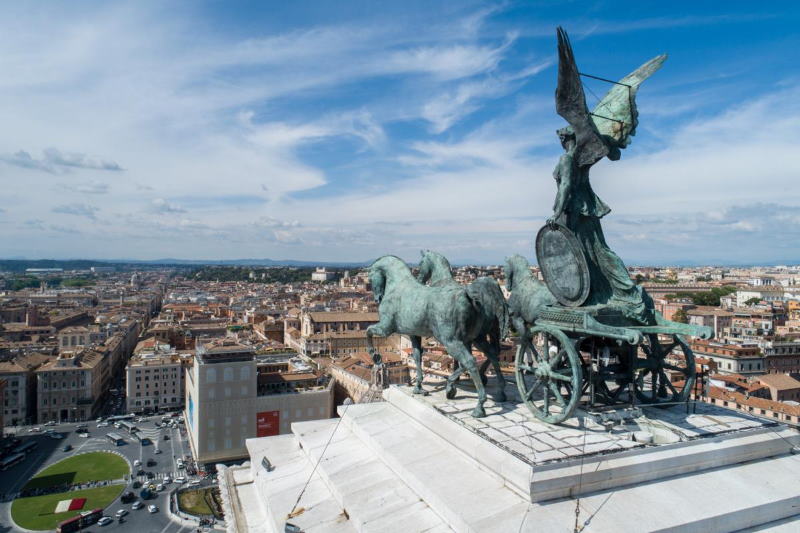 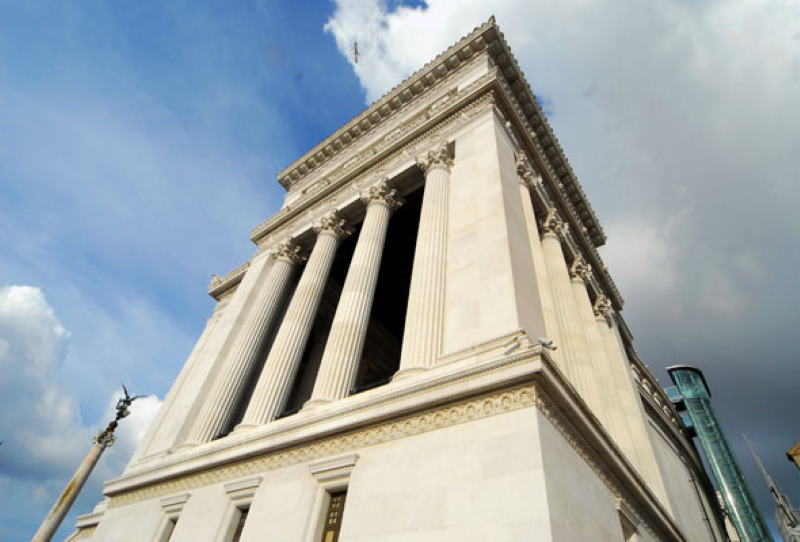 In 1878, a few years after the unification of Italy, the Italian Parliament decided to dedicate a monument to the King Vittorio Emanuele II, who recently passed away, and to the entire Risorgimento period.

After having announced two international competitions (in 1880 and 1882), it was decided to choose the project by Giuseppe Sacconi. It was inspired by the great sanctuaries of the classical age: a large staircase leading to the Altare della Patria, the propylaea and the grandiose colonnade, surmounted by bronze quadrigas, allegories of the Unity of the Fatherland and Liberty.
The works began in 1885 and proceeded slowly. The project was modified several times, also in the choice of material: the travertine was replaced with the "Botticino" from Brescia, too white to harmonize with the warm tones of the surrounding buildings. This feature, combined with its extraordinary dimension, earned the monument unflattering nicknames, albeit now considered affectionate, including those of "typewriter" and "wedding cake".

For making way for the monument, the entire area on the Capitoline Hill was affected by the demolition of the pre-existing medieval and Renaissance districts, including the towers of Paul IV and the cloister of Aracoeli. The Palazzetto Venezia and the Church of Santa Rita were also moved and rebuilt.  A small construction to the right of the Vittoriano - at the foot of the steps leading to the Capitol - is what remains of the ancient medieval buildings.

The works were carried on by Gaetano Koch, Manfredo Manfredi and Pio Piacentini and were considered completed only in 1935. Nevertheless, the monument was inaugurated in 1911, still unfinished, during the International Exposition for the 50th anniversary of the Unification of Italy. On that occasion, the majestic equestrian statue in gilded bronze dedicated to Vittorio Emanuele II, the only non-allegorical representation present in the monument, was unveiled. It was realised with 50 tons of bronze obtained by melting the army guns, is 10 meters long and 12 meters high. For celebrating the success of the work, it was organised a refreshment for twenty people inside the horse's belly, as witnessed by some vintage photos. The statue of the king is also impressive: just think of his moustache that is 1 meter long each.

On 4 November 1921, the body of the Unknown Soldier was buried under the statue of the Dea Roma (Goddess Rome), in memory of the many soldiers who died in the war and whose name or place of burial is unknown. The coffin was placed on the carriage of a cannon and in a chariot designed by the architect Cirilli. Between 1924 and 1927, the Quadriga dell’Unità by Carlo Fontana and the Quadriga della Libertà by Paolo Bartolini were finally positioned on the propylaea, rising the monument to a height of 81 meters from that of Piazza Venezia.

The central theme of the monument is represented by the two inscriptions on the propylaea, placed on the two quadrigas: "PATRIAE UNITATI" and "CIVIUM LIBERTATI", meaning  "To the unity of the homeland" and "To the freedom of citizens".
On both sides, two fountains represent the Adriatic Sea and the Tyrrhenian Sea and mark the "boundaries" of the monument, as well as the two seas delimit the Italian Peninsula.
Among the decorations - in addition to the winged victories and allegories of the civil values ​​of Italian people - to note the statues of the 16 Italian regions. Valle D'Aosta, Friuli Venezia Giulia, Molise and Trentino Alto Adige are missing because they were added or created later. The sculptures are placed on the cornice of the portico in correspondence with a column, and each of them was realised by an artist from the same Region. The statues of the fourteen cities that were capitals or maritime republics are by Eugenio Maccagnani.

The monument houses the Museo Centrale del Risorgimento and the Sacrario delle Bandiere, which keeps the flags of the disbanded Italian army units, as well as historical pieces.
Among them are the anti-submarine MAS 15 motorboat commanded by Luigi Rizzo - which sank the Austrian battleship "Santo Stefano" during the Great War, the wreck of the Sciré submarine sunk by the British in 1941 off the coast of Haifa, the “Bleriot XI” aircraft of the Italian-Turkish War (1911-1912), and the 75\27 model 12 of the Great War.

The complex also houses exhibition halls. Since 2007, it has also been possible to go up to the top of the Vittoriano, thanks to a panoramic glass elevator: the terrace offers one of the best views of Rome, ideal for taking pictures of the Imperial Fora, the Pantheon, Saint Peter's Basilica and Via del Corso.

Every year, on 25 April (Liberation Day), 2 June (Republic Day) and 4 November (National Unification and Armed Forces Day), the President of the Republic pays homage to the unknown soldier by placing a laurel wreath, in memory of all those who died for the homeland. A flame burns incessantly guarded by impassive honour guards. 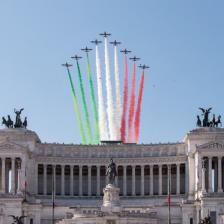 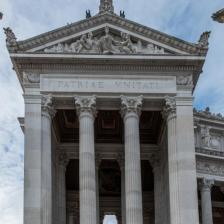 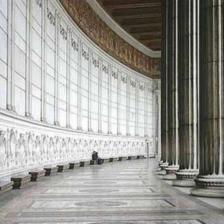 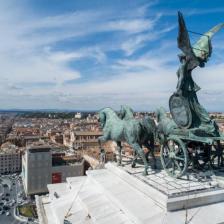 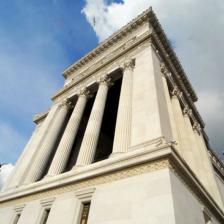