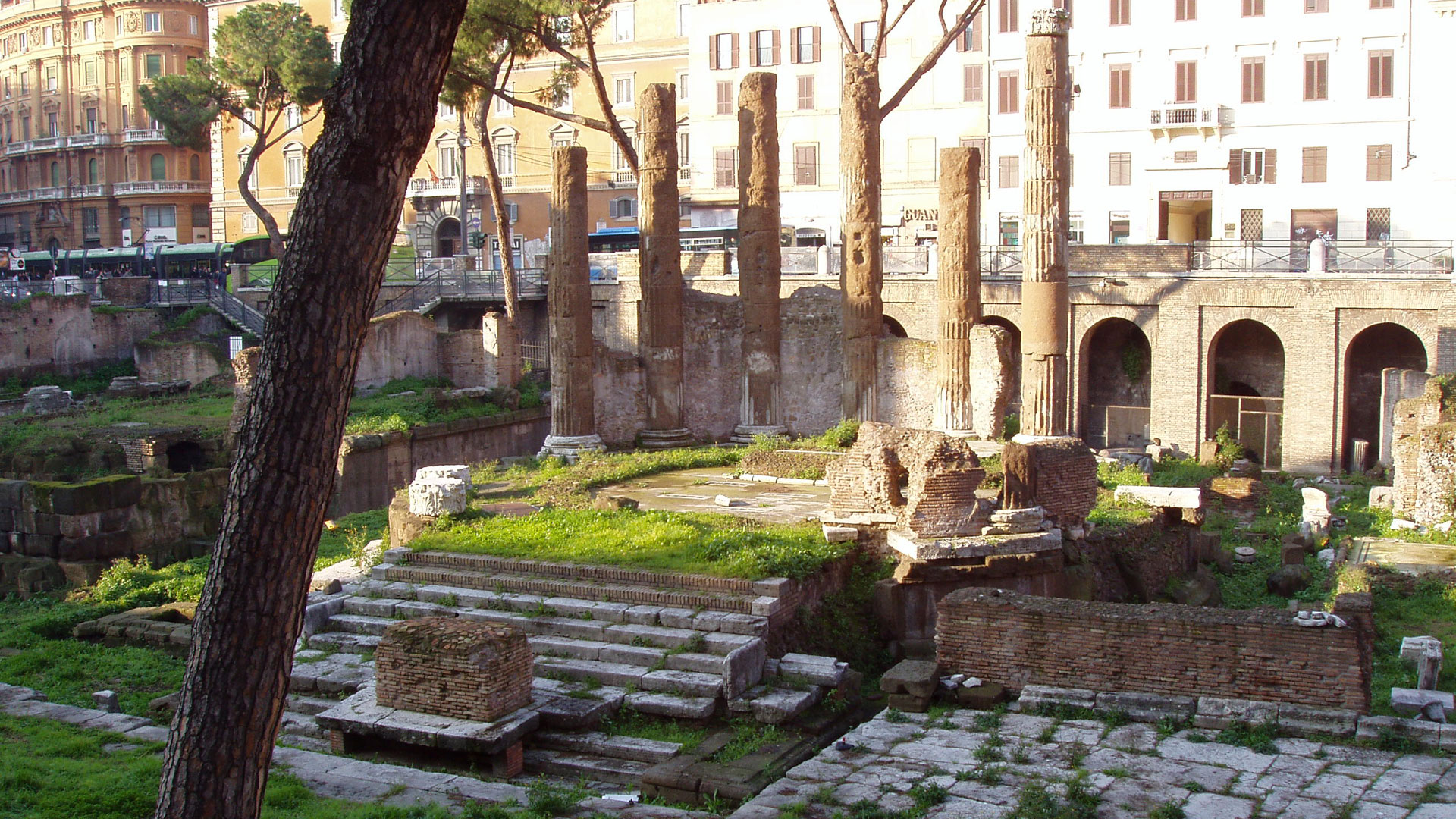 It is one of the most important archaeological sites of the city, with the remains of four temples from the Republican age ranging from the 4th century to the 2nd century BC and commonly indicated with the first four letters of the alphabet since their identification is not yet completely certain. The square and the site are named after Argentoratum, a Roman military outpost located in modern-day Strasbourg. This was the city of origin of Johannes Burckardt (Italianized in Giovanni Burcardo), master of ceremonies of Alexander VI Borgia, who called Argentina the tower included in his palace in Via del Sudario, cut off in the 19th century and now unrecognizable.

The area was discovered unexpectedly in 1926 during the demolition of the old neighborhood for the construction of new buildings and was excavated until 1928, with excavation essays until the seventies. Temple C is the most ancient of the four: it was built on the primitive countryside level between the end of the 4th and the beginning of the 3rd century BC and it was probably devoted to Feronia, the ancient Italic goddess of fertility. Smaller in size, temple A is probably the Temple of Juturna, built on the same level in the mid-3rd century BC.

Temple D, the largest of the four, dates back to 2nd century BC and was dedicated to the Lares Permarini or, according to other hypotheses, to the Nymphs. Probably after the devastating fire of 111 BC, over a thick layer of rubble a unitary tuff floor was created for the three temples, raising the entire square by over a meter. The construction of temple B, the only one with a circular plan, dates back to this phase. Most scholars identify it with the temple of Fortuna huiusce diei, the “Fortune of the Present Day”, built to celebrate the victory of the Romans against the Cimbri of Viterbo. The dedication to a female deity seems to be confirmed by the grandiose acrolith (a statue with head and bare parts in marble and the rest in bronze or other material) whose fragments are now preserved at the Centrale Montemartini museum.

In 80 AD another raging fire devastated much of the Campus Martius, including the Sacred Area which underwent a new transformation by the Emperor Domitian: the rubble was leveled and the travertine slab floor still visible was built above it. After the 5th century, the buildings were abandoned and the area was perhaps occupied by a monastic complex. Between the 8th and 9th centuries imposing structures were built in large blocks of tuff, perhaps aristocratic houses. The first evidence of the installation of a church inside temple A back to the 9th century. In 1132 the church was dedicated to St. Nicholas. Its 12th-century Cosmatesque floor, the apse decorated with a series of saints, and an altar are still visible. The small apse on the left side of the church dates back to the 14th century.

Inside the archaeological complex, behind temples B and C, a large tuff base is what remains of the Curia of Pompey, where the sessions of the Senate of Rome were held and where on the Ides of March, on March 15 44 BC, Julius Caesar was stabbed to death.

The monument is closed for restoration.
The area is, however, visible from outside.

The sacred area of Largo Argentina will be accessible and visitable for the first time in a systematic way by Romans and tourists thanks to a new act of cultural patronage. A donation worth 500,000 euros is, in fact, the subject of an agreement signed between Roma Capitale and Bvlgari that will allow to carry out a series of interventions aimed at a significant enhancement of the archaeological site (read more)