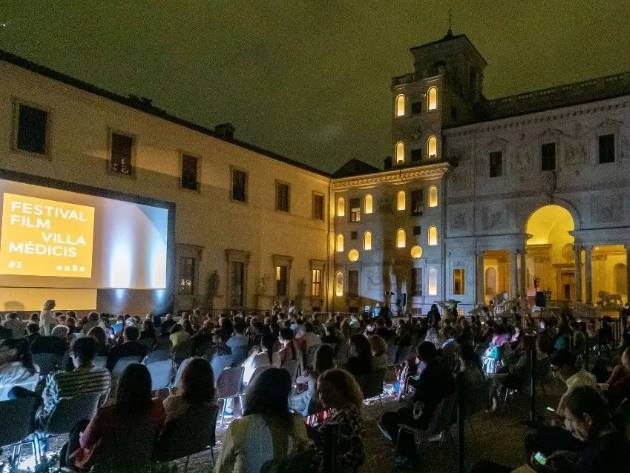 Villa Medici, home to the French Academy, hosts the second edition of the festival dedicated to cinema and contemporary art to explore new territories of creativity and cinematographic writings.

The event offers the public an immersive experience, transforming the villa with a majestic Renaissance profile into a showcase dedicated to cinema. Fourteen films are competing - documentaries, fiction or essays made in 2021 - and two prizes are awarded: the Villa Medici Prize for best film and the Jury Prize.

Every evening, parallel to the official competition, the spectators can gather around the Piazzale di Villa Medici for a programming of recent films aimed at all types of public for suggestive projections under the stars.

The festival program is completed by the out-of-competition films from the Focus selection, performances and meetings with the jury, including the artist, director and curator Marie Losier, the director Pietro Marcello, and the writer Sylvain Prudhomme.