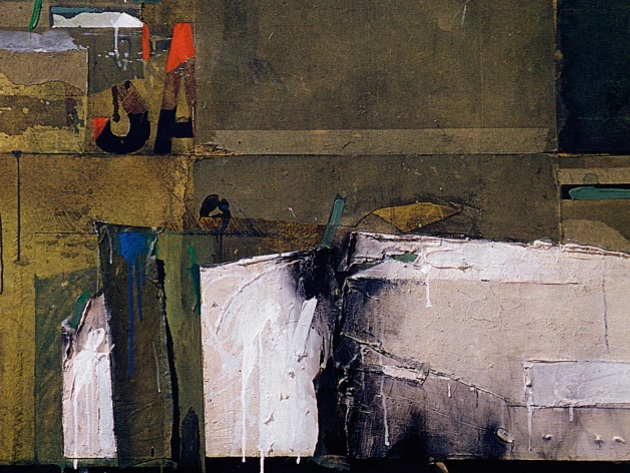 "My works have no reference to reality, as can be deduced from the captions and they are perfectly abstract, just as true contemporary art is abstract”

These words contain the poetics and vision of the art of the painter Piero Raspi, one of the leading exponents of the Italian informal period, whose first Roman anthological exhibition is held at the Casino dei Principi in Villa Torlonia.The exhibition, which traces the artistic evolution of the Spoletine painter (born in 1926) from the mid-fifties to the mid-2000s, tells the story of half a century of painting by a great artist about whom some of the most important critics have written such as Francesco Arcangeli, Giulio Carlo Argan, Maurizio Calvesi, Flavio Caroli, Pierre Restany.

The exhibition follows a chronological order going from the paintings of the informal period (1955-1961), to the papers made between the mid-sixties and the late seventies and the monochrome produced between the nineties and the two thousand. All works in which the main protagonist is always the material, declined in its many and infinite possibilities, initially treated by overlapping layers, or subsequently evoked, especially in the monochromes, in the spaces, in the lights and in the vibrant colors. In the alternation of techniques and materials, the two constants in his artistic career never fail: matter and geometry.

Among the most important paintings on display we remember, for example, Green Landscape of 1955 which marks the beginning of the informal period, Frontal of 1960 with which the painter won the eighth edition of the Spoleto Prize, Opéra Comique of 1964 present at the XXXII ° Biennale of Art of Venice and Aphia of 1978 from which monocolor painting began.The exhibition itinerary also includes some works by other Italian and foreign artists of the same informal current, gathered and presented by the Attico Gallery in Rome. Among these we point out the sculpture by Leoncillo Taglio Grande (Big Cut), from 1959.

Finally, five small-format works close the exhibition and document, with sketches and projects, the large steel wall sculpture set up permanently in Spoleto at the Albornoz Palace Hotel in 2001.

The exhibition, promoted by Roma Culture, the Capitoline Superintendence of Cultural Heritage supported by the Raspi Archive and sponsored by the Rome Quadrennial Foundation, is curated by Marco Tonelli Artistic Director of the Modern Art Gallery of Palazzo Collicola Spoleto.