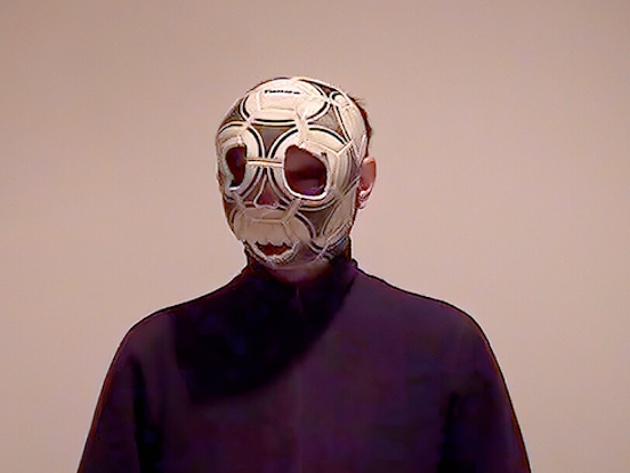 In this exhibition at the MACRO, the Argentine artist Nicolás Guagnini presents more than fifteen years of work dedicated to the dramaturgical structure of the “commedia dell’arte”, the main source of his inspiration. The exhibition space becomes a stage where the protagonists are the masks improvising farces: following a simple canvas, the works-characters come in and out, they exchange, from time to time the positions, relationships and attitudes.

During the two acts, a series of key works alternate, outlining the recurring themes in the artist's production and in the versatility of the expressive means with which Guagnini experiments: we therefore have the video-performance (Discharge, 2005; Tango 78, 2010; Clear Allegiance, 2012; Analysis, 2019), slide show and installation (The Middle Class Goes to Heaven, 2005–2006), print (wallpaper Notes on Dickface, 2014), painting (77 Testicular Imprints, 2007) , sculpture (Lumpen vitrified and glazed ceramics, Points of View and Raft, 2014; Aphasia Bagatelle, Decurion, and Divinity School - The Ice Queen, 2016). The floor of the room, during the exhibition, is almost entirely covered by an installation of printed sheets, with a conversation between the artist and Luca Lo Pinto which is the plot of the comedy, made available to visitors-spectators.

Nicolás Guagnini is an artist from Buenos Aires who lives and works in New York. His works are present in the collections of the Whitney Museum of American Art, the Center Pompidou in Paris and the Museum of Modern Art in Buenos Aires and São Paulo in Brazil. He has also published in many international journals, including October, Texte zur Kunst and Artforum.