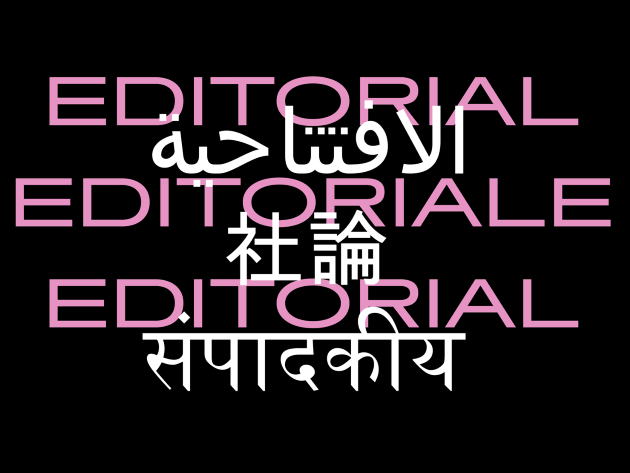 On 24 April 2020 Museo per l'Immaginazione Preventiva (Museum for Preventive Imagination) begins, a three-year program envisioned by the new Artistic Director of MACRO Luca Lo Pinto: a unique project that will evolve in a natural way until the end of 2022.
The title of the project is also a manifesto for the identity of MACRO in the future: it references and pays homage to the Ufficio per l’Immaginazione Preventiva (Bureau for a Preventive Imagination) set up in Rome in 1973 by Carlo Maurizio Benveduti, Tullio Catalano and Franco Falasca, with the aim of producing art capable of revolutionizing
the society. This experience is now reiterated inside a contemporary institution, to indicate its vision and its attitude: a museum that is not a container of exhibitions but an exhibition in its own right, seen as a form and place of constant production that reduces its distance from visitors, opening to generally less explored worlds such as design, publishing and experimental music.
Museo per l'Immaginazione Preventiva (Museum for Preventive Imagination) takes concrete form as a three-dimensional magazine, in which every space in the museum is reconceptualized as a specific article or column. The fluid architecture of MACRO becomes the grid of a page layout open to variegated contents and improvisation: a polyphonic cultural center where an editorial structure translates into a living form.

The event with which MACRO reopens, on 24 April after a phase of restyling and renovation of its spaces, is conceived as an “editorial” extending through the whole museum – including non-functional “inbetween” spaces – activating it with a series of works that form reflections on the role and identity of the museum institution on a conceptual and an architectural plane, while foreshadowing and suggesting the languages, imaginaries and artistic positions that will enliven the future program.

Museo per l'Immaginazione Preventiva –Editoriale (Museum for Preventive Imagination – Editorial) will grant visitors the chance to navigate through the spaces in an unusual situation, in which the museum will be taken back to the neutral condition of an initial phase. The works – some commissioned for the occasion, others already existing – will act as off-screen voices to produce an experience that is both disturbing and engaging, in a fragmented, rhizomatic landscape that combines apparently distant languages, disciplines, poetics and generations, making them resonate together. After this introduction, the grand opening of Museo per l'Immaginazione Preventiva (Museum for Preventive Imagination) will take place on 3 October 2020, the moment in which all the space-columns will function simultaneously for the first time, after which they will continue to progress in an autonomous, dynamic way.

The MACRO collection, not previously visible to the public, will surface from the storerooms under the guise of a series of images of works and the spaces in which they are stored, made by the photographer Giovanna Silva. This process will not only permit the visibility of the collection, reflecting on the status of the work in an era in which it is increasingly mediated by images; it will also activate a sort of metacollection, ready to welcome a new nucleus of works by young Italian artists, in a layering of time frames, generations and languages. While free admission is a foundation element of the relationship with visitors, this unfolds with emphasis on the institution itself, rather than individual events, as a continuous site of production of knowledge, where something is constantly happening. The connection of the spaces will permit fluid navigation while at the same time requiring the viewer to find links between the various elements, focusing on the gaps and overlaps between disciplines.