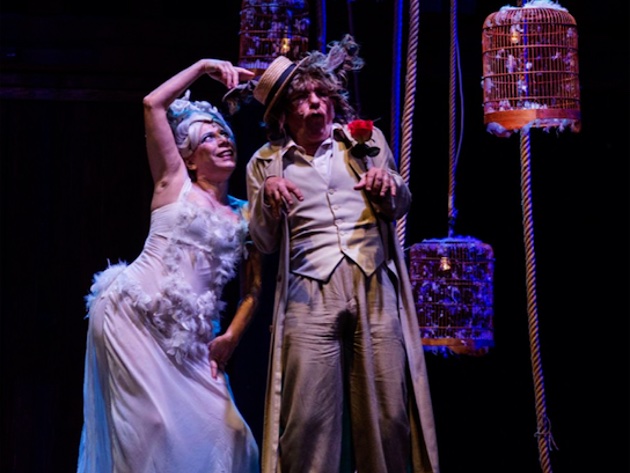 The show at the Globe, directed by Riccardo Cavallo, is perhaps the most famous of William Shakespeare's plays. Written around 1595, the work brings us back to a dreamlike and magical atmosphere already from the title itself, even if, as it is specified, the night in which most of the action takes place is that of Calendimaggio, that is the celebration of awakening of nature in spring.

The plot tells the story of the wedding of Theseus, Duke of Athens, and Hippolyte, queen of the Amazons, together with those of the two loving couples Ermia/Lysander and Elena/Demetrius who get lost and chase each other in a populated wood-labyrinth of fairies and elves in which the kings Oberon and Titania reign. In that almost unreal place, during the night, the world of mortals comes into contact with that of spirits and the two dimensions end up mirroring each other, almost becoming confused. In fact, in this bewitched world dominates the caprice, the despotism of Oberon who through the elf Puck plays tricks on mortals and Titania, to impose his dominion.

Within the work we can recognize the inspiration both from classical sources such as the Metamorphoses of Ovid and Apuleius, and from the folkloristic heritage of fairies and elves typical of England, recreated by the fervent imagination of the great playwright.