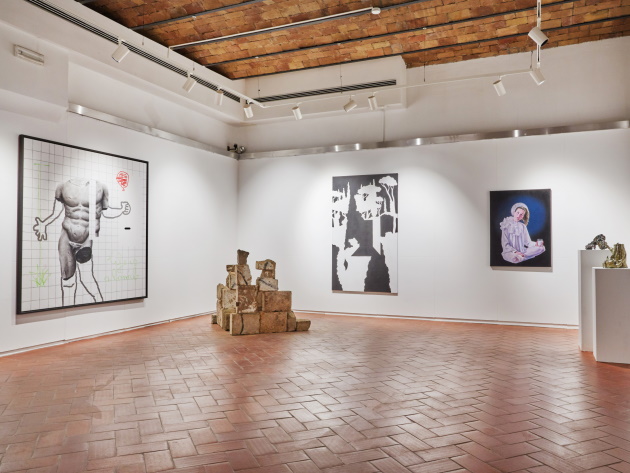 The Galleria d’Arte Moderna di Roma opens its doors to experimentation and contemporaneity by hosting and enhancing some of the most innovative Roman “artist run spaces”. The artists, mostly young, work and collaborate in art spaces and collective studios which are often located in the less central areas of the city, in former industrial areas, buildings and disused workshops, which have thus been transformed into new production centres, drivers of ideas and hubs of proposals.

The exhibition transports visitors among the plurality of voices and poetics of those realities that took part in the project and that contributed to bringing Rome back to the center of the national cultural scene: POST EX (Centocelle), CASTRO - Contemporary Art STudios ROma (Trastevere ), CONDOTTO 48 (Torre Angela), OFF1C1NA (Quadraro), OMBRELLONI (San Lorenzo), PAESE FORTUNA (Pietralata), SPAZIO MENSA (Via Salaria), SPAZIO IN SITU (Tor Bella Monaca).

A first part of the exhibition is dedicated to the different works made by the artists in their studios; a second part, to the creation of an “open studio” that allows the public to enter the heart of artistic production and, at the same time, to reflect on the theme of the artist’s work environment, both a space for self-representation and a meeting place.

The eight exhibition rooms are flanked by a further section that presents a selection of images taken from the photographic book “Vera”, designed by Damiana Leoni, which documents all the artistic realities involved in the project through the shots taken by four young photographers: Eleonora Cerri Pecorella, Salvatore Emanuele, Marta Scotti and Mohamed Keita.