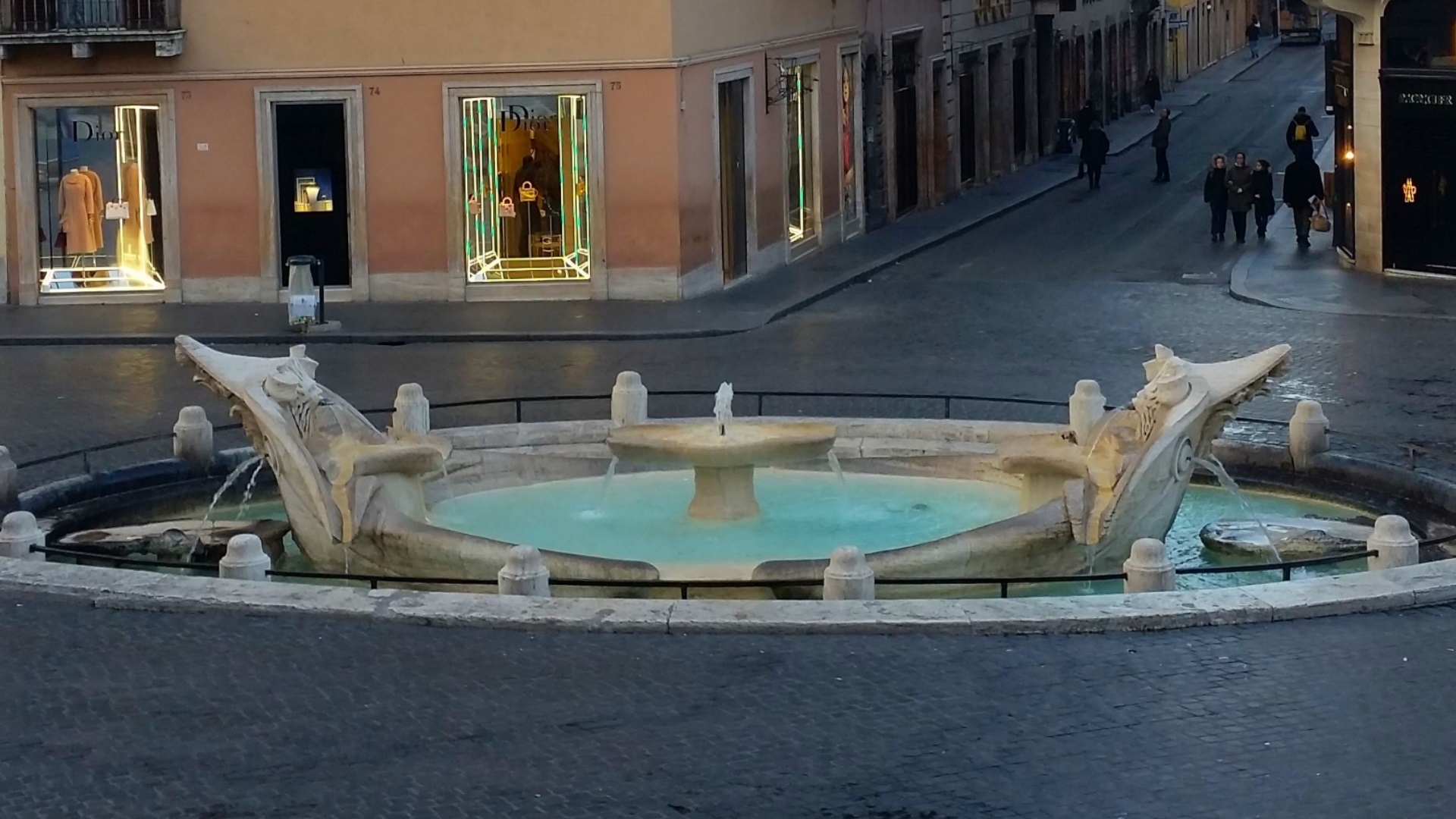 In the centre of Piazza di Spagna, at the foot of the spectacular Spanish Steps, is the fountain built between 1626 and 1629 by Pietro Bernini, father of the famous Gian Lorenzo, whose intervention cannot be excluded.

It was commissioned by Pope Urban VIII Barberini, who implemented a project of 1570 relating to the construction of public fountains in the main squares of Rome crossed by the renovated Virgin Aqueduct. The Aqueduct had too low pressure to allow the creation of jets or waterfalls. The problem was solved thanks to the masterful idea of ​​building a fountain that looked like a boat immersed in water, placed below the street level.

The Fontana della Barcaccia (Barcaccia Fountain) owes its name to the original project by Bernini. He designed an almost sculptural artwork, with wavy lines, inspired by a boat, and innovative compared to those built until then in the city. The theme of the monument refers to the flood of 1598, which allowed the boats to reach the place where the fountain now stands.

The unusual boat-shaped basin receives the water poured from an elongated central basin and two large suns, placed internally in the bow and stern of the hull. From the sides, realized to give the impression that the boat is sinking, the water overflows into the large basin below. Here, placed on the external sides in the bow and stern, as a frame to the papal coats of arms with the three bees, the symbol of the Barberini family, the openings of fake gunboats pour jets of water. 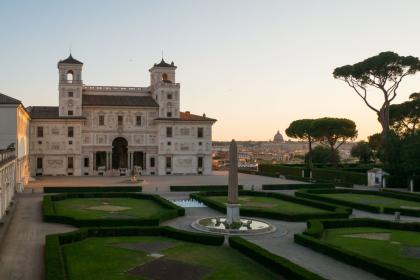