Basilica of St. Peter in the Vatican 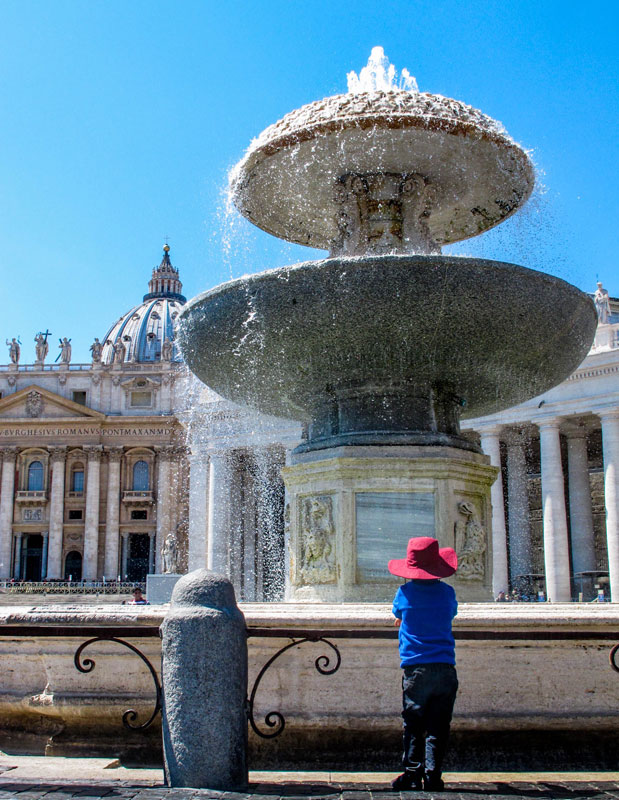 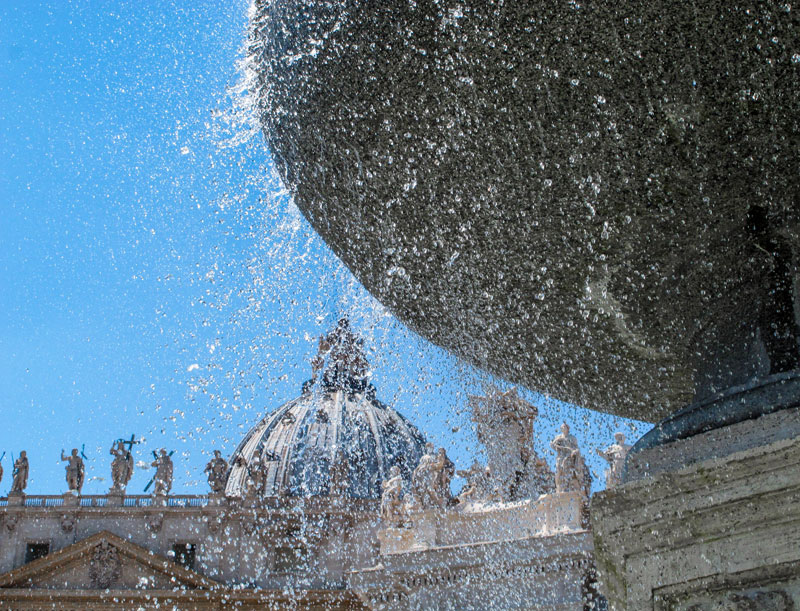 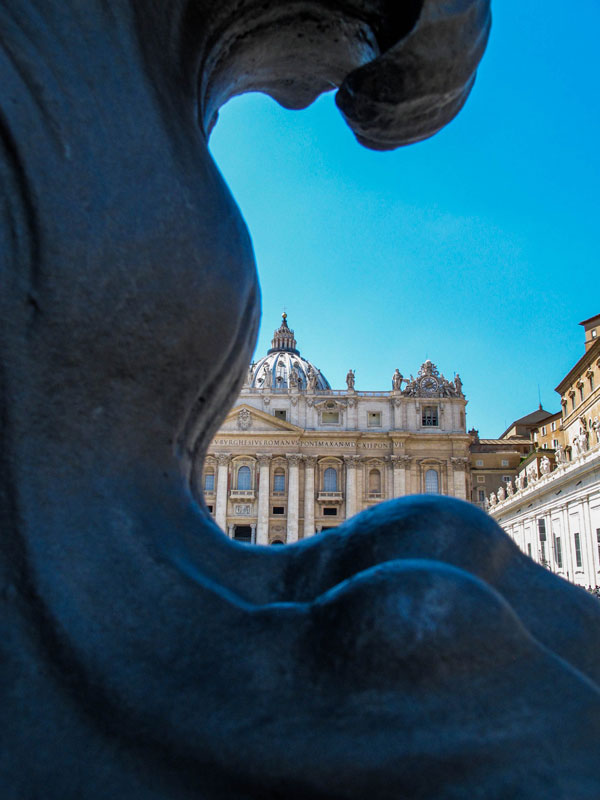 The original Saint Peter’s Basilica, a building of a dimension comparable to the current one, was erected around 320 by the emperor Constantine in the place where, according to tradition, the apostle Peter was buried.

From the mid-fifteenth century began that long process which, in about two hundred years and with the help of many artists (Bramante, Michelangelo, Bernini), led to the complete reconstruction of the primitive Constantinian basilica.

Even the current Piazza San Pietro with its splendid colonnade had a completely different form: today’s appearance is a true masterpiece by Gian Lorenzo Bernini.

The imposing seventeenth-century facade by Carlo Maderno conveys the exceptional size of the Basilica, still one of the largest churches in the world. 115 meters long and preceded by a staircase with three-level grounds, the facade has Corinthian pilasters and columns and is surmounted by an attic crowned by thirteen colossal statues.

At the centre is the Loggia delle Benedizioni: from here the Pope blesses the believers on the most solemn occasions and the election of each new pontiff is announced to the world. The Holy Door, whose opening officially begins the Holy Year, is the last one on the right.

Designed by Michelangelo and completed by Della Porta and Fontana in 1588-89, the dome surprises for size and harmony, characteristics that are appreciated in the demanding but gratifying climb that allows you to discover its construction secrets. Arriving on the terrace, the 330 steps of the staircase lead to an internal circular corridor from which you can see closely the mosaics realized by Cavalier d’Arpino in 1605.

Entering the Basilica, in the first chapel of the right aisle, you can admire the most famous masterpiece of San Pietro, Michelangelo's Pietà (1498-99): a marble work, created by the artist when he was 23, that enchants with its technical perfection and emotional impact.

At the centre of the Basilica, above the papal altar, stands Bernini's bronze canopy, commissioned by Urbano VIII Barberini, with the huge twisted columns, among which tendrils are placed the Barberini bees, the symbol of the family. On the marble bases supporting the columns, a woman's face is depicted seven times, from the conception to the birth of a child, represented in the last frieze.

It is a work by the young Borromini to magnify the Mater Ecclesia, Mother Church of all the other churches. In the underlying Confession by Maderno, 99 perpetual lamps illuminate Peter’s tomb.

On the apse wall, the Cathedra Petri, actually not visible, is preserved inside a majestic Baroque composition created by Bernini. The monument is in gilded bronze, 7 meters high, supported by bronze statues depicting the Doctors of the Greek and Latin Church. Above, a triumph of angels and cherubs, among clouds and lightning rays, filtered by the light of the oval window with white and yellow glasses on which the dove, symbol of the Holy Spirit, stands out.

Among the most important monuments, not to be missed the tomb of Pius VII in the Clementine Chapel, by Bertel Thorvaldsen; the gilt bronze tomb of Innocent VIII, made by Pollaiolo (1498), the oldest of the funeral monuments in the basilica; Bernini's monument to Urbano VIII; the monument to Clement XIII by Antonio Canova (1784-92), and the funeral stele known as Monumento Stuart, by Antonio Canova.

Inside the Basilica, there is the Treasury Museum of St. Peter's Basilica. Of great historical and artistic interest, the itinerary develops in nine exhibition rooms with unique works dating from the 4th to the 19th century ordered according to a chronological criterion and preserves sacred vestments and precious objects offered for devotion.

Particularly interesting are a ciborium by Donatello, the "Monument to Sixtus IV" by Pollaiolo, the cross and candelabra in gilded silver by A. Gentili (1582), the "Sarcophagus of Giunio Basso" (4th century), the Crux Vaticana, or Cross of Justin II (6th century), a historiated dalmatic from the early Middle Ages, a gilded metal rooster (9th century) which adorned the bell tower of the first Constantinian Basilica.

An integral part of the Basilica are the Vatican Grottoes, located between the floor of the Constantinian basilica and the present one: here are the burials of many Pontiffs, such as Pius XII, Paul VI, John Paul I and John Paul II.

From the grottoes, where chapels, statues, monuments and tombs follow one another, you can enter the Pre-Constantinian Necropolis. In this place, together with mausoleums of the 2nd-4th century, there is a modest monument, but that represents the foundation of the Church of Rome: the tomb of Peter. 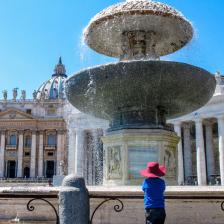 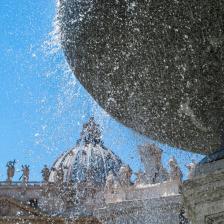 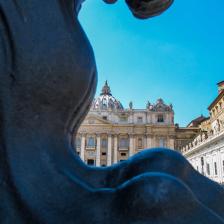