The World of Banksy - The Immersive Experience 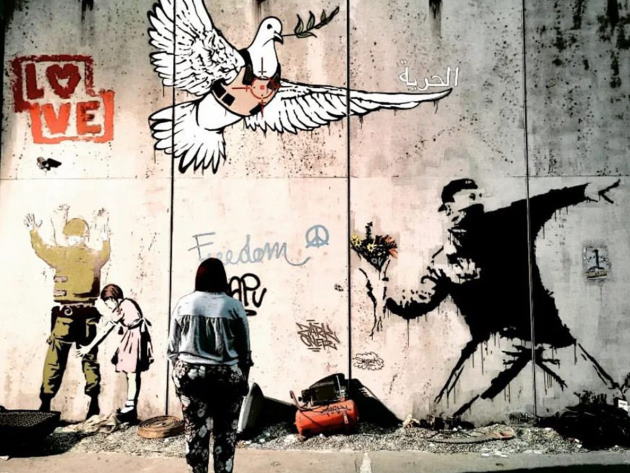 A unique exhibition dedicated to one of the most iconic street artists, a contemporary myth fueled by the halo of mystery surrounding his identity, beloved by the younger generations and capable of engaging a vast and heterogeneous audience. After attracting millions of visitors to Europe’s most renowned galleries, Banksy’s disorienting, original and incisive works reach the Rome Tiburtina Station Commercial Gallery, taking visitors on a journey around the world, to the often unexpected places where the artist has left his mark, from the United Kingdom to France, from Australia to Mali and Bethlehem.

The more than 100 works on display trace the entire output of the British artist, from the very early stage of his career to his final years, from paintings made with the hand-graffiti technique to those executed with the stencil, which allows for faster execution. Reproductions of murals allow visitors to rediscover Banksy’s most celebrated masterpieces, from Girl with Balloon to Flower Thrower and Mobile Lovers, and to immerse themselves in a world full of insights into the system and society in which we live.

Alongside the traditional exhibition narrative, in the special iBanksy video section the most iconic artworks of the mysterious street artist also become animated thanks to short videos that tell the story and social critique behind the murals found around the world.