Giovanni Hajnal. In Dante's footsteps from reading to graphic sign 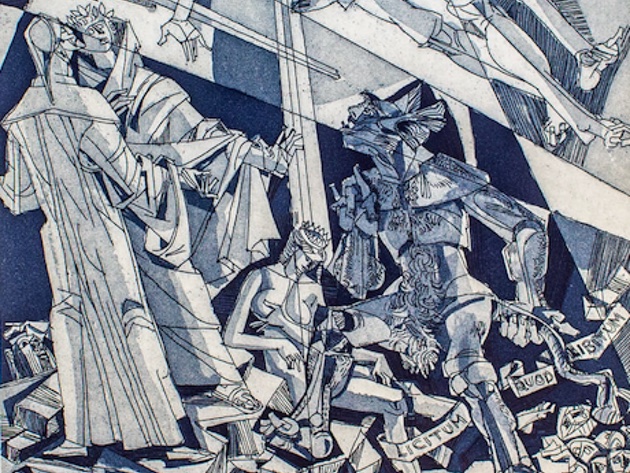 The exhibition, in Hendrik Christian Andersen's house-atelier, a small museum-jewel not far from Piazza del Popolo, was born as part of the celebrations for the 700th anniversary of the death of the Supreme Poet. On display are the etchings made by the Hungarian artist Giovanni Hajnal who reinterprets the most interesting passages of Dante Alighieri's Divine Comedy in a very personal way.

In fact, since 1980, the artist has developed the idea of ​​illustrating episodes of Dante's work from which he was particularly impressed. The works on display are full of great expressiveness and mark, through a multiform stylistic process that spans over twenty years, Dante's journey into the three kingdoms of the underworld.The figures are characterized by marked lines, geometric shapes, imposing volumes and horror vacui. Hajnal's is an innovative figurative language that manages to harmonize the Nordic expressive culture with a Mediterranean style. The engravings on display express the whole range of human feelings, fears and hopes of a humanity in search of absolution: the artist introduces the existential discomfort of modern man through formal anti-naturalism into the symbolic message of the work, graphic distortions, compositional dynamism.The choice of exhibiting the works of the Hungarian artist at the Hendrik Christian Andersen Museum is not a coincidence; even the Norwegian naturalized American sculptor Andersen, in fact, depicted Dante's themes. In 1921 he created a marble bas-relief depicting Dante and Beatrice in two versions, one kept in the Museum, the other in the cloister of the Abbey of Vallombrosa (Reggello, Florence) where he used to stay during the summer.

The exhibition, curated by Mariastella Margozzi and Laura Salerno, thus offers us the opportunity to admire the work of this extraordinary multifaceted artist deeply linked to the culture of our country.