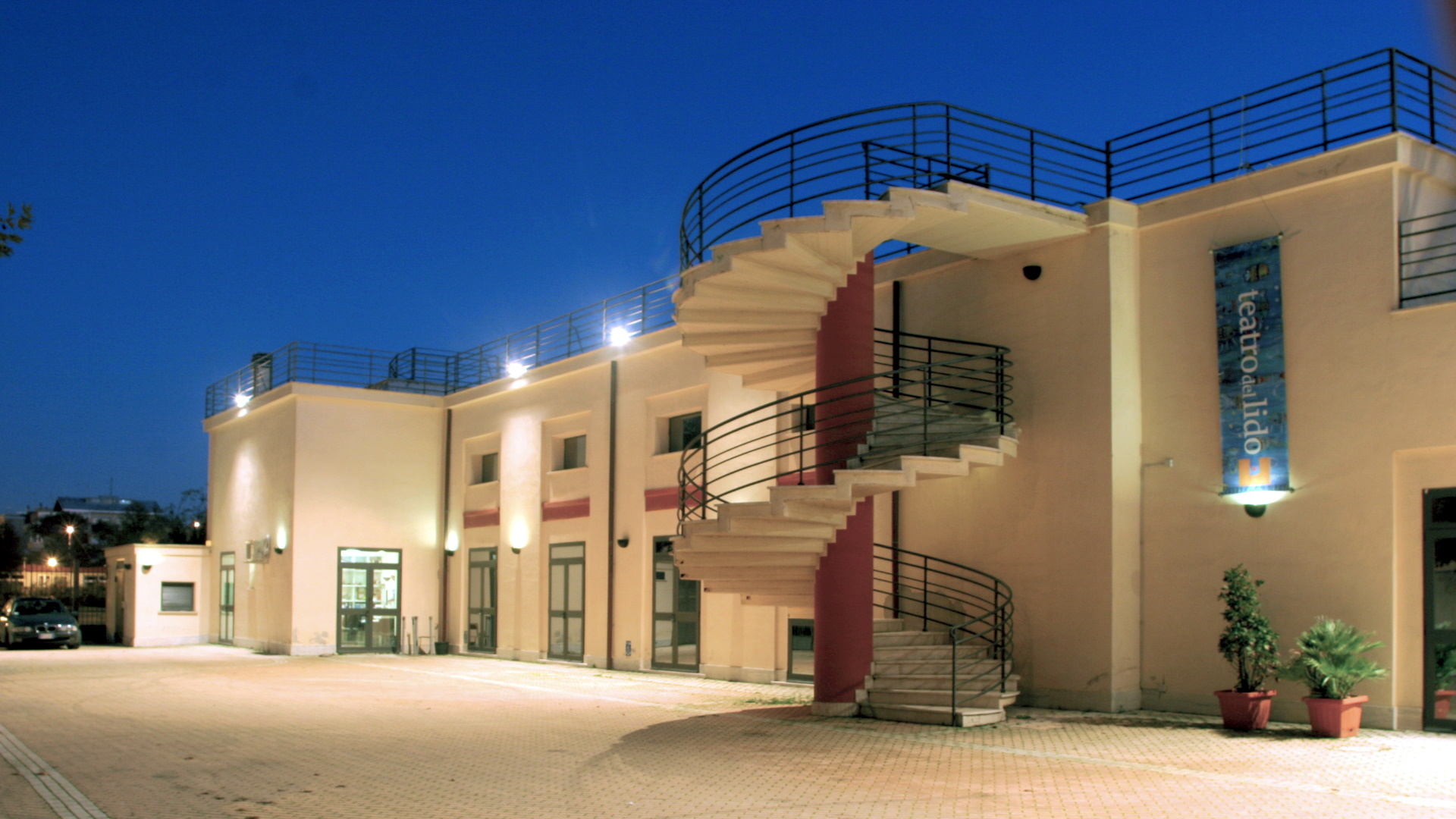 Located a few steps from the sea, the Lido di Ostia Theatre is located within the former Vittorio Emanuele III marine colony, a complex built in the 1920s and subject to extensive renovations by the Municipality of Rome from 1999 to 2003.

Currently, in addition to the theatre, the Vittorio Emanuele III complex hosts various social and cultural activities, including the Elsa Morante Library and the Almayer bookshop.

The theatre was born thanks to an environmental requalification intervention originated to support the socio-cultural needs of the territory, a peripheral city context, that of the former Municipality, which has the peculiar characteristic of being a municipality geographically "detached" from the urban context, endowed with strong cultural interactions with the neighboring coastal municipalities and, for some aspects, with the characteristics of a municipality in its own right.

Multidisciplinary and multifunctional space, the theatre responds to the most heterogeneous requests, offering creative and original ideas: it hosts collaborations with established artists, is aimed at schools, associations, and elderly centres, and is a venue for national and local theatre events.

For opening times and visiting condition, please check the contacts