History of the drainage | Turismo Roma
Skip to main content

History of the drainage 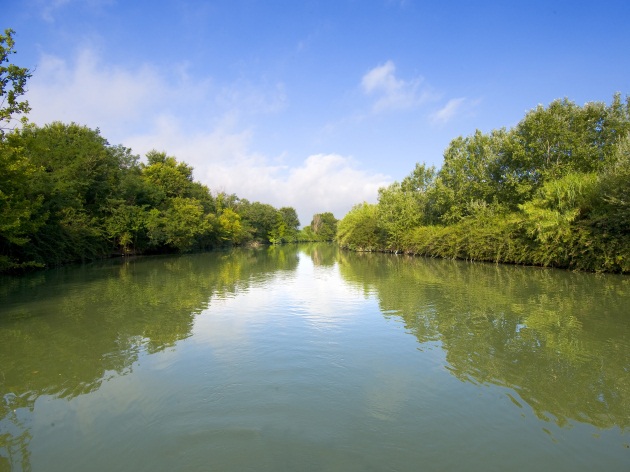 The coast often evokes images related to the sea, sun and fun. Few know the history of the drainage of Ostia. Here, in the 19th century, arrived laborers mainly from the province of Ravenna, who provided their expertise to drain the marshes and clear unhealthy areas.

Marshes alternated with wooded areas, therefore water stagnated and did not drain to the sea. A first attempt to reclaim the area was implemented by the Papal States between 1858 and 1868. The goal, ambitious for that time, was to make the land productive draining the pond to make it cultivable, and, to do that, a company, the ‘Pio Ostiense’, was founded with French capital.

The first attempt was carried out by a French engineer, Froyer. The recovery was short-lived; the situation is well described by Lattanzi in his essay Pane e Lavoro, Storia di una colonia cooperativa: i braccianti romagnoli e la bonifica di Ostia [Bread and Work, History of a cooperative colony: the laborers from Romagna and the drainage of Ostia] when he says: «The intention of the Frenchman was certainly appreciable and later proponents of the drainage “by filling” will be numerous and determined, but his feverish activity faced different problems due both to the nature of the place and to a miscalculation of the slope of the penstock linking the Tiber to the pond. The delta area, in fact, lent itself to little works of hydraulic engineering: the dense vegetation and the continued unevenness of the land caused continual difficulties, while an intricate maze of “gutters” and “pools” required to employ significant financial resources and technologies that were not yet available. In a short time, dams, canals and stockades, called “passonate”, were swallowed up by the swamp, determining the failure of the attempt».

The supporters of the drainage were not discouraged and committed the next attempt to Prof. Guidi and the engineer Fumaroli, respectively designer and constructor of the new dewatering machine. Also this procedure proved to be a failure. The incorrect analysis and the miscalculations led to a series of unsuccessful results, including the attempt to create a series of locks that, because of poor maintenance, led to yet another failure.

They tried a system called “continuous mouth”, but nothing! With the United State the operation became even more urgent: it was inconceivable that the coastline of the Capital of the kingdom was in still so unhealthy conditions. Several committees in different years did inspections to check what it had to be done, they resumed the attempts but failed once again. After the works in 1873, a health centre was established in Ostia. In 1884, 500 laborers arrived from Ravenna, the real protagonists of the drainage of the area.