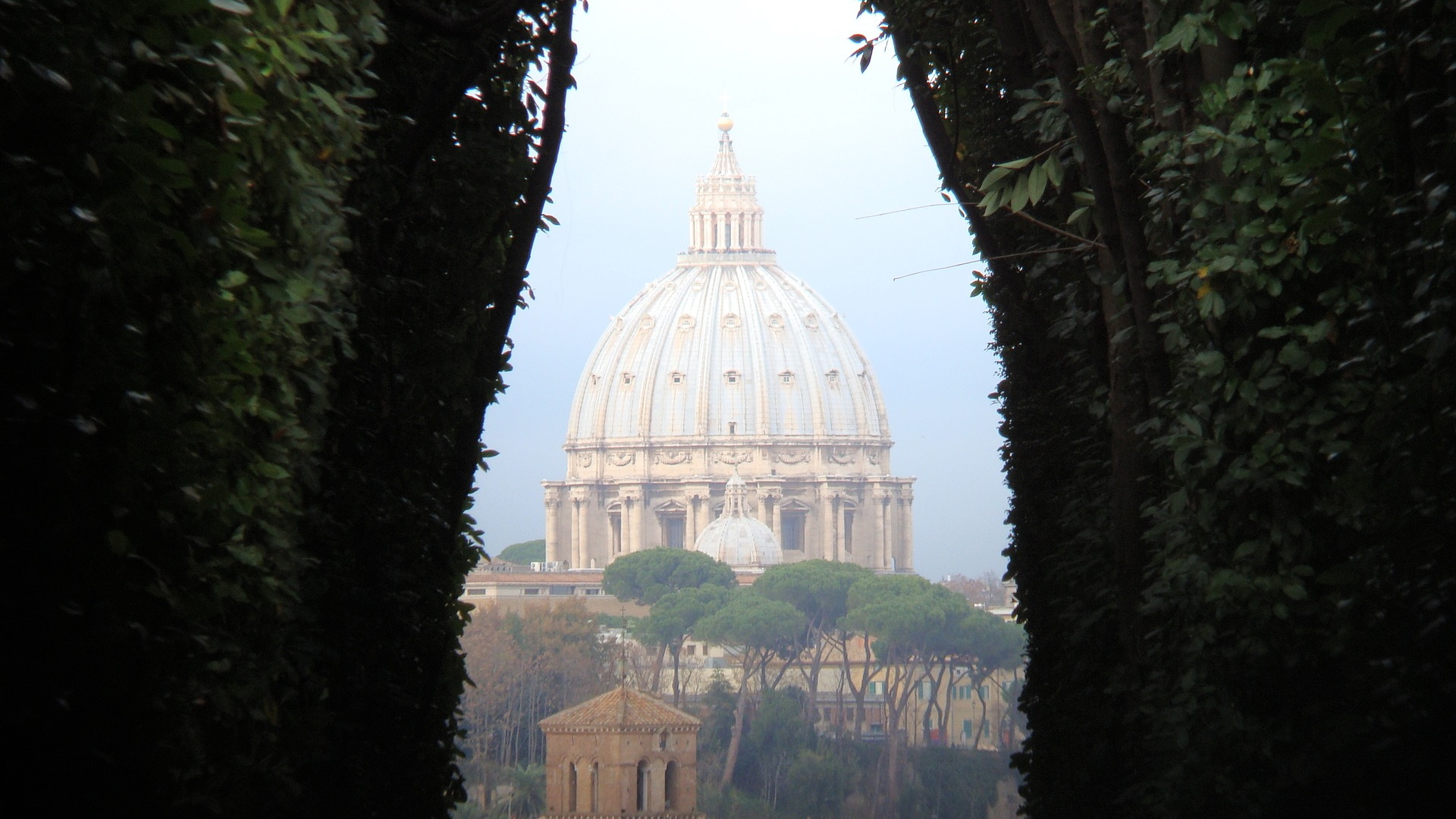 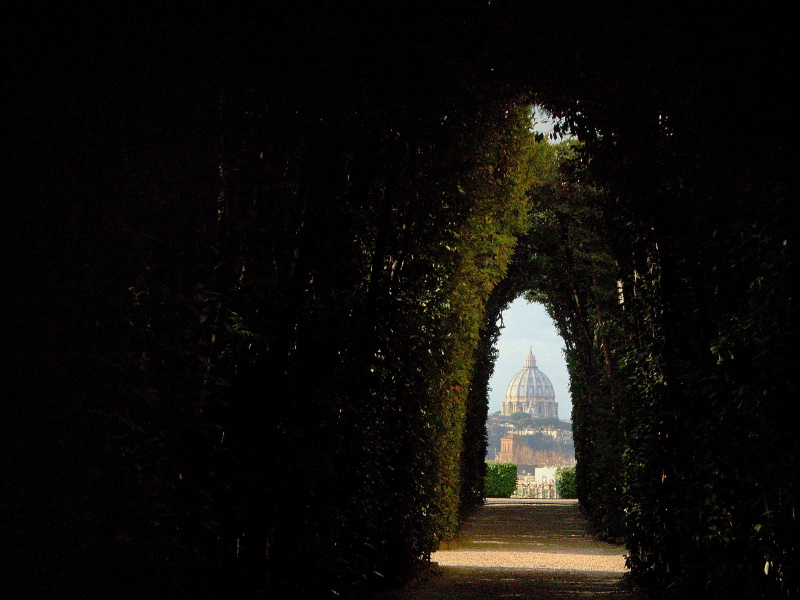 The Villa del Priorato di Malta stands on the Aventine Hill. It is the historic seat of the Grand Priory of Rome of the Knights of Malta, today the Sovereign Military Order of Malta, which houses the embassy to the Italian Republic. He has enjoyed the right of extraterritoriality since 1869.

The site, overlooking the Emporio del Tevere, was already occupied by a fortified Benedictine monastery in the 10th century. It then passed to the Templars and, after their destruction, to the Knights Hospitallers, predecessors of the current Order, who established their Priory there. The palace hosted Alberico II Crescenzi, son of Marozia, queen consort of Italy, famous for her beauty and unscrupulousness.

The villa was subject to radical restorations between the 15th and 17th centuries. In 1765, Cardinal Rezzonico, the nephew of Clement XIII, entrusted Giovanni Battista Piranesi with the renovation of the Priory entrance. The result, the author's only architectural work, was the extraordinary 18th-century square on which the entrance portal to the villa opens, an almost unique example in Rome of a Rococo urban setting, decorated with war trophies that allude to the exploits of the Knights of Malta and with the coats of arms of the Rezzonico family. The size and layout of the square allude to the armilustrium, the feast held in honor of Mars in October to purify the Roman army before quartering it for the winter. After the review at the Circus Maximus, the soldiers climbed the Aventine hill in procession to sacrifice to the god. The small square, however, is known above all because from the keyhole of the entrance gate, you can enjoy one of the most evocative views of the dome of St. Peter's Basilica, perfectly framed at the bottom of the villa's garden.

The villa has its ideal center in the church of Santa Maria del Priorato, inside the garden, also renovated by Piranesi, who decorated it with very elegant stuccoes. The iconographic project, carried out with great care and refinement, repeats everywhere - from the external square to the church, to the garden furnishings - symbolic elements such as the snake, the ship, the cross, and then weapons and military emblems that allude to the military history of the Order. Outside, the small church evokes the architectural model of a Roman temple. The internal decoration, on the other hand, integrates the baroque and counter-reformist fantasy with classical memories. The second chapel on the right hosts is Piranesi's cenotaph, a full-length portrait wearing a toga, holding sheets of drawings. The artist is leaning against a herm vaguely resembling Cicero, on which the tools of the engraver carved on it.

The Villa del Priorato should not be confused with Villa Malta or Villa delle Rose on the Pincio: the latter, built in the 16th century by the Orsini on the site of a small country residence called La Vignola, took the name of Villa Malta from the Balí de Breteuil, representative of the Order of Malta in Rome, who lived there in the mid-18th century. With its turret demolished in 1878, it was depicted by Frederic Leighton's painting in his Villa Malta in Rome. 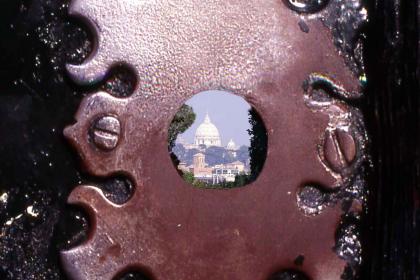 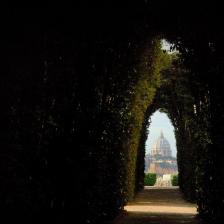