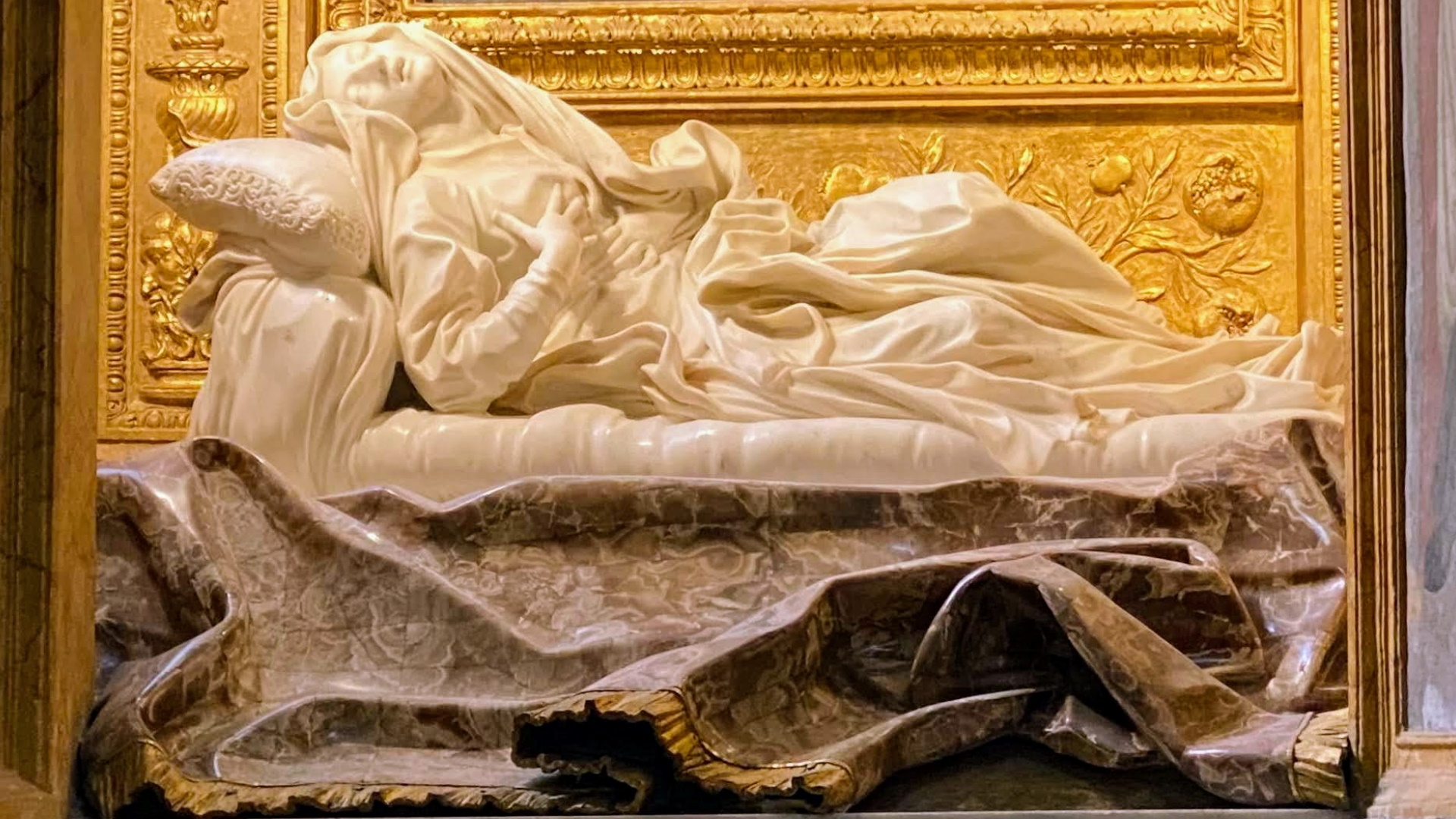 Located in the historic Trastevere district, San Francesco a Ripa Grande is the first Franciscan church in Rome, today a Sanctuary, and the place where St. Francis of Assisi stayed during his Roman visits to Pope Innocent III.

The complex stands on the site of the ancient hospital for the care and reception of the poor, dedicated to San Biagio and dating back to the 10th century. Starting from 1681 it was the object of a radical restoration by the architect Mattia de Rossi. The work ended in 1701.

The austere Baroque façade, built in 1682, has two orders with Doric pilasters. The interior has three naves with a Latin cross and three chapels in the right nave and three in the left. The environment is typical Franciscan, without luxury or excess, but enriched by numerous artistic creations and funeral monuments.

Thanks to Jacopa de ’Settesoli, a fervent Franciscan devotee, Saint Francis lived and prayed at the hospice of San Biagio, run by the Benedictines of Ripa Grande. After his death, the small cell became a place of prayer and devotion, but risked being demolished due to the renovation works.
Fortunately, the fierce opposition of the friars, and the intervention of Cardinal Mattei protector of the Order, foiled its dismantling. Legend has it that it was the saint himself, who appeared in a dream to Cardinal Alessandro Montalto Peretti, to prevent its destruction. The Sacred Cell was, therefore, saved and restored.

CHAPEL OF PALLUZZI ALBERTONI
This chapel, designed by the architect Giacomo Mola in 1625, houses the extraordinary recumbent statue depicting the Ecstasy of Blessed Ludovica Albertoni (1675), the last work of the great sculptor Gian Lorenzo Bernini. Ludovica, who lived and worked in Rome between 1473 and 1533 and dedicated her life to the poors and orphans, is today the Patroness of the tertiary friars of the Roman Secular Franciscan Order and Co-patron of the City of Rome. Also of particular interest is the altarpiece by Giovan Battista Gaulli called Baciccia (1675) which depicts Sant’Anna.

CHAPEL OF SAN GIOVANNI DA CAPESTRANO
Designed by the architect Carlo Fontana, the chapel is located in the right aisle of the Church. The altarpiece, the canvases on the walls and the frescoes on the vault are by Domenico Muratori and depict scenes from the life of the saint.

ANNUNCIATION CHAPEL
The altarpiece of this chapel is a painting on wood by Cecchino (Francesco) Salviati from 1535 which reproduces the Annunciation to Mary.

CHAPEL OF GIORGIO DE CHIRICO
In 1992 the mortal remains of the great artist Giorgio de Chirico were transferred from the Verano cemetery to the church of San Francesco a Ripa. The widow of the painter, great devotee of the Saint of Assisi, gave the Franciscan friars three paintings of the Master to be placed in the chapel of the tomb. These included La Caduta or Salita al Calvario, canvas of vast proportions (185 x 160 cm), and the most important sacred work of the "Pictor Optimus", as the epigraph carved on its tombstone says.

In the Sacristy, inside a spectacular apparatus of baroque cabinets, is a copy of one of the first portraits of St. Francis, painted on a wood by Margaritone d’Arezzo. The original painting can be admired inside the Vatican Museums.