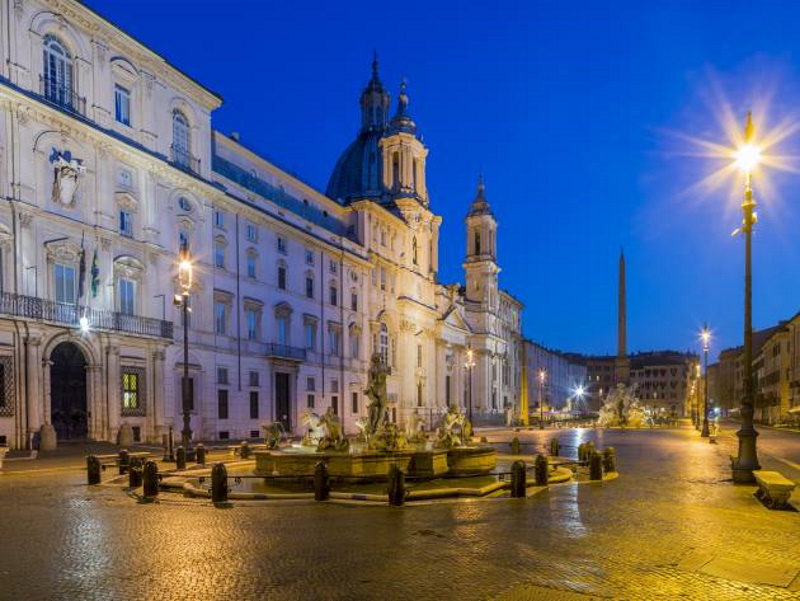 To unify the different pre-existing properties on Piazza Pasquino in a single building, Girolamo Rinaldi (1570- 1655), built a palace on the orders of Giovanni Battista Pamphilj, who in 1644 had become Pope Innocent X (1644-1655).

Its construction went hand in hand with the arrangement of Piazza Navona and the elevation of the Church of Sant'Agnese in Agone. In the ten years of his pontificate, Innocent X and his family accumulated huge wealth. Donna Olimpia Maidalchini, the Pope's sister-in-law and advisor, the target of several "pasquinades", particularly distinguished herself.

Placed just behind the Palace, the famous talking statue nicknamed her Olimpia, that in Latin means once virtuous.

In the 18th century, the Pamphiljs extinct in the Dorias, and after various events that saw the Palace transformed into a pensioner, in 1920, it passed to the Brazilian State which bought it and placed its Embassy there in 1960.

The grandiose Palazzo has rooms frescoed by various 17th-century artists such as Pietro da Cortona, Agostino Tassi, and Giacinto Brandi. Do not miss the amazing Salone Palestrina, used for parties and concerts, and the splendid gallery designed by Borromini and decorated by Pietro da Cortona with scenes from Enea's life.

Recent renovations have brought the facade back to the pastel blue color it had in the 1700s.

Free guided tours at 3.30 p.m. on Tuesdays in Italian and Thursdays in Portuguese
Reservation compulsory on the website: http://roma.itamaraty.gov.br/it/prenotazione_visita_guidata.xml

Wednesdays, at the same time, are reserved for cultural associations that come with their own guide and reservations must be made at visitas.roma@itamaraty.gov.br 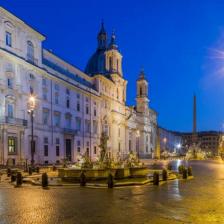