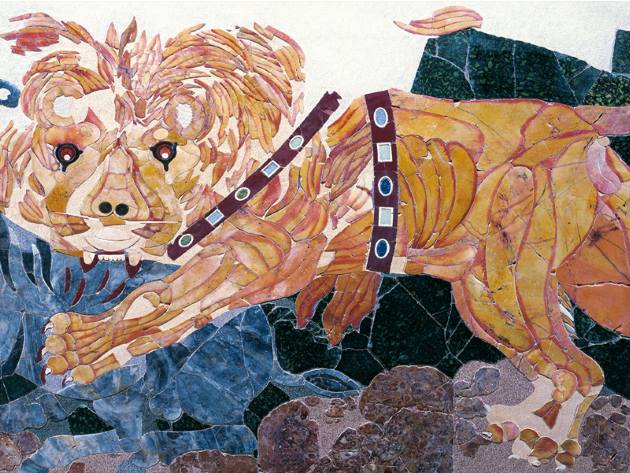 On September 2016, after a complex restoration and reorganization of the structures by the Ministero dei Beni e delle Attività Culturali e del Turismo, MuCiv - Museo delle Civiltà was born.

Its institution regroups five important sections: the Museo Nazionale Preistorico Etnografico Luigi Pigorini, the Museo Nazionale delle Arti e Tradizioni Popolari Lamberto Loria, the Museo Nazionale dell'Alto Medioevo Alessandra Vaccaro all located in the monumental part of the EUR district, the Museo Nazionale d'Arte Orientale Giuseppe Tucci which, from the historic headquarters of Palazzo Brancaccio in Via Merulana was transferred to the Eur in the Palazzo delle Scienze, and the Museo Italo Africano Ilaria Alpi. The establishment of this important place of culture intends to manage, enhance and promote in a unified and innovative way unique archaeological and ethnographic collections.

The Museo Nazionale Preistorico Etnografico Luigi Pigorini, founded by the palethnologist Luigi Pigorini, with the aim of illustrating the prehistoric testimonies of Italy and those of the current populations, in order to compare the different stages of development of cultures, was inaugurated in 1876 in the Collegio Romano building; between 1962 and 1977 it was transferred to the current head office of the EUR district. In the new layout, inaugurated in 1994, the structure is organized into two sectors: one dedicated to Prehistory and one to Ethnography.

The Museo Nazionale delle Arti e Tradizioni Popolari Lamberto Loria, formed around the nucleus of the collection of Lamberto Loria, it was enriched with objects from all over Italy in 1911 for the Exhibition of Italian Ethnography, as part of the celebrations for the 50th anniversary of the Unity of Italy. The Museum preserves over one hundred thousand testimonies of traditional Italian culture, from the 16th to the 20th century, including around 700 regional costumes, over 4 thousand jewels, more than 6 thousand wooden artefacts including work tools and folk crafts and about 5 thousand ceramics.

The Museo Nazionale dell'Alto Medioevo Alessandra Vaccaro was inaugurated in 1967. It displays finds coming mainly from Roman contexts and from central Italy and ranging from the late-ancient period to the early Middle Ages. Funerary objects, marble furnishings from Lazio churches and ceramic materials recovered in the area of the Roman Forum.

The Museo Nazionale d'Arte Orientale Giuseppe Tucci, established in 1957 and inaugurated the following year, thanks to an agreement between the Ministero della Pubblica Istruzione and the former IsMEO (Italian Institute for the Middle and Far East), today IsIAO (Italian Institute for Africa and the 'Oriente), which granted its collections. The permanent exhibition is divided into the following sections: Ancient Near and Middle East, India, Gandhara, Tibet and Nepal, Southeast Asia and the Far East. Currently, pending the definitive re-fitting planned for the end of 2019, it is possible to visit the temporary exhibition "Open for works", a collection of over 650 objects exhibited in the rooms of the Pigorini Museum.

The Museo Italo Africano Ilaria Alpi, the collection of the former Colonial Museum of Rome, born in 1923 to make Italian colonial "feats" known, grew until the beginning of the Second World War. Passed to the Ministry for Cultural Heritage and Activities in 2017, the collection currently includes 12,000 objects -  ethnographic, historical, artistic, anthropological, archaeological, and architectural, connected to natural sciences and geographical explorations - collected or created during the Italian military and colonial experience in Africa. The exhibition path is currently in phase of planning.