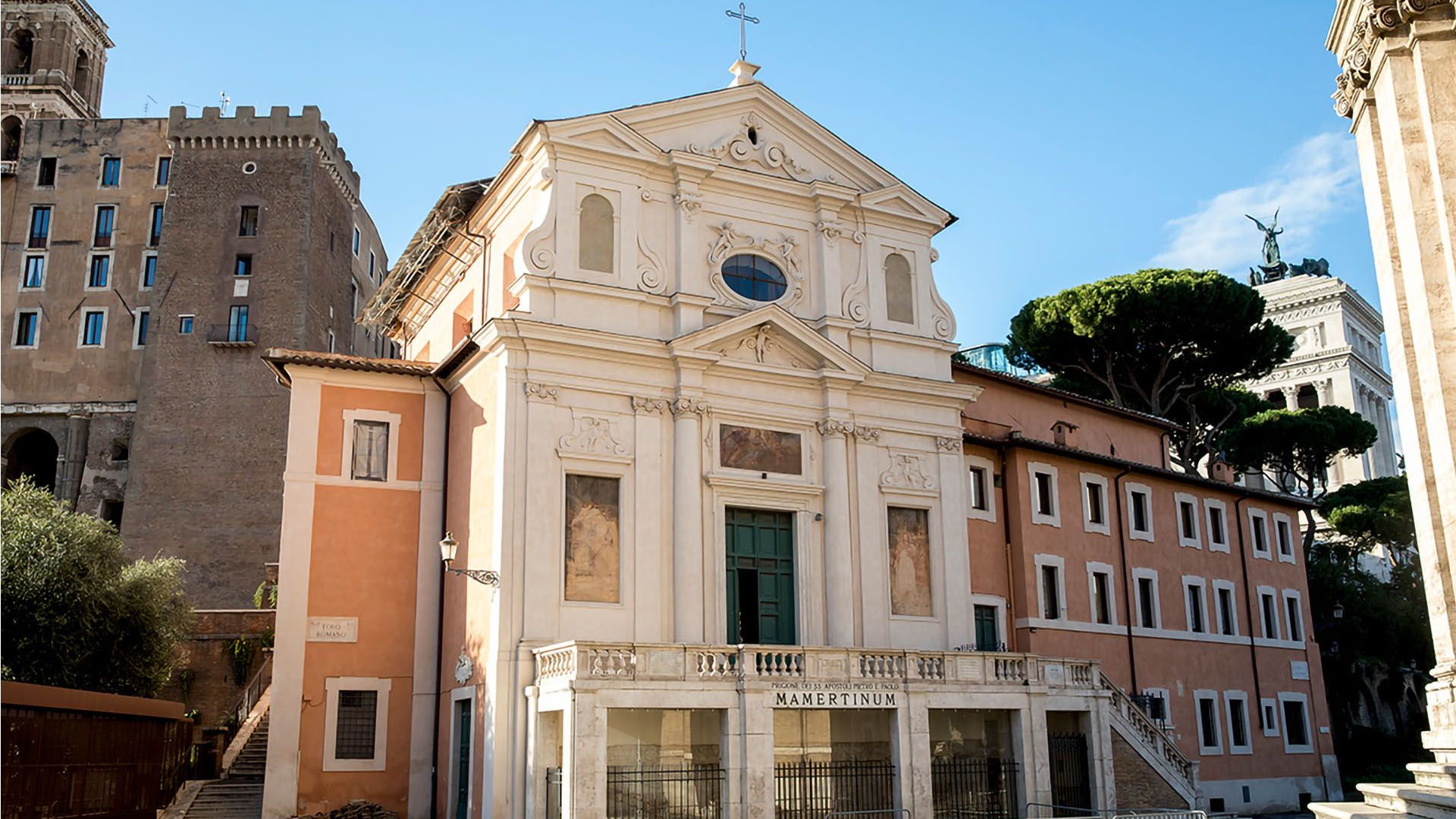 Located at Clivo Argentario under the church of San Giuseppe dei Falegnami, near the Roman Forum, the Mamertine Prison, or Carcer Tullianum, is the oldest prison in Rome, built by King Anco Marzio in the 7th century BC.

The enemies and traitors of the Roman people and state prisoners were locked up and executed in the monument. Among the many historical figures condemned to death by strangulation or beheading in the Mamertine Prison, we mention Jugurtha, king of Numidia, in 104 BC, and Vercingetorix, king of the Gauls, in 46 BC. According to tradition, it is the place where the apostles Peter and Paul were imprisoned before undergoing martyrdom.

The prison consists of two superimposed rooms: the first, called Tullianum, which is accessed by a flight of stairs. Dated to the Archaic period - VII century BC. - it was dug into the walls of the royal age around the Capitol in a semicircular shape. An entrance probably dating back to the second century introduces the Carcer, the upper floor of the sixth century BC, composed of a trapezoidal room with large blocks of red and yellow tuff and a barrel vault. It was renovated several times in the Republican period and at the beginning of the Empire, when a large travertine façade was built.

The name Tullianum seems to derive from the Latin "Tullus" due to the presence of a spring of water. According to legend, it miraculously arose at the hands of the two apostles. Another legend also tells that St. Peter, descending into the prison, fell and hit his head against the wall, leaving the imprint of his head on a rock, now protected by a metal net.

From the Middle Ages, around the 7th century AD, the place began to be called the Mamertine Prison. Both rooms underwent a Christianization and were transformed into chapels on which the primitive church of San Giuseppe dei Falegnami was then built.