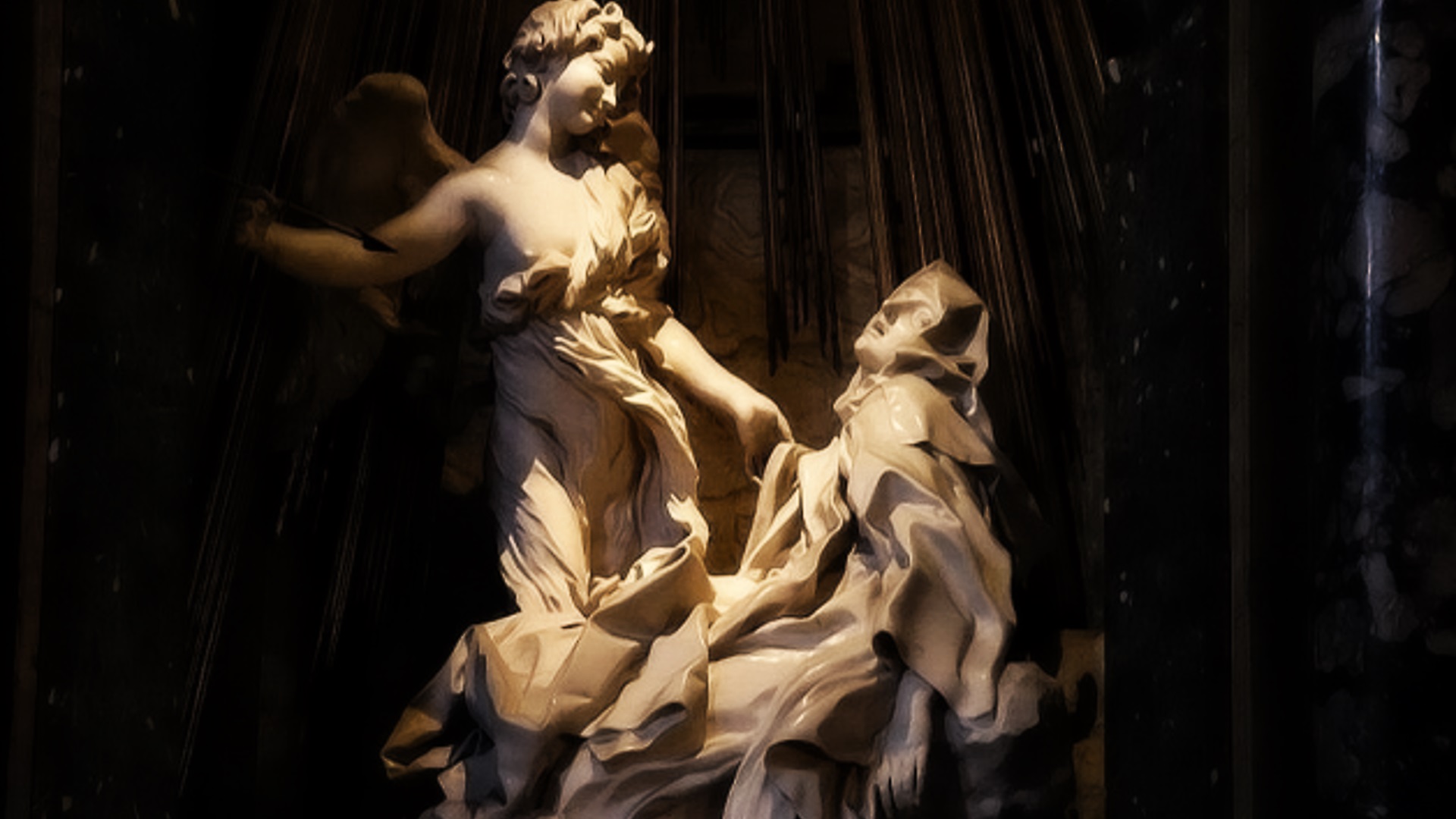 Located at the intersection of via XX Settembre and largo di Santa Susanna, the church of Santa Maria della Vittoria represents one of the most important examples of the Baroque period in Rome.

The project was entrusted to the architect Carlo Maderno who built it between 1608 and 1620. Established first as a chapel dedicated to San Paolo by the Discalced Carmelites, it owes its title to the victory of the Catholic army against the Bohemians in the battle of the White Mountain, near Prague, 8 November 1620. At a critical moment in the battle, Father Domenico di Gesù and Maria, army chaplain, intervened in the fight. Hanging from his neck, he had an image representing Mary in adoration of the Child. Rays of light were seen coming out of the portrait that dazzled their opponents, forcing them to flee.

On May 8, 1622, the miraculous image was transported to the church, which has since been dedicated to the Virgin Mary.

The travertine facade was built in 1626 to a design by Giovan Battista Soria and at the expense of Cardinal Scipione Borghese, in exchange for the statue of the Sleeping Hermaphrodite, found in 1608 during the excavation of the church's foundations.

The interior, with a Latin cross layout, has a single nave with a barrel vault and three chapels on each side. For the decorations, Maderno studied a simple style adopted by the Reformation in the other churches of the Order.
But the victory of the White Mountain totally changed its fate.

Maderno, then, thanks to the numerous offers from all the courts of Europe eager to celebrate the victory, adorned it with white and gilded stuccos in full Baroque style. The paintings of the vault and dome were made by Giandomenico Cerrini, that of the apse by Luigi Serra.

The chapels, surrounded by arches decorated with marble, angels, and cherubs, are separated by pillars with golden Corinthian capitals. The noble families who desired it were granted patronage over the chapels, provided that each family decorated them richly, to conform to the style of the church. The result was the creation of magnificent art treasure chests.

Among the chapels, that of Cardinal Federico Cornaro family was commissioned to the great sculptor Gian Lorenzo Bernini who endowed it with the well-known sculptural group depicting The Ecstasy of Saint Teresa d'Avila.
The sculpture, in marble and gilded bronze, was made between 1647 and 1652. It represents a moment in the life of Santa Teresa d'Avila. In her autobiography, the Saint tells the moment when she had the vivid vision of an Angel piercing her heart with a golden arrow, causing immense joy but, at the same time, a great pain.

Even today, this artwork enchants people for the scenic construction that sees the saint suspended in the center of a very white and soft cloud. On the sides of the sculpture, the members of the family who own the chapel observe the scene comfortably seated inside noble stages as if they were in a theater.

In the church, there are also works by Guercino, Nicolas Lorrain, and Domenichino.