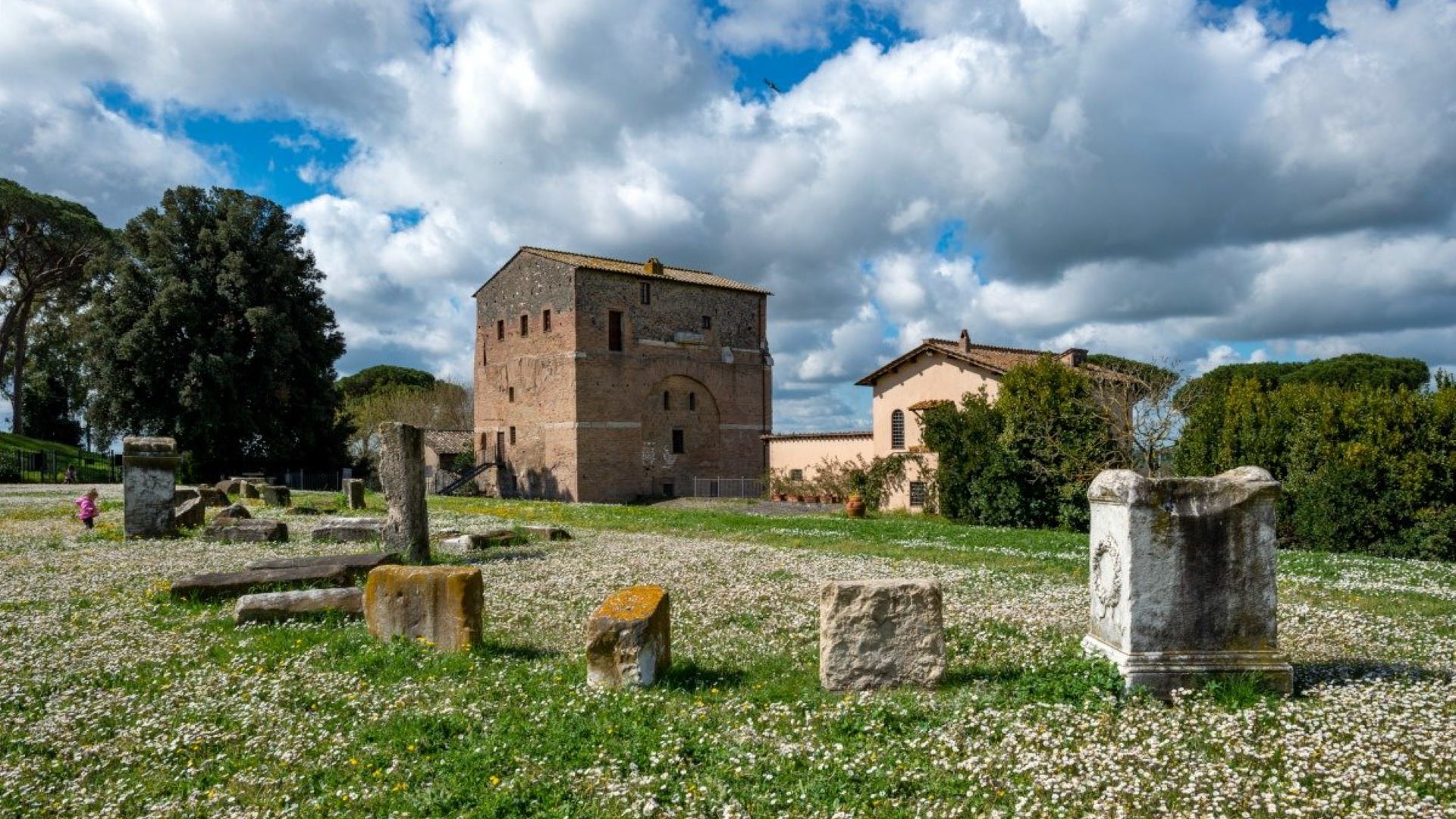 A casale surrounded by greenery, built by incorporating an ancient Roman monument inside it, an imposing four-faced arch from the fourth century AD. We are at the gates of Rome, along the ancient Via Flaminia, in the place where Emperor Constantine and his troops would have camped before defeating Maxentius at Ponte Milvio. As Christian chroniclers later recounted, the night before the battle here Constantine would have a vision of a cross in the starry sky, with an inscription in Greek rendered in Latin in the famous “in hoc signo vinces”. Upon victory, the Roman Senate would dedicate a second honorary monument in the Suburbium to the new emperor, in addition to the two-faced arch next to the Colosseum, in memory of the vision that had guided Constantine to triumph.

The arch underwent numerous transformations over the centuries: as early as the Middle Ages its arches were closed and a church possibly dedicated to St. Nicholas was built inside. It was then transformed into the tower of a fortified village before losing all defensive function and becoming, in the late 16th century, a rustic farmhouse with workshops. In 1567 it was partly restored by the Milanese apothecary (aromatarius) Costantino Petrasanta, then, between 1742 and 1788, it was adapted as a post station. When Pius VI suppressed postal service along the suburban section of the Via Flaminia, it finally returned to being a simple farmhouse. The name by which it is known today dates from the 15th century, when the fortified village was destroyed during the struggles between the Orsini and other families: the arch and surrounding ruins have since been called Malborghetto or Borghettaccio.

Purchased by the Italian state, the casale has housed a small and interesting museum since 1989 in which materials from excavations made in the Malborghetto area and along the Via Flaminia are displayed.