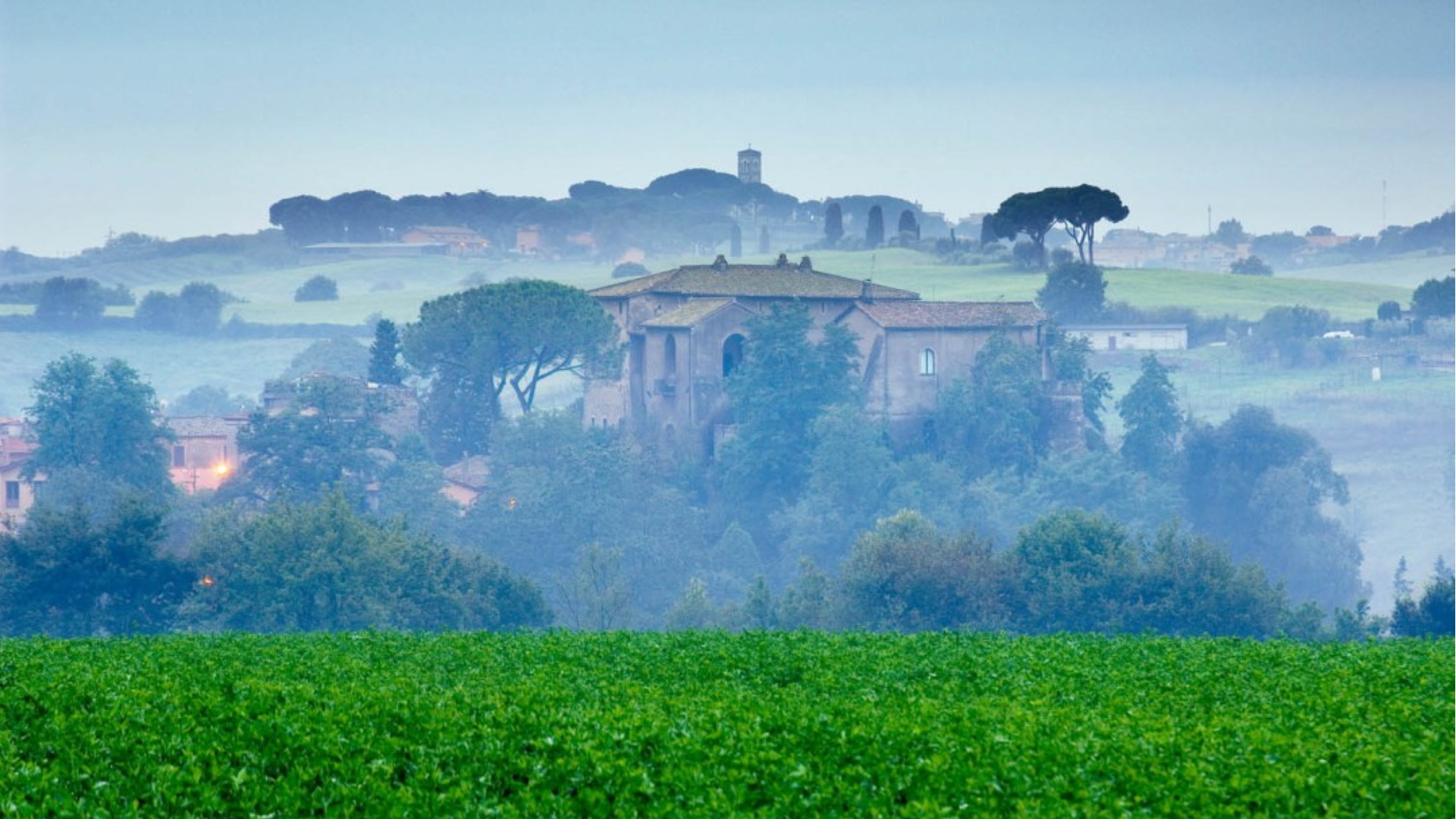 Perched on a volcanic cliff, a few kilometers north of Rome, lies this delightful village. Its original name, Castrum Insulae or Terra Insulae, a medieval toponym, derives from the presence of a settlement that stood on a hill surrounded by waterways and an artificial moat that raised and isolated it from the surrounding countryside.

Along the road leading to the village of Isola Farnese, you can see large square rooms cut into the rock: they are the houses and stables of those who, during the Middle Ages, lived under the protection of the castle. Often in tuff and outside the walls, they formed the village of Borgo di Isola Farnese. To access it, as it was separated from the houses by an artificial moat and a drawbridge, you had to cross an arch on which the Farnese cardinal coat of arms was placed.

The presence of Roman culture still echoes in this historical place. You can find it in Piazza della Colonnetta, the main square of the Borgo, where a Roman-era column stands in front of the ramp that constituted the ancient access to the village; on the side of the Church of San Pancrazio where you can read an inscription to Munatio Felici Patri; or, in a fragment of a Roman relief with two spouses, probably a sarcophagus, to the left of the entrance arch.

The Castle, an imposing structure of the 16th century, stands on an earlier medieval fort that is mentioned in a document of the year 1003 with which Pope John XVII assigned its ownership to the Roman monastery of Saints Cosma and Damiano. Between 1099 and 1118, the years of Pope Pasquale II's pontificate, it was used as a prison, while in 1209, Emperor Otto IV of Brunswick stayed there. In 1312, the Orsini family, its owner since 1286, welcomed another emperor, Henry VII, within its walls.

At the fall of the Roman Empire, the territory was reorganized with the establishment of farms, farmhouses, churches, and mills. In 1346, Andrea de filiis Ursi, a member of the Orsini family, purchased a part of this land and, soon, the small town developed and prospered. Unfortunately, the community was shocked by the numerous wars between the noble families of the Orsini, Colonna, and Borgia, leading to the destruction of the houses, part of the Castle, and the Church of San Pancrazio. Upon the death of Pope Alexander VI in 1503, the island returned to the possession of the Orsini, and, on October 9, 1560, when Paolo Giordano Orsini became duke, the Borgo was merged with the territory which included Anguillara, Campagnano, Cerveteri, Formello, Galeria, Sacrofano, and Trevignano.

As the duke accumulated some debts, many of the lands came under the control of bankers and powerful cardinals, including Alessandro Farnese. From 1568, the name of Isola was definitively associated with the Farnese family, who, in 1650, transferred the rights of the duchy to the Apostolic Chamber, hoping of redeeming them. Unable to honor the agreement, the Farnese had to sell their possessions, which were aggregated to the papal province of the Patrimony of St. Peter.

At the beginning of the 19th century, the Castle was bought by Princess Marianna di Savoia, then passed on to Maria Cristina, Queen of Sardinia, and, finally, to Marquis Ferraioli until very recent times.