The Basilica Ulpia in the Trajan's Forum 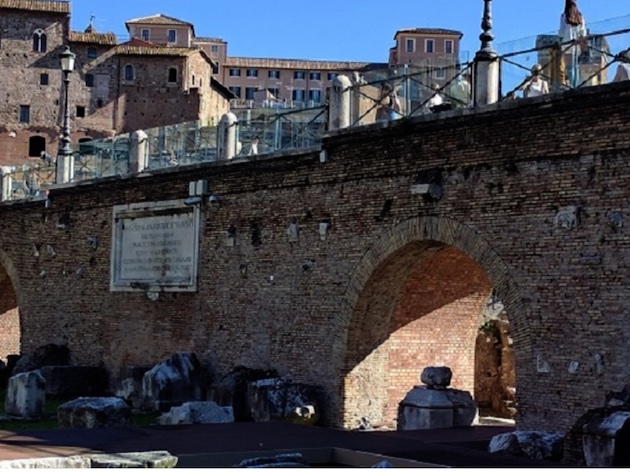 The Basilica Ulpia, built by the architect Apollodorus of Damascus at the behest of the Emperor Trajan between 106 and 113 AD, is located near the Roman Forum and was the largest built in Rome.

The monumental rectangular building, dedicated to the administration of justice and the conduct of commercial activities, bordered, on the shorter side, the Forum of Trajan and was raised above the square. The façade was divided into three foreparts which corresponded to as many entrances: the central one was characterized by four columns, the lateral ones by two. The interior was divided into five naves separated by colonnades in granite and cipollino marble. On the short sides there were two exedras.

In the medieval period the basilica collapsed and was used to recover building material; Its place was taken by civil dwellings and religious buildings, which were also later lost.

In recent years, thanks to the interventions of the Fendi Foundation, large parts of the marble flooring in ancient yellow, pavonazzetto and African have emerged during the excavations.