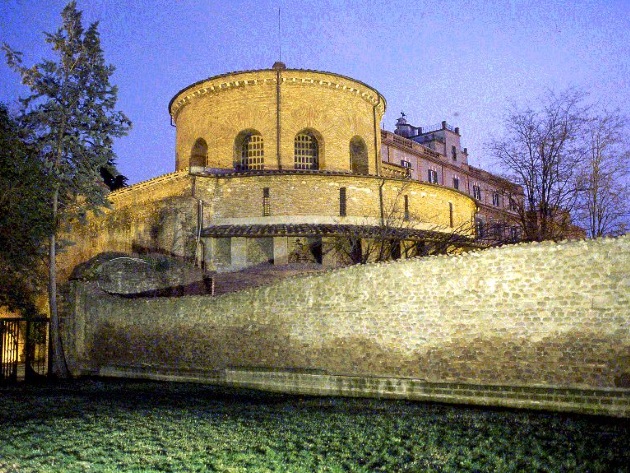 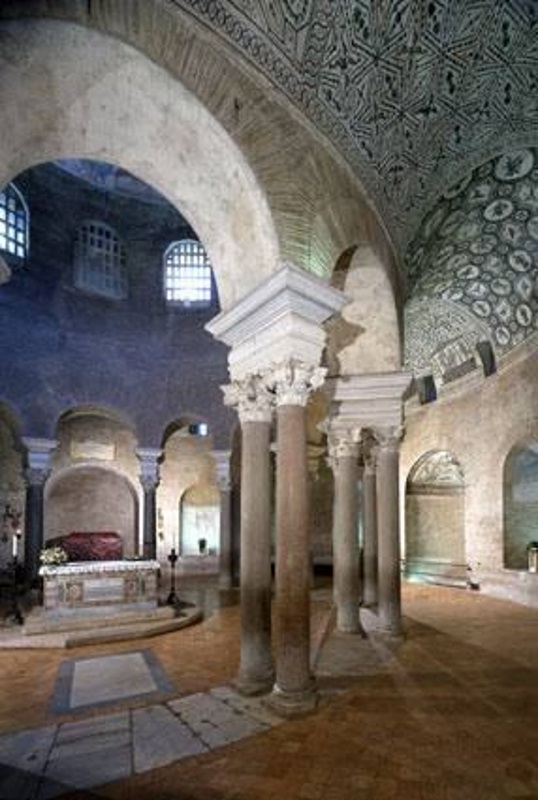 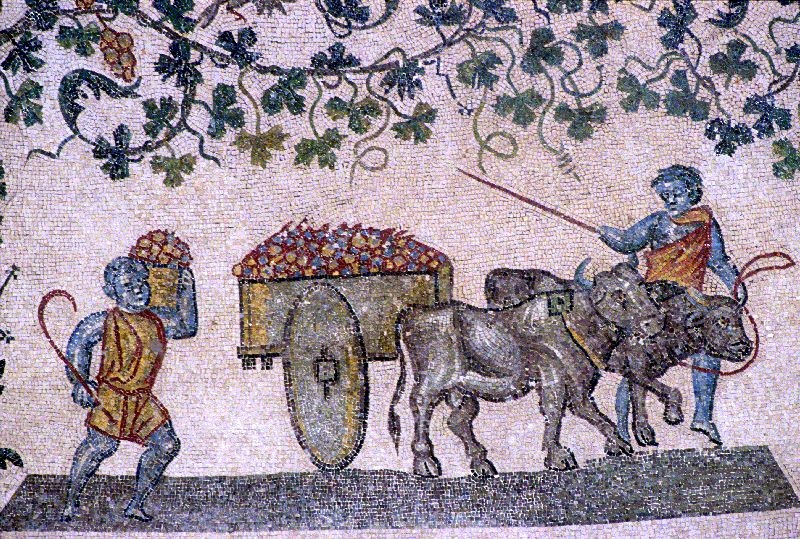 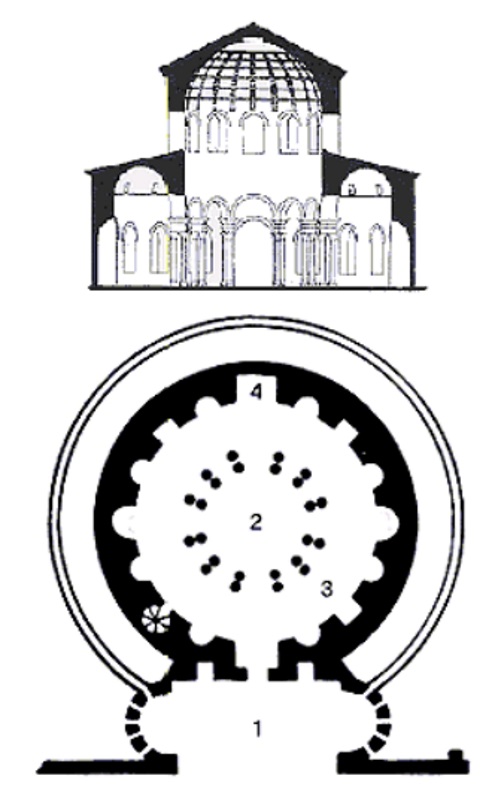 This Basilica was built in 324, at the behest of Constance daughter of the emperor Constantine, above the ruins of a cemetery and catacombs that housed the remains of the Saint. It was rebuilt on the commission of Pope Honorius I and was subsequently restored several times. It represents one of the most intact and distinguished examples of an ancient Christian basilica.

Its facade houses a wonderful Renaissance portal, decorated with the oak of the future Pope Julius II, and is surmounted by a mullioned window. A large marble staircase from 1590 descends to the narthex of the church. On its walls, there are stone fragments and architectural pieces from the catacombs. The interior, preceded by the narthex, has three naves separated by 14 ancient columns with Corinthian capitals. In the apsidal basin, a mosaic from the VII century portrays Sant'Agnese as an oriental empress on a golden background, flanked by the popes Simmaco and Honorius I. It is one of the highest examples of Byzantine art in Rome.

The Mausoleo of Santa Costanza is one of the most important monuments of late-ancient architecture: it is among the first examples (together with the Lateran Baptistery) of a Christian building with a central plan and an ambulatory (processional way).

An example of integration between mausoleum and basilica in the Constantine era, the Mausoleo was built at the beginning of the 4th century by Constantine (or Costanza), the daughter of Costantino, close to the great cemetery basilica beside the catacomb where the martyr Agnese was buried.

The entrance, in fact, is preceded by a narthex with two apses on the sides that linked it to the great cemetery basilica, as in the Mausoleo of Elena (Constantine’s mother), built close to the Constantinian basilica of Santi Marcellino and Pietro on Via Labicana, today Via Casilina. The most innovative features of the Mausoleo of Santa Costanza are the two concentric circular spaces that derive from Roman models of temples, mausoleums and nymphaeums, such as the Pantheon and the Mausoleo of Augustus, and in particular from the Martyrium of the Holy Sepulcher erected in Jerusalem by Constantine and his mother Elena, a building destined to influence much of medieval architecture.

The interior, consisting of a circular corridor covered by a barrel vault and a central space, is dominated by a dome of 22.50 m in diameter, bounded by twelve pairs of granite columns obtained from a previous Roman building. The interior of the dome was covered with mosaics, later removed by Pope Urban VIII (1623-1644), being seriously damaged. 12 arched windows light up the central part of the Mausoleo, giving it a considerable charm. On the walls are rectangular and semicircular niches; in the bottom niche there is a copy of Costanza's red porphyry sarcophagus, now preserved in the Vatican Museums.
The beautiful mosaics located on the vault of the corridor, dating back to the 4th century, depict geometric motifs, naturalistic scenes with fruit, flowers, peacocks, doves, and harvest scenes. A typical case of adaptation of pagan themes to the Christian tradition, the mausoleum, in fact, was long identified with the temple of Bacchus.

The mosaics of Santa Costanza are among the oldest monumental Christian mosaics surviving in Rome: an extraordinary example of the late Roman artistic heritage from which the early Christian art originated. Other mosaics in the niches represent of the handing over of the keys to St. Peter and the handing over of the law to St. Peter and St. Paul; on the sides of the entrance are Costanza and her husband Annibaliano.

During the 17th century, the Mausoleo is the meeting place of a bizarre association of Dutch and Flemish artists called Bent-vogels (birds of the band). Every time the group was enriched by a new member, a baptism party was celebrated with abundant libations, in a tavern on the Via Nomentana. After a night of debauchery the Bent-vogels made a last solemn toast in the temple of Bacchus in front of the porphyry sarcophagus, considered the sepulchre of the god. The feast could last up to three days and three nights. In 1720, Pope Clemente XI forbade this custom because it profaned the ancient Mausoleo. The names of some of these Bent-vogels, engraved in the niches of the ambulatory, are still visible today.

The Mausoleo was studied and designed by many artists including Antonio da Sangallo, Vignola and Piranesi, whose sketches testify to the existence of decorations that have now disappeared.

In the account of his trip to Rome in 1775, the Marquis De Sade says that Pope Giulio II had the desire to be buried in the ancient Mausoleo: "It is probably a pleasure for the old Pope - writes De Sade - to imagine his body in the place where a virgin rests".

Just outside the Complex is a memorial stone dedicated to the victims of the Breccia of Porta Pia.

For the photos we thank the Monumental Complex of Sant'Agnese outside the walls. 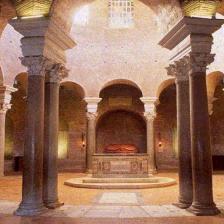 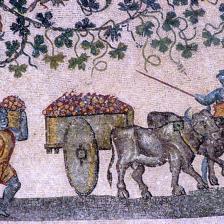 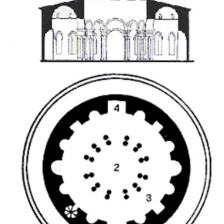