The Basilica of Sant’Agostino in Campo Marzio 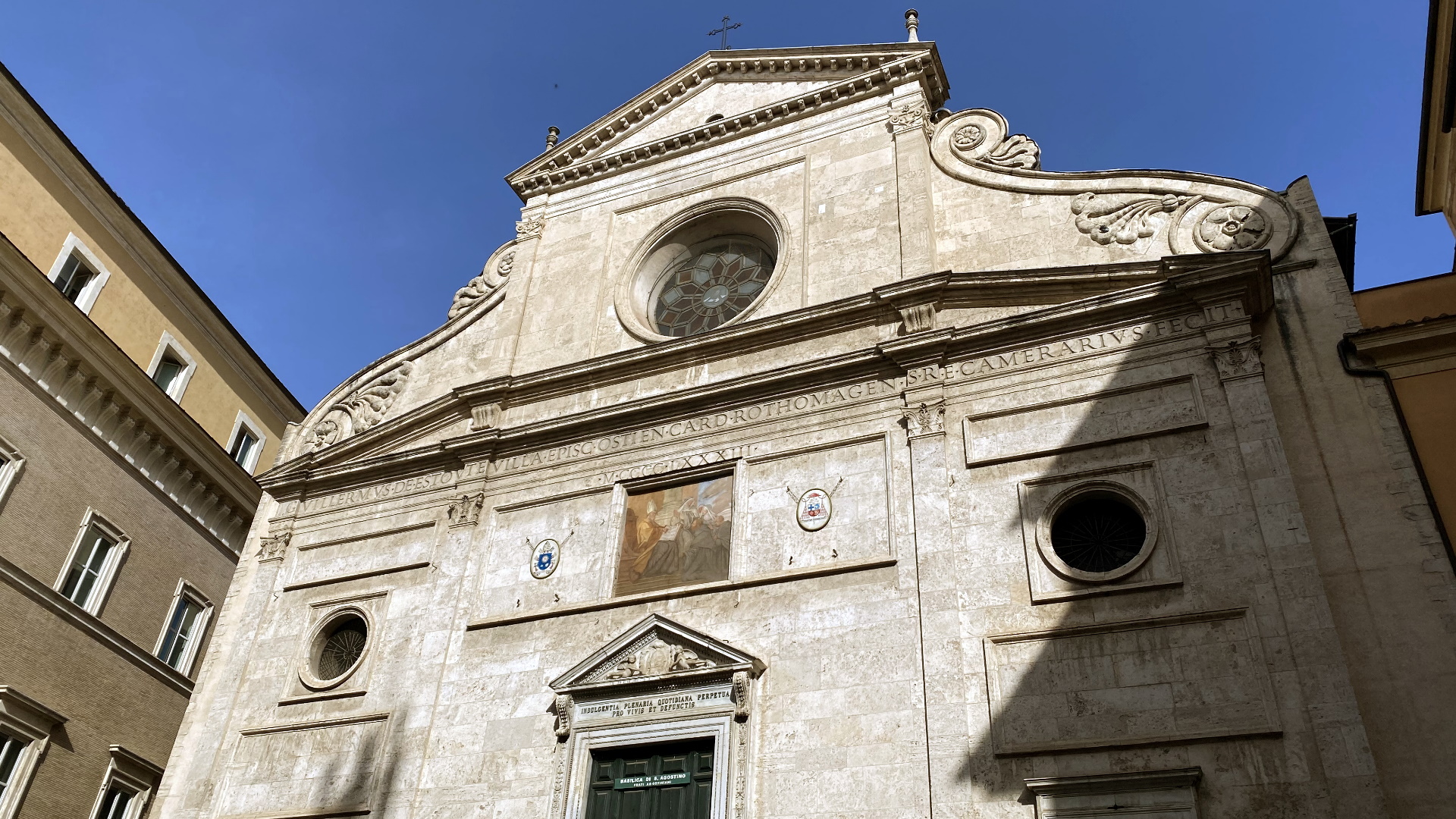 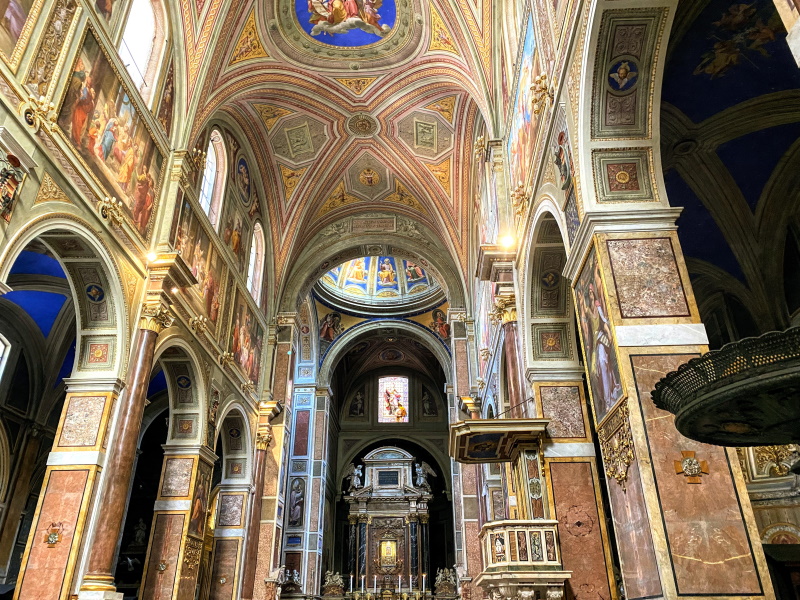 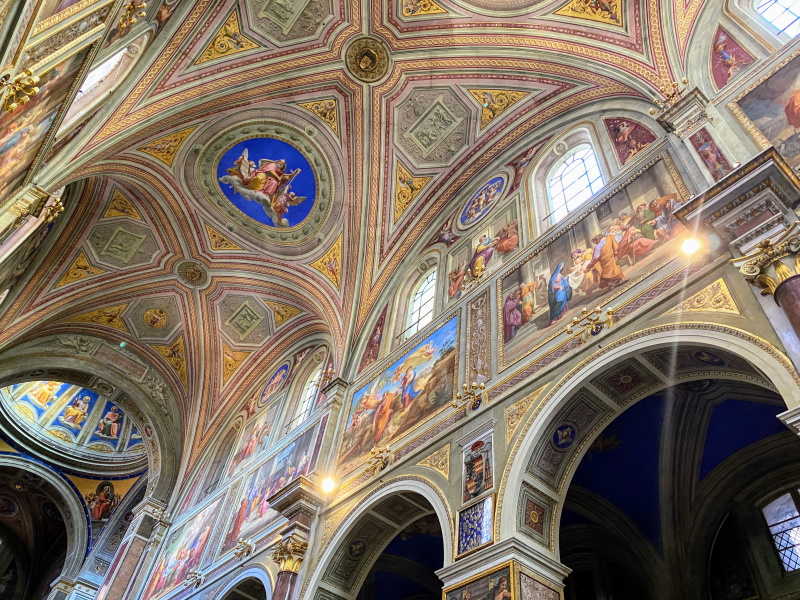 Located in the square of the same name, the Basilica of Sant'Agostino was one of the first Roman churches of the Renaissance, and its origins date back to the 14th century when the Augustinians decided to build a new structure for their convent. The new church, completed in 1420, however, was too small for the needs of the community and too low concerning the Tiber; so, it was rebuilt between 1479 and 1483 by Jacopo di Pietrasanta and Sebastiano Fiorentino, by order of Cardinal Guillaume d’Estouteville.

Built near via della Scrofa, it was demolished in 1746, when Luigi Vanvitelli enlarged the convent of Sant’Agostino. In 1756, the architect also radically transformed the interior of the church and the dome, the first Renaissance dome in Rome. He also added the lateral spirals of the façade and modified the 15th-century belfry into a square tower. The two-orders façade is covered with travertine blocks coming, according to tradition, from the Colosseum. The Latin cross interior is divided into three naves, with five chapels on each of the side aisles, a transept and an apse flanked by other chapels.

Entering, on the right is the famous "Madonna del Parto" (1516) by Jacopo Tatti known as "il Sansovino", a sculpture venerated as protecting women in childbirth and full of ex-voto. The central nave is framed by pillars supporting round arches, above which are 12 stories of the life of the Virgin Mary. On the third left pillar is a marble group representing “Madonna and Child with St. Anne” by Andrea Sansovino, around which all the poets of Rome used to affix their poems on the day dedicated to the saint. The same pillar is decorated with a fresco by Raphael, depicting the "Prophet Isaiah" (1512), flanked by two putti. In the first chapel on the left, there is the famous painting of the "Madonna of the Pilgrims" by Caravaggio (1604).

On the main altar, built in 1627 to a design by Bernini and made by Orazio Torriani, is the Byzantine icon "Virgin with Child" from the church of Santa Sofia in Constantinople. Of particular importance, the altarpiece depicting S. Agostino between S. Giovanni Battista and S. Paolo Eremita by Guercino and on the sides "S. Augustine washes the feet of the Redeemer" and St Augustine Defeating Heresy by Lanfranco, in the chapel of the right transept dedicated to the saint.

The church also houses some illustrious tombs: in addition to that of Santa Monica, cardinals Lorenzo and Renato Imperiali, the penultimate daughter of Lorenzo the Magnificent Contessina de 'Medici and Cardinal Girolamo Verallo. In the past, the remains of famous court ladies were also curiously present, such as Fiammetta, Cesare Borgia's favourite lover, Giulia Campana, Tullia d'Aragona and her sister Penelope. Today the tombs have all disappeared. The court ladies were regular frequenters of the Basilica and had dedicated seats in the front rows to prevent the believers from looking at them and be distracted during the religious functions. 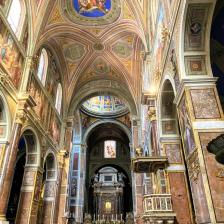 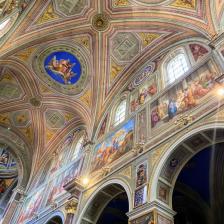