Basilica of San Lorenzo in Lucina 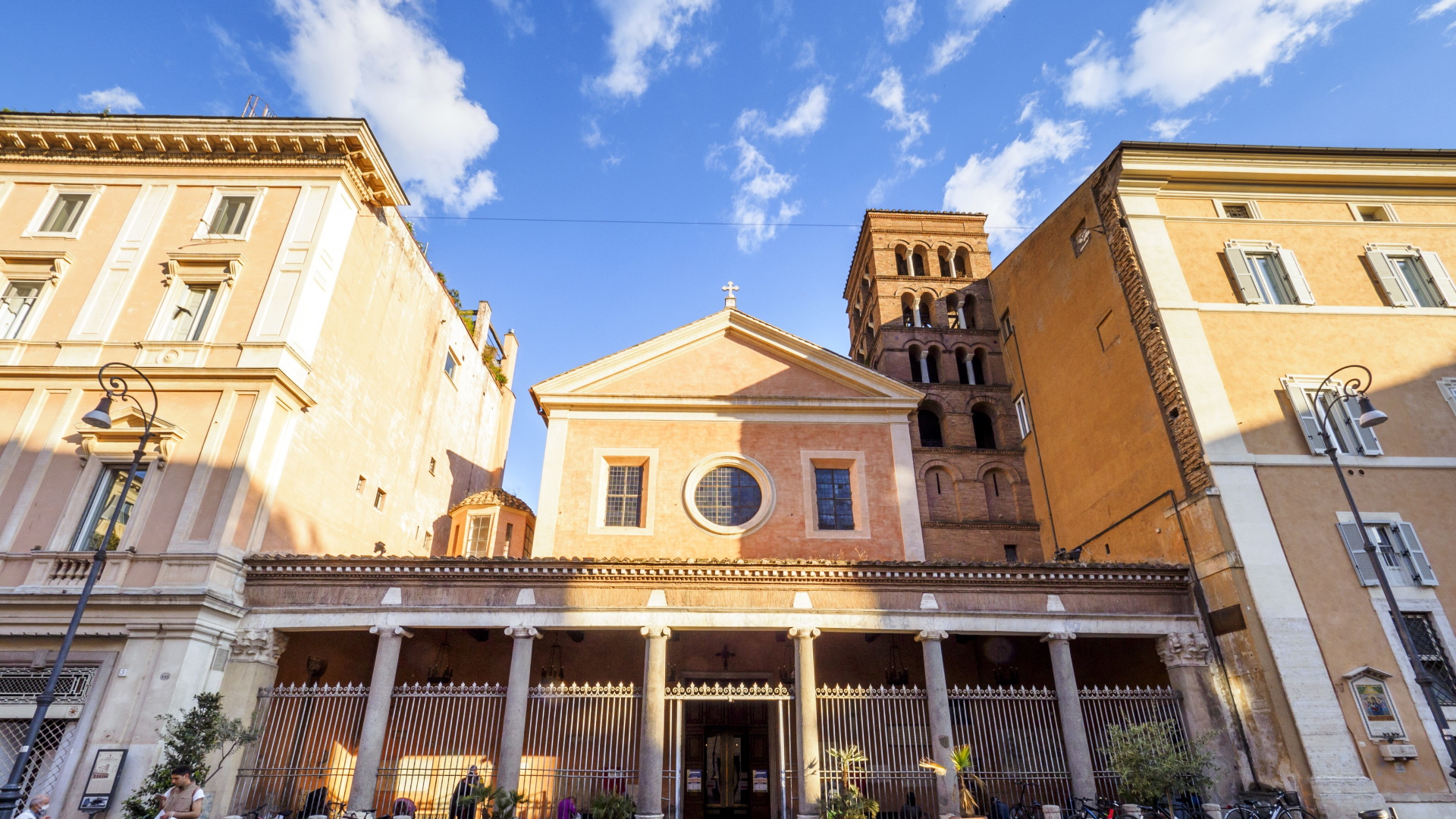 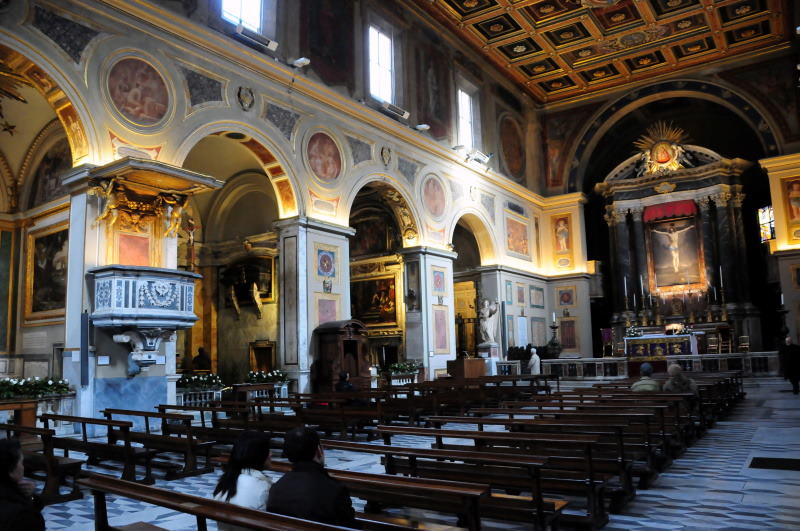 Located in the Rione Colonna, San Lorenzo in Lucina is one of the oldest churches in Rome. The building stands on a domus, probably owned by Lucina, a wealthy Roman matron who allegedly founded an "ecclesia domestica", a place for worship inside a private house.

A second theory connects the name of the basilica to an ancient temple dedicated to Juno Lucina, the patron goddess of childbirth: it was tradition that the women of ancient Rome drew "miraculous" water from the temple, a custom which is confirmed by the discovery of a well (still visible today in the basement) and a mosaic floor with black and white tiles, still intact, with white marble steps and frescoed walls.

Consecrated as a place of worship in 440 by Pope Sixtus III, the church was rebuilt and enlarged in the 12th century by Pope Paschal II. Even today, you can admire the elegant portico punctuated by six Ionic granite columns, inside which are a series of ancient inscriptions, the two marble lions on either side of the entrance, and the bell tower with five orders, two floors of single lancet windows and three of mullioned windows.

Around the middle of the 17th century, the basilica was completely renovated. The floor was raised to avoid flooding from the Tiber and the lateral naves were transformed into baroque chapels by the architect and sculptor Cosimo Fanzago. Later, Gian Lorenzo Bernini carried out further interventions. The artist realized the splendid Fonseca Chapel, also called Cupoletta con Angeli suonatori (Dome with Playing Angels), on behalf of the Portuguese Gabriele Fonseca, Innocent X's personal physician, portrayed in a marble bust in the act of leaning out of a fake window.

On the altar, the Annunciation by Ludovico Gimignani, taken from the most famous painting by Guido Reni of the Quirinale, is supported by two large bronze angels and surmounted by a series of stucco angels facing the lantern.

After the 19th-century restoration work by Andrea Busiri Vici, the church lost the Baroque feature that characterized it until then. Today, it has a single nave with a gilded coffered ceiling and a series of side chapels. Inside are a precious reliquary with the bronze grille on which San Lorenzo was martyred and artworks by great masters, such as Carlo Rainaldi, architect of the main altar and the Chapel of the Blessed Sacrament, and Guido Reni, author of the magnificent painting of the “Christ on the Cross”.

Curiosity: following some excavations, remains of the sundial built by Augustus in 10 BC were found in the basement of the sacristy of the basilica. The largest time-measuring instrument of the past extended in the area of Campo Marzio, using the Egyptian obelisk currently in Piazza di Montecitorio as a gnomon. 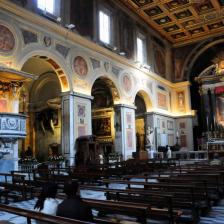