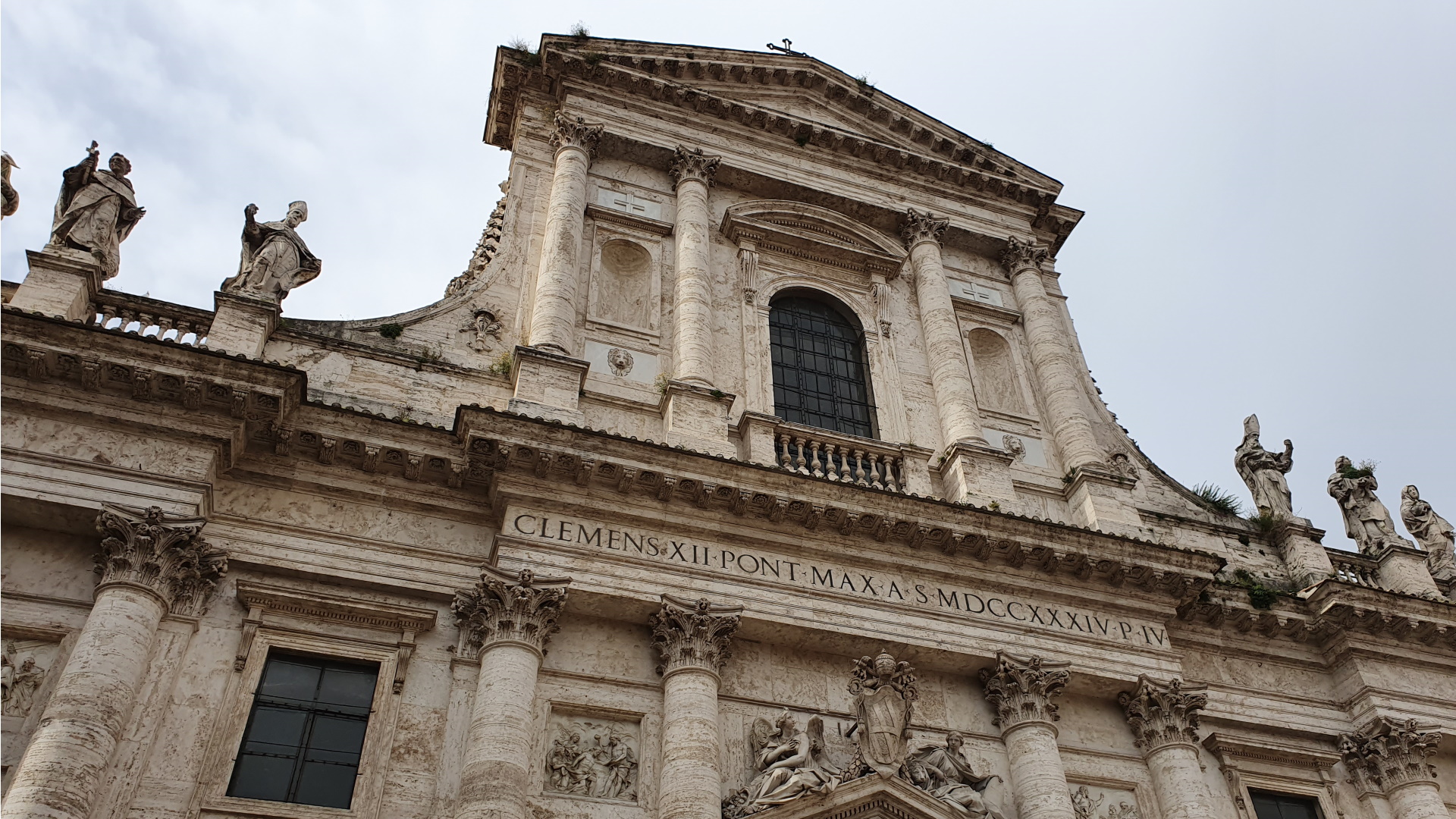 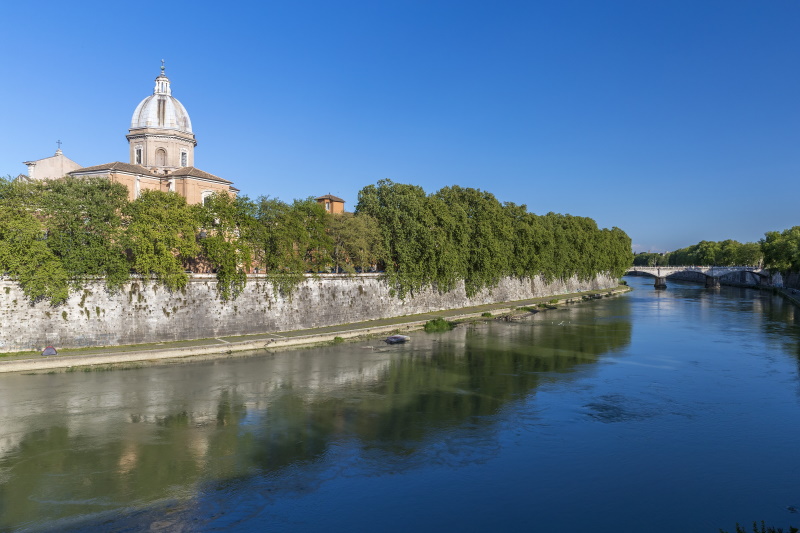 Located on the banks of the Tiber, at one end of Via Giulia, the basilica of San Giovanni Battista dei Fiorentini, dedicated to the patron saint of Florence, was built at the behest of the first Medici pope, Leo X, for the numerous Florentine community that lived in the area.

The basilica derives its name from the adjacent 16th-century palace, the seat of the Florentine Consulate.

For its construction, the pontiff called a competition (1518) in which participated, among others, Raphael, Michelangelo, and Baldassarre Peruzzi. The winning project was Jacopo Sansovino's, the Florentine architect and sculptor.

The realization of the church, dating back to the end of 1500, proved to be particularly difficult, also because of the proximity of the river, so that the completion of the interior took place only in 1620 thanks to Antonio da Sangallo il Giovane, Giacomo Della Porta and Carlo Maderno (1614). The great architect, the uncle of Francesco Borromini, managed to complete the work by erecting the characteristic elongated dome that the Romans call 'il confetto succhiato' (the sucked sugared almond) for its shape.

Some funerary monuments stand out among the artworks you can admire in the ten side chapels. They were the work of the most famous Baroque sculptors, like Bernini, Alessandro Algardi, Carlo Maderno, and Francesco Borromini, buried here.

The two busts of Antonio Coppola and Antonio Cepparelli, Florentine patricians who were benefactors of the Arciconfraternita and the Ospedale dei Fiorentini, by Bernini, are preserved here.

The beautiful travertine facade with the six statues of the great Florentine saints was built in 1734 by Alessandro Galilei, during the papacy of another pope of the Medici family, Clement XII.

The church houses the Historical Archives of the Archbishopric of the Florentines, dating back to the 15th century.

Curiosity; Onofrio del Grillo, the inspirer of the main character of the movie Il marchese del Grillo, interpreted by Alberto Sordi, rests inside the basilica. 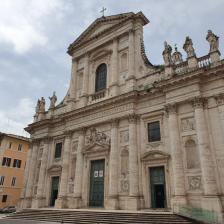 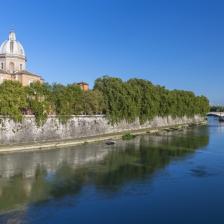