The Basilica di Santa Maria in Montesanto (Church of the Artists) 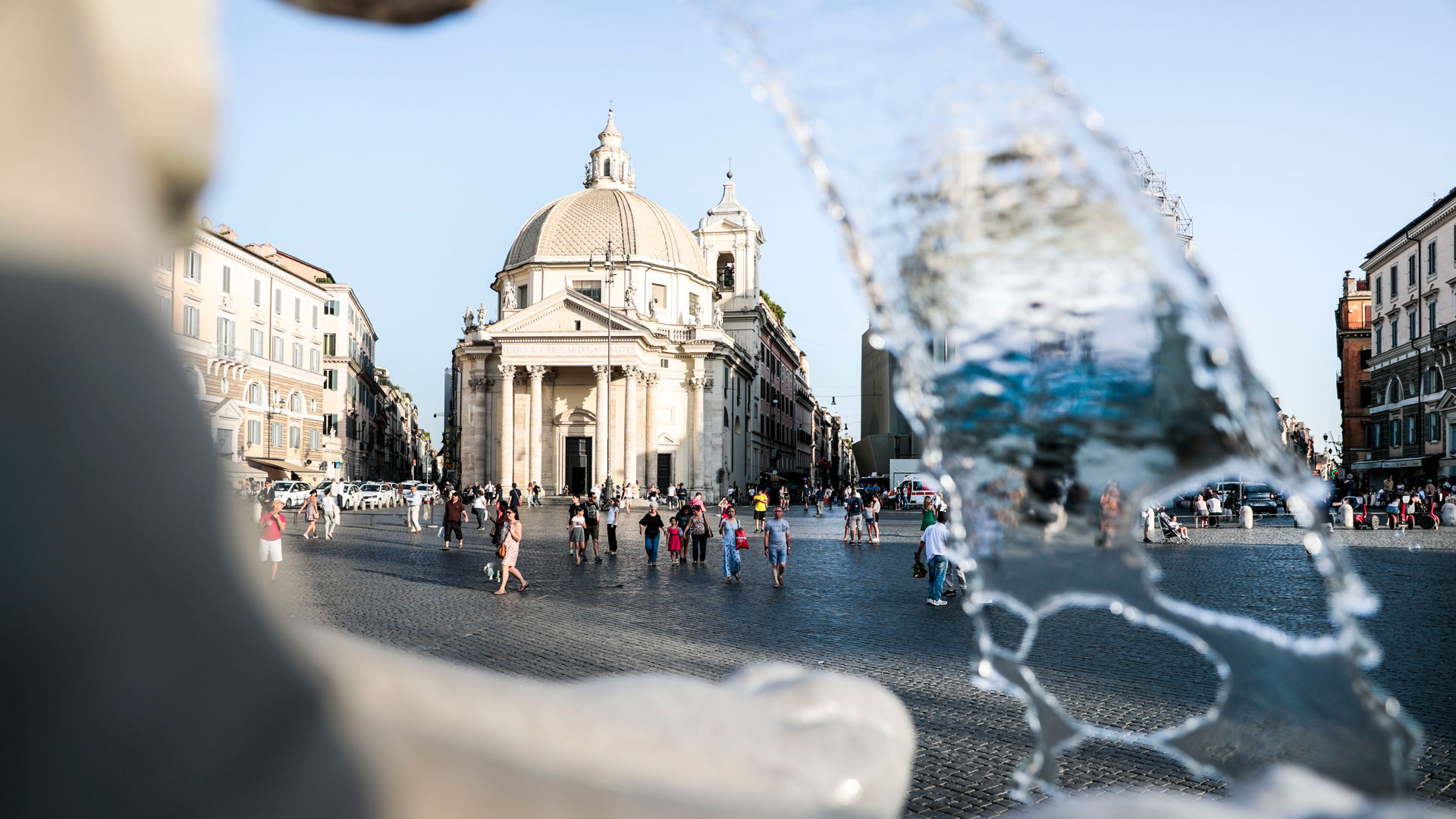 Located between Via del Corso and Via del Babuino, the Basilica owes its name to a previous small church dedicated to the Virgin and ruled by the Carmelite friars. The new building, designed by Carlo Rainaldi, is due to Cardinal Gerolamo Gastaldi, on the initiative of Pope Alexander VII.

The construction began on 15 July 1662, but in 1667, following the death of the pope, the works were interrupted. They were resumed a few years later by Carlo Fontana and Mattia de Rossi, under the supervision of Gian Lorenzo Bernini. The Basilica was completed in 1675, although the internal decorations were completed only in 1679.

Santa Maria in Montesanto and the adjacent Santa Maria dei Miracoli are known as the "twin churches"; they were conceived by Rainaldi as symmetrical constructions, due to space issues, they have different plans and different domes. Nevertheless, from the square, thanks to an optical effect, they look identical. Bernini made some variations to Rainaldi's original project, first of all, the plan, which became elliptical to better adapt to the shape of the area.

The Basilica has a dodecagonal dome and an 18th-century bell tower, designed by Girolamo Theodoli. The interior has elegant white stuccoes and three chapels on each side, richly polychrome. On the main altar stands the painting of the Madonna del Carmine di Monte Santo (16th century) which, according to an ancient legend, was miraculously painted: a girl, unable to depict the colour of the Virgin's face, fell asleep and, upon awakening, found the image mysteriously completed.

The Church remained entrusted to the Carmelites until 1825 when Pope Leo XII ordered its restorations and gave it the title of Minor Basilica. In 1953, it was entrusted to Monsignor Ennio Francia and became the seat of the Mass of the Artists, officially established in 1951 under Pope Pius XII. At the time, some restoration and embellishment works were carried out, including the Via Crucis and the altar of celebrations.

Every Sunday, from the end of October to the end of June, the Mass of the Artists, whose reader is usually an actor, is celebrated. The Basilica is also known as the "Church of the Artists", due to the bond with the world of art and culture and the funerals of many artists that take place there.