Basilica and Catacombs of San Pancrazio 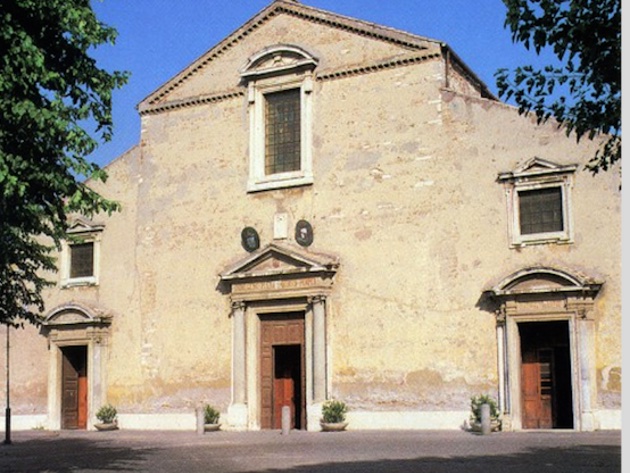 The basilica of San Pancrazio stands on the Janiculum hill, and is one of the minor basilicas of Rome. As reported in the biographies of the popes, it was founded between the end of the 5th and the beginning of the 6th century A.D. by Pope Symmachus in the place where the saint of Phrygian origin was martyred under Diocletian.

Rebuilt during the pontificate of Honorius I (625-638), the basilica, together with that of Sant'Agnese, was part of the "cemetery" churches wanted by the pope to promote the cult of saints.

It was subjected to many renovations over the centuries: in 1600 the most significant one which involved the restoration of the basilica plan and the replacement of the columns with pillars.

Some parts of the time of Honorius I, however, are still visible.

Among the most important works we find the splendid canvas by Palma il Giovane (1548-1626) with "The Ecstasy of Santa Teresa" and the frescoes in the gallery attributed to Antonio Tempesta (1555-1630) depicting San Pancrazio and other Saints. The wooden coffered ceiling of the 17th century is also important.

Below the basilica are the 4th century catacombs. A.D. Initially they were called Coemeterium Otcavillae, from the name of the Roman matron who collected the remains of the martyr, having them buried in the necropolis of his property.

Here is the cubicle or burial chamber "of Botrys" - from the name of the deceased - with frescoes referable to the end of the third century and an inscription in Greek in which the term "christianós" appears, which is rather unusual inside the catacombs.

Here in the 1930s the remains of an ancient road were found, perhaps the "Clivus Rutarius", a public cemetery from the Republican era and three columbarias from the first century. A.D.