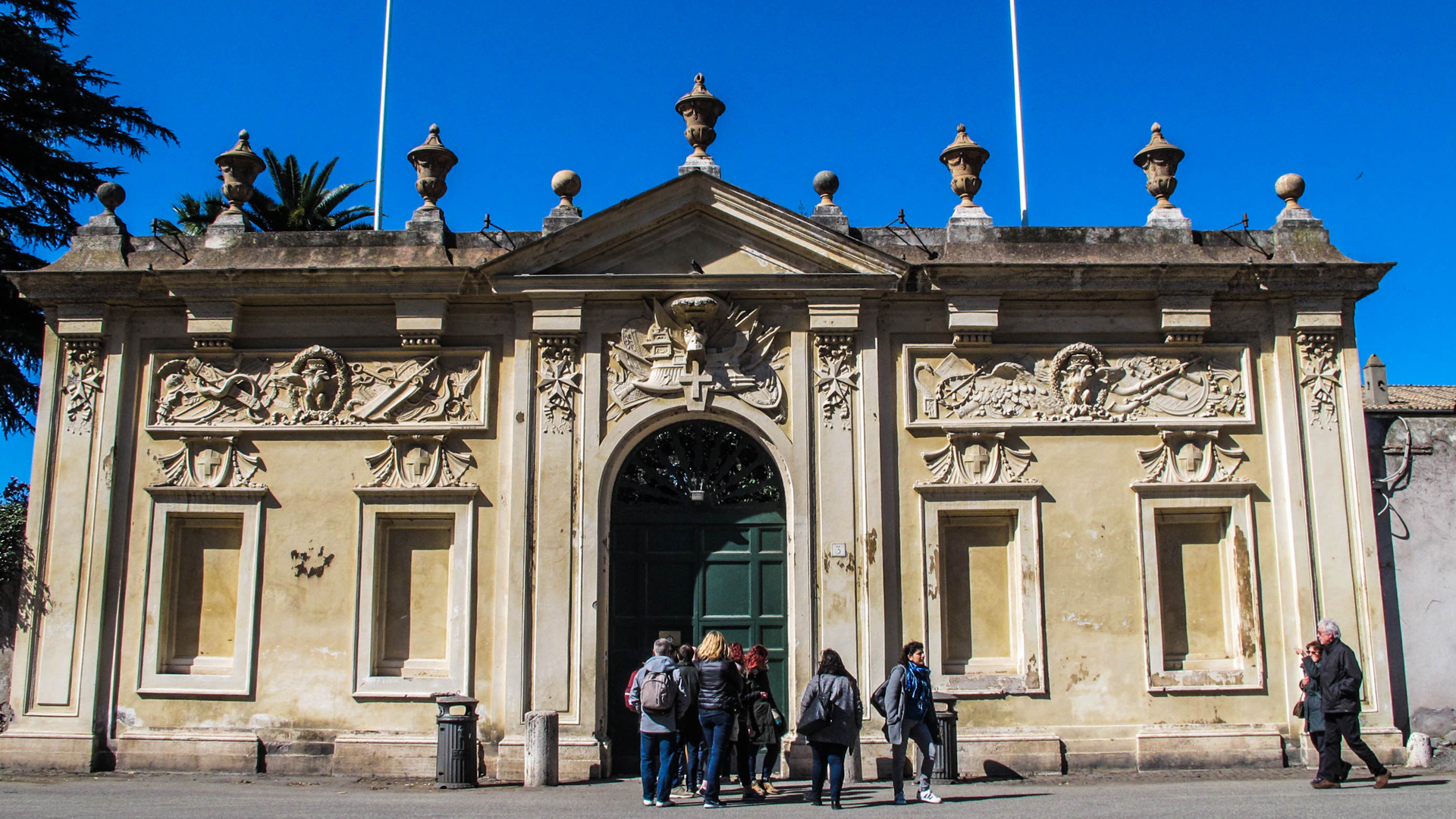 To discover the Roman views from the Aventine hill, you can start from piazza dei Cavalieri di Malta, that owes its present look to the hand of the painter, engraver, archaeologist and architect Giovanni Battista Piranesi (1765). The hole in the door at number 3 (the famous “keyhole”) frames, at the end of a tree-lined avenue, the well-known view of the dome of St Peter’s.

Walk along via di Santa Sabina, and you enter from piazza di Pietro d’Illiria in the  picturesque Parco Savello, aka the Garden of the Oranges ("Giardino degli Aranci"). From here you can see Monte Mario and the Janiculum in the distance. Underneath flows the Tiber that here flanks the vast complex of the former Ospizio Apostolico di San Michele a Ripa Grande. Once here was the major harbour of the city, ships coming from the sea landed here, but the harbour was destroyed to built the massive walls to bank up the periodical floods of the river. On the right you can see the Tiber island, called by ancient Romans the “Ship of stone” for its shape and dedicated to the god of medicine Aesculapius. Along the Tiber you can see the Synagogue, temple and place of worship for Roman Jews, built at the beginning of the 20th century.

Coming down from the hill towards piazzale Ugo La Malfa, near the Municipal Rose Garden, there is a superb view: the Circus Maximum and the Palatine, greatest examples of ancient games and past virtues, cancel all the rest and take your breath away, lit by the light of dusk. The Circus Maximum extends on an area in the valley between the Palatine and the Aventine. The present layout as a garden suggests its plan and ancient purpose: the terraces are now covered by grass, and the track is a dirt patch, its backbone being suggested by the long flower-bed in the centre. From the Palatine you can see the imposing structures of the Domus Augustana, the residence of Emperor Domitian and his successors until the byzantine period, a majestic building fit for gods and praised for its splendour, also by ancient writers.