Testaccio, the folk spirit of Rome 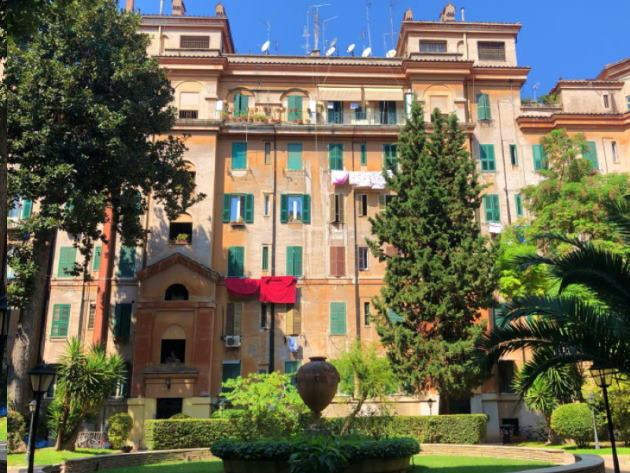 Because you cannot visit Rome without passing through Testaccio
Everybody knows that a week is not enough to visit the Eternal City. And we are not referring to the surroundings of Rome but only to its historic center. Among several itineraries offered to tourists for the weekend or to people who spend even more days in the capital, a district is often still little considered, despite very central: Testaccio. Let's discover together this “rione de Roma” and why you should visit it at least once.

Where is Testaccio and how is it connected
Let's start with the practical aspect: its position. Testaccio is central and very convenient for visiting Rome, whether you are planning just a weekend or a few more days. Served both by metro B (the Piramide stop is about a kilometer away), and by trams and buses, from Testaccio it is possible to walk to the center without too much effort. In fact, in half an hour's walk you reach Piazza Venezia, crossing the Circus Maximus, or the Jewish Ghetto with a pleasant and comfortable walk along the Tiber while admiring the Tiber Island. If you like cycling, it's even better, because there is a cycle path. In addition, there are several B & Bs in the neighborhood, as well as some hotels. Last but not least, you are a stone's throw from Trastevere, another historic district of the capital not to be missed. The connections with stations and airports are also easy enough.

Why Testaccio?
Let's talk about Testaccio uniqueness. Its Roman spirit tyou can still be breath in the streets of the neighborhood, perhaps listening to its inhabitants chattering on the street. The district in fact, with popular roots, is still inhabited by the Romans Doc-labelled, those who have Rome in their blood and who belong to it. All this, together with some ancient shops with marble signs still present, makes Testaccio a cross-section not to be missed. Have a break in the morning to observe Piazza Testaccio, now the heart of the district with its Fountain of the Amphorae, and taste this picture of Roman life. It will be difficult to find it elsewhere.

Testaccio: a small tour and what is unmissible
A whole day will be enough for you to visit and experience the neighborhood in all its spirit. Starting from piazza Testaccio, head towards via Galvani. The first recommended stop to get in touch with the roots of the place is Monte Testaccio, also nicknamed Monte dei Cocci and can be visited upon reservation. The walk, very interesting, runs along the mountain generated, since Roman times, by the accumulation of the so-called "testae", or the amphorae, symbol of Testaccio, which once emptied of their contents at the nearby Porto Fluviale (in the Ostiense area) they were deposited right there and could no longer be reused. Hence the name, precisely, of Testaccio and the recurring symbolism that you will find almost everywhere in the area. Another unmissable stop is the “Mattatoio”, today a large cultural space managed by the Palaexpo Special Company. It is fascinating to walk among the buildings that compose it, where the modern industrial style mixes with the history and the working class' origins of the neighborhood, and to observe the refurbished beams,  once used to transport animals. Here there are often temporary exhibitions and modern installations by artists that give the place a fresher and younger air. An ideal place to take a walk while respecting the safety distances required by the anti COVID-19 regulations.
In the morning, exactly in front of the “Mattatoio”, take a trip to the Nuovo Mercato Testaccio. Walk among the colorful and tidy stalls of fruit, bread, meat and fish, and take a look at the food kiosks, each more well-kept than the other. Since the palate also wants its part, maybe stop and try a sandwich with tripe or boiled meat. Or, if you prefer, choose a fresh fruit juice and a slice of pizza. The beauty of this market, historic in the district albeit in its new location, lies precisely in combining tradition and novelty. I recommend, between one stall and another, take a look at the ancient walls, visible under your feet in some points of the market. The last stop on the small tour is the Acatholic Cemetery. After the market, to find it just continue along via Zabaglia and then turn left into via Caio Cestio. Immerse yourself in the calm of this place a stone's throw from the Pyramid of Cestius and walk among its monumental tombs. You will find those of famous personalities but also of artists and poets such as John Keats, Percy Bysshe Shelley, Gramsci and, finally, Andrea Camilleri. Here, surrounded by greenery and silence, it is possible to visit on your own or with guides, in full compliance with the new rules of social distancing. After these stages, the advice is to walk through the streets of the neighborhood to fully grasp its soul. Observe its early twentieth century buildings and, if you can, sneak into some of its courtyards. Some, very well kept, are an open-air museum, amphorae and ancient buildings such as the Children's House.

Testaccio and its cuisine
Your tour "pe 'Testaccio" cannot end without a lunch or dinner in one of its historic bars. If during the day the area is the kingdom of its original inhabitants, in the evening it sheds its skin, becoming one of the focal points of the Roman nightlife. You can choose between taverns and restaurants that, in a more or less renewed guise, including cacio e pepe, carbonara, pajata and amatriciana, try to grab the title of best Roman trattoria. And if by chance you want something less traditional, you are served with: sushi, oriental restaurants, bistros, gourmet fish restaurants or pizzerias, till the closing with a drink ... Testaccio is simply all this.

This Must Be The Trip wrote for us 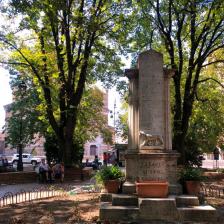 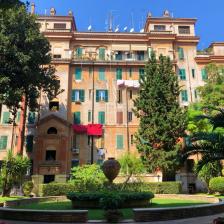 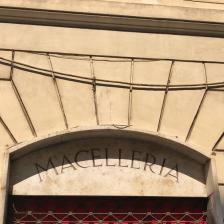 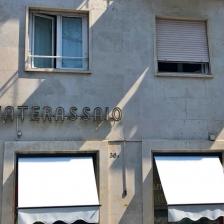 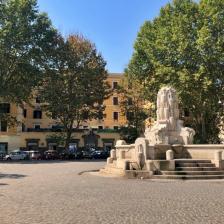 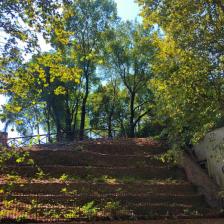 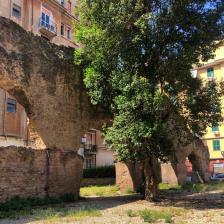 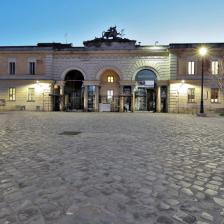 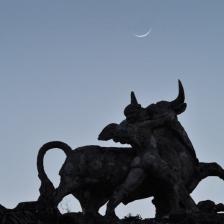 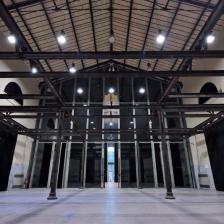 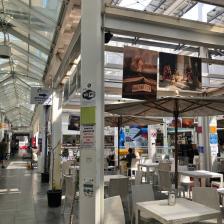 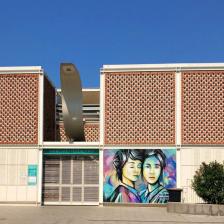 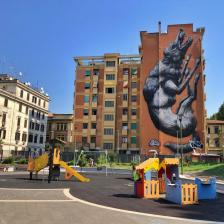 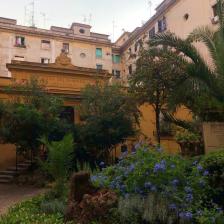