Ostia Antica is historically considered the "Gate of Rome": founded at the mouth of the Tiber, it was the first colony of Rome, since the Fourth century BC. An ancient territory, with a very rich history going from the Roman age through the Middle Ages and reaching the Modern Age and the Twentieth century, all concentrated in this corner of the countryside a stone's throw from the sea and Ostia Lido.

The archaeological area of Ostia Antica: history comes to life
The Roman city of Ostia Antica had a very long life, from the 4th century BC until its progressive abandonment in the 5th century AD; its remains were preserved for centuries until, in the first half of the Twentieth century, great archaeological excavations brought them to light, giving back to the world streets, public and private buildings, statues, floor mosaics and paintings.Today the archaeological area of Ostia Antica is a place you can visit just as if it were a modern city: you can walk the streets, access the buildings, see the splendid mosaics decorating the baths, admire the great bulk of the Capitolium, the most important temple of the city, browse the courses of the menu frescoed on the wall of a thermopoly (the ancient inn) like any other Roman Age patron, and attend a show in the great theatre. In Ostia Antica, history relives and has come back to life since the reopening after the lockdown: even if some places have been closed to the public to avoid crowds, the visit is very pleasant; it is not necessary to book, just respect the normal rules of prevention of infection: interpersonal distance of 1 m between people, mandatory mask, no gathering. All useful information can be found on the website of the Archaeological Park of Ostia Antica.

The “Borgo di Ostia Antica”: the beauty of the details in the shadow of the Castle of Julius II
After the abandonment of the Roman city of Ostia Antica, in the early Middle Ages a very small fortified centre was built where a bend of the Tiber once passed by. This small village was called Gregoriopoli. Towards the end of the 15th century a beautiful castle was built according to Pope Julius II willcasamatta, complete with keep, moat, casemates and a frescoed monumental staircase. In 1557 a rather large flood of the Tiber changed the course of the river forever: the bend disappeared and the docking place that served the Castle became totally useless. Today the Castle and the Borgo overlook along viale dei Romagnoli, the road that crosses Ostia Antica towards the sea. Il Borgo is a real gem frozen in time. Powerful walls surround it, but crossing them is like entering a dream: the colorful houses overlooking Piazza della Rocca are well-kept, the flowers in the windows or in the vases bloom better here than elsewhere, the two small side streets offer enchanting views; one of them also houses a small restaurant serving traditional Roman cuisine. Finally, the small and elegant church of Sant’Aurea, which stands right in front of the entrance to the Castle, fits perfectly into the Borgo due to its proportions. A very small village, but capable of making those who cross its ancient door fall madly in love.

By bicycle along the roads of the Reclamation: the Pasolini Path and the Ostiense countryside
Just outside the archaeological area of Ostia Antica and the Borgo, the endless Ostia countryside stretches out. Today it is an orderly countryside, with regular parcels interspersed with dirt roads and canals. This arrangement is the result of the work of years of people who even came here from Ravenna to reclaim the territory: they are the Romagnoli Scariolanti, which Ostia Antica is very attached to and which many of the inhabitants of the area descend from. Armed with spades, wheelbarrows and great physical and mental strength, from the end of the nineteenth century the Scariolanti reclaimed a malarial territory making it extremely fertile, today a green lung located between the Tiber, the sea and Rome. A splendid pedestrian path is inserted onto this territory: it is the Pasolini Path, which starts right from Ostia Antica and climbs up the course of the Tiber to Casal Bernocchi. 17 km all to be covered by bicycle, but also on foot, enjoying the splendid panorama offered, on the one hand, by the cultivated fields – in May and June they are blond because of the wheat, for example – and, on the other, by the placid Tiber which slowly approaches the mouth. The path in the green and in the open air is a breath of healthy air that gives great serenity. The roads that run through the countryside of Ostia Antica are ideal for those who love walking, running, cycling and at the same time disconnect themselves from everything and relax mentally. 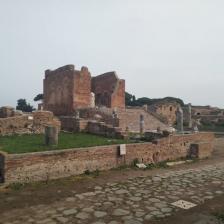 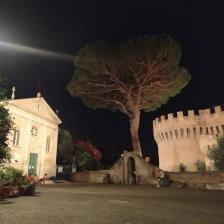 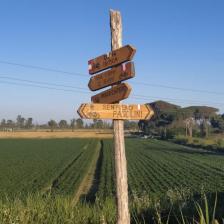