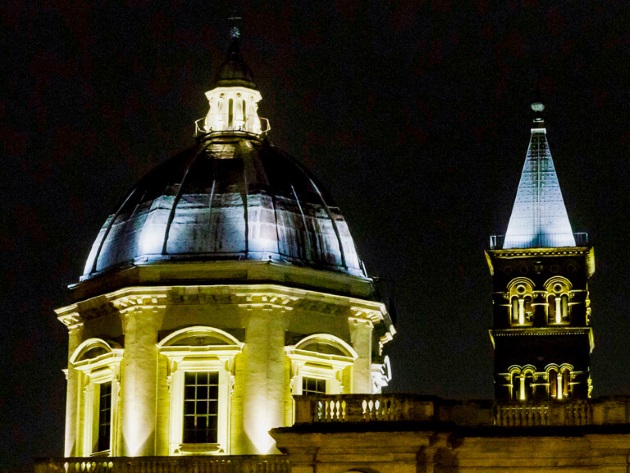 One of the four papal basilicas of Rome, the Basilica of Santa Maria Maggiore, located on the top of the Esquilino hill, has been the protagonist of a total light restyling.

Achieved by the Acea Group, commissioned for some of the most prestigious illuminations in the city, such as that of San Giovanni in Laterano and the Trevi Fountain, the renovation saw the replacement of the old halogen system with 130 new LED floodlights, the installation of 40 lighting fixtures with a lifespan of 50,000 hours (against 3,000 of the previous lamps), and an energy-saving of 80%.

After years of adverse weather phenomena, the new projectors enlighten the facade, the bell tower, and the Sistine and Pauline domes, the splendid loggia, covered with mosaics, and the lower portico.

For the first time, the new system involves the bronze statue of the Virgin and child on top of the Peace Column, in the center of the square.

Special means were used to reach the highest points of the Basilica. With its 70 meters, in fact, its bell tower is the highest in Rome. 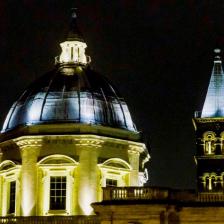