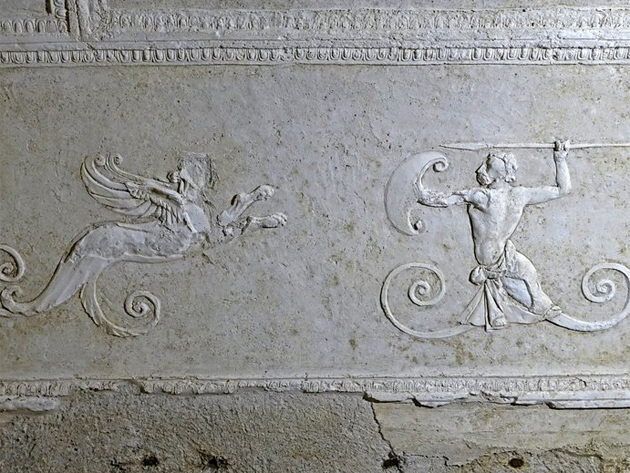 After years of restoration, one of the most fascinating and mysterious places finally opens: the Underground Basilica of Porta Maggiore, a monumental pagan building a few meters from Termini station.

The Basilica, discovered in 1917, following a landslide in the overlying railway, according to some scholars housed a neo-Pythagorean cult; restored several times, especially in the 1950s, when a reinforced  concrete dome was built at the expense of the railways to protect its structure from the vibrations of trains and water infiltrations, it has always been left in precarious conditions.

Always closed, and dating back to the 1st century AD, it is still of doubtful use (tomb or funerary basilica, nymphaeum or, more likely, neo-Pythagorean temple), it has a structure that anticipates the Christian basilicas, with three naves, a large apse and the delicate stuccos representing Sappho's suicide.

The restorations, concerning the building's static, water infiltrations and biological pollution are now going on with the ordinary funding of the superintendency.

It is possible to visit the Basilica through guided tours, with reservations required; visits for now are limited not to alter the delicate balance of the structure. 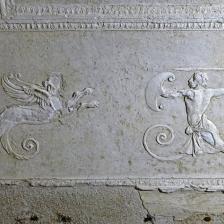