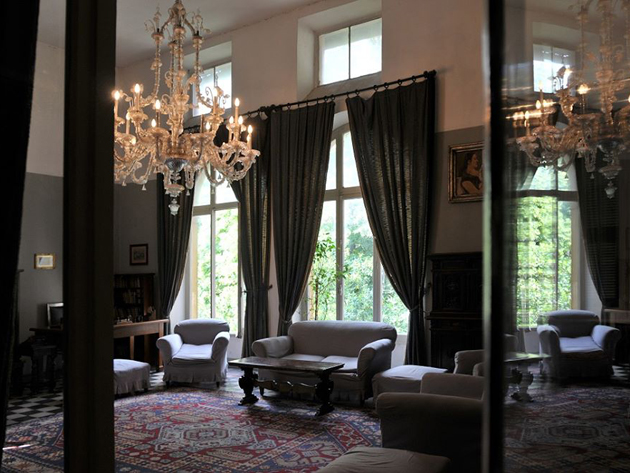 The House Museum Luigi Pirandello, nearby Villa Torlonia, is the final house of the writer, it has been hosting the Institute of Pirandello’s Studies and Italian Contemporary Theatre since 1962 where its historical and artistic heritage is kept as well as the library and the archives.

Luigi Pirandello lived in this apartment from 1933 to 1936. The apartment consists of a study, a bedroom and a terrace; the furniture as well as the carpets and the curtains are original.

In the house there are also four paintings by Pirandello’s son, Fausto. Visitors can see many items relating to the life of one of the most important personalities of Italian Literature. The wardrobe in Pirandello’s bedroom still contains his clothes, his hats, his uniform of the Reale Accademia d’Italia. In this bedroom Luigi Pirandello died on 10th December 1936.

The House Museum is open for guided tours.

Museums and cultural sites are subject at the COVID containment measures. For opening and closing days and timetables, please contact the contacts indicated. Virtual tour of the Studio