The Monumental Compound of San Michele a Ripa 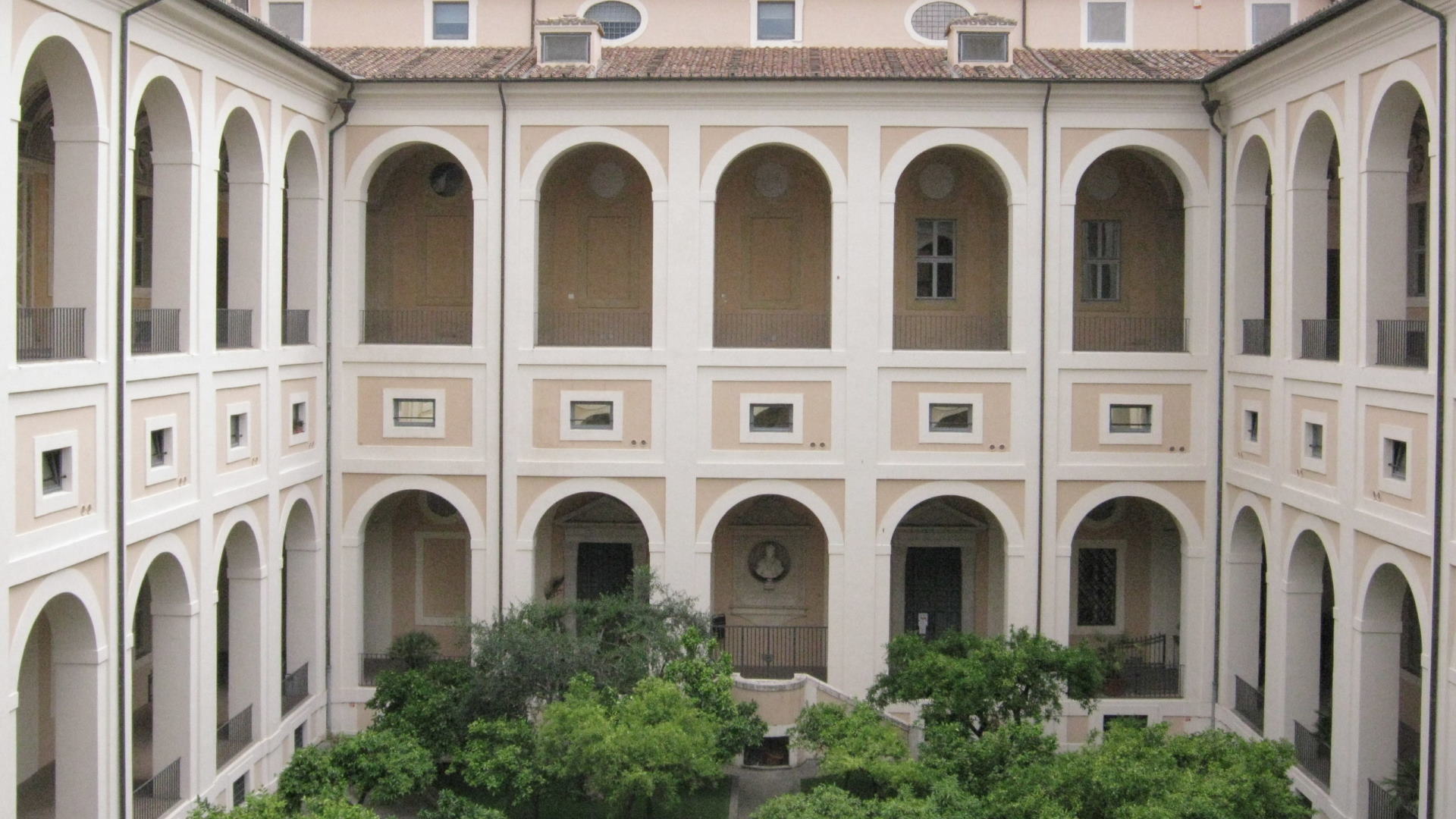 More than 300 meters long and covering an area of ​​over 25 thousand square meters, the monumental complex overlooking the Tiber, near Porta Portese, was built in successive phases in about 150 years starting from the end of the 17th century, mainly thanks to popes Innocent XI, Innocent XII, Clement XI and Clement XII. Considered an innovative model of public assistance for the needy and disinherited, the complex was started on a project by Carlo Fontana and Mattia de’ Rossi between 1686 and 1689, by the will of Pope Innocent XI, “the apostle of Roman charity”, who used his own family’s land and wealth: the four-storey building, with the current Cortile dei Ragazzi in the center, welcomed abandoned and vagabond young people. Four years later, Pope Innocent XII extended the project to needy elderly people, continuing to support young orphans and to offer them highly specialized professional training. In fact, the project included some workshop and an internal wool mill. In later times an art school and a workshop for tapestries were established, the latter acquiring great fame as Arazzeria Albani (named after the founding pope Clement XI) and continuing to produce tapestries until 1926.

The complex thus became a real multifunctional center: in 1704, next to the hospital, the orphanage and the hospice, Pope Clement XI had a jail for minors added, made on a project by Carlo Fontana. A few years later the structure was further enlarged to create two hospices for elderly women and men, a courtyard for services and a large church. On the death of Carlo Fontana (1714) the direction of the works passed to the architect Nicola Michetti, who was responsible for the construction of the façade on the Lungotevere. With the construction of the women’s jail, designed by Ferdinando Fuga for Clement XII, of warehouses and barracks for customs, in 1735 the complex was as we see it today. The latest changes were made by Pius VI in 1790, with a new wing used as a conservatory for spinsters. The complex included two churches: the ancient Santa Maria del Buon Viaggio, frequented by the people of the river port, and the large church designed by Carlo Fontana and completed only in 1835 by Luigi Poletti, with a Greek cross plan in which each arm was intended to host one of the classes of the assisted: boys, girls, old men and old women.

With the unification of Italy, an inevitable decline began for San Michele, with the interruption of welfare activities, no longer supported by papal benefits. With the exception of the prison function, which remained active until 1972, the rest of the property remained practically abandoned until 1969, when it was acquired by the state and intended as a business center for public activities relating to cultural and environmental heritage. Today it houses the Central Institute for Catalog and Documentation, the Higher Institute for Conservation and Restoration and the offices of the Ministry for Cultural Heritage and Activities and Tourism.

The complex has been used several times as a location for film and television shooting. One of the most spectacular environments is the Sala dello Stenditoio, originally functional to the tapestry workshop. Here the tapestries made by the state manufactory were spread to fix the colors.

Open according to exhibitions