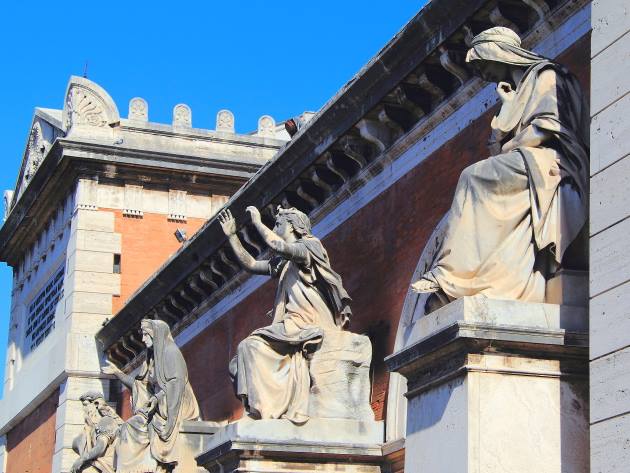 Until 19 June, on the occasion of the 2022 edition of the Week of European Historic Cemeteries - promoted by ASCE - Association of Significant Cemeteries of Europe - and the 150th anniversary of the death of Giuseppe Mazzini, the Monumental Cemetery of Verano hosts a series of cultural appointments dedicated to the female universe.

The event, organized by AMA, in collaboration with Roma Capitale and the Municipality II, was inaugurated on 28 and 29 May with Monica Vitti. Shades of a woman in Italian cinema - a special visit in homage to the unforgettable actress - and includes 27 free appointments between walks, recitations, historical re-enactments and music.

For the Republic Day of 2 June, on the schedule is the special visit Le Audaci, Stories of unique women from the Roman Republic to the Italian Republic, a tribute to Giuseppe Mazzini, on the anniversary of his death. The event, repeated on 4 and 5 June, features women who have proposed new models of female identity in politics, civic engagement, art and culture with their actions and ideas.

The guided tours, three each day, are enriched by the interaction between storytelling, acting, and audio support with the voices of the characters encountered along the routes. Every Sunday, there is an accessible path, lasting 1 hour, without stairs and other barriers.

For all the details on the cultural program, timetables, how to book and other insights: www.cimitericapitolini.it