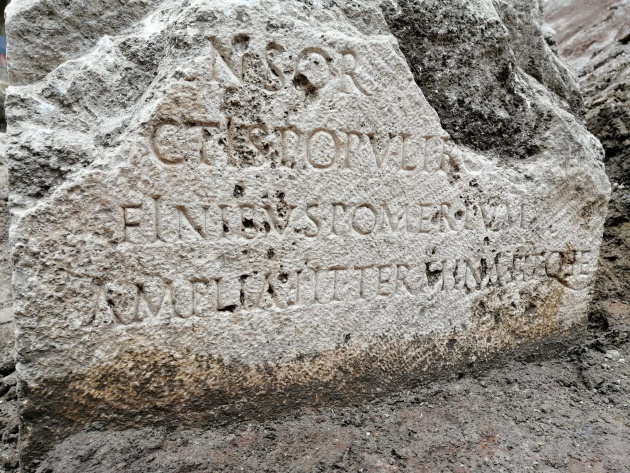 The precious testimony of the city expansion was embedded in the ground during the excavations for the redevelopment project of Piazza Augusto Imperatore. An inscription leads it with absolute certainty to Claudius and to the extension of the pomerium, the sacred and inviolable line that traced the borders of the city, which the emperor created in 49 AD.

The cippus, a single block of travertine of 193cmx74,5cmx54cm, is now on display in the Paladino Room of the Ara Pacis Museum, next to the cast of the statue of Emperor Claudius. Its final location is in the Mausoleum of August.

The pomerium was modified very rarely. The author of the change, an action with a powerful religious, political and symbolic value, placed himself as the new founder of the city. The historical and archaeological importance of this find testifies to the ambitions and the political and strategic aims of the powerful emperor.

An exceptional find, in short, given that over time only ten other stones relating to the time of Claudius have been found. The most recent was discovered in 1909, more than 100 years ago. 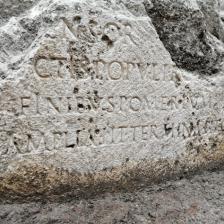