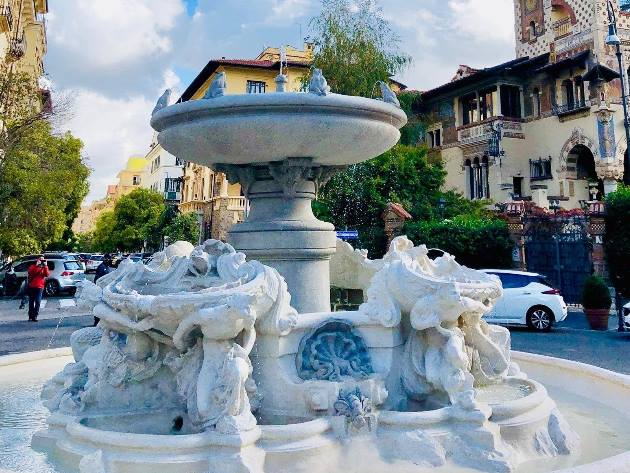 The Fontana delle Rane (Fountain of the Frogs) returns to enchant Piazza Mincio, thanks to the restoration carried out under the technical-scientific direction of the Sovrintendenza Capitolina ai Beni Culturali, which was completed in the last few days. The project is the first of such importance since the elaborate artwork was inaugurated in 1927. The intervention was long and meticulous and required a preparatory phase which began last March, with interventions to improve the foundation soil of the fountain.

Designed by the architect Gino Coppedè together with the surrounding buildings, the fountain is the main monumental element of the square and reflects the eclectic style of the fantastic neighbourhood, an extraordinary “pastiche” of architectural languages. Inside a low basin - known as the "pond" - stands a complex tangle of masks and male figures, supporting a shell valve with a large frog. On the upper edges of the basin, eight more frogs, depicted in the act of jumping, pour thin jets of water.

Also famous because the Beatles jumped into its basin, fully clothed, after their concert in Rome, the monument is now restored to its former splendour. 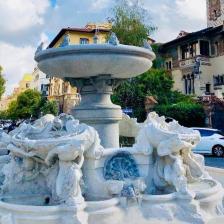