Extraordinary opening of the walkways of the Aurelian Walls 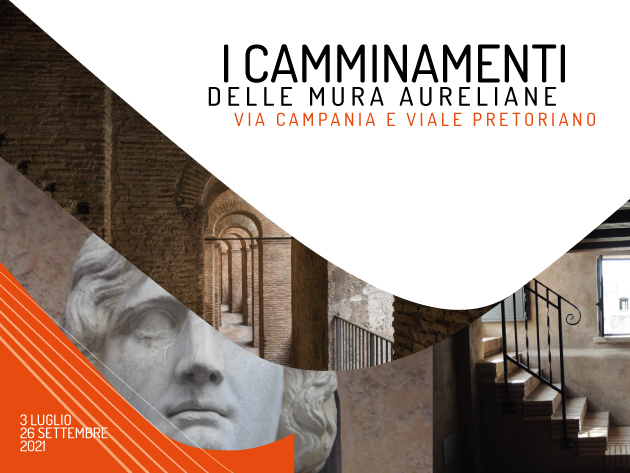 On Saturdays and Sundays, from 3 July to 26 September, the two sections of the imposing city walls of Via Campania and Viale Pretoriano open to the public for the first time, free of charge and with guided tours.

Erected since ancient times to protect the heart of Rome, damaged and at times demolished, the Aurelian Walls are today affected by a complex enhancement project thanks to which it is finally possible to admire their majesty and grandeur.

The two orders of arches of the stretch of Via Campania, which date back to Emperor Honorius' era (401-403 AD), became the boundary wall of the Villa Boncompagni-Ludovisi and, from the early decades of the 20th century, artist studios.

The stretch of Viale Pretoriano, on the other hand, was built to standardize the ancient differences in altitude of the area and bring them to the level of the modern city and for the construction of Villa Gentili, later Dominici. Such interventions turned this portion of the city walls into a pleasant walkway from which citizens could enjoy a view of the city and countryside. This aspect, taken on in the 18th century, was the subject of careful restoration by the Sovrintendenza Capitolina.

The original circuit of the Aurelian Walls, built by Emperor Aurelian between 271 and 275 to protect the city from attacks by the barbarian populations, was 18,837 kilometers long; today, its length is just over twelve kilometers.

Over the centuries, the city walls have become one of the city symbols and have been the subject of numerous interventions that have even changed their original function. Since the 15th century, the Popes have left their coat of arms as a signature to testify the interventions they carried out on the walls. In 1847, the Capitoline Administration took over the monument, simultaneously marking its decline and a different perception by the population who lived in it as a kind of bulky residue of papal power. The urban expansion led to the demolition of some portions of the walls to allow the opening of the numerous road gates connecting the historic center with the new neighborhoods created following the Town Plan of 1883.

However, starting from the early years of the 20th century, scientific and conservative interest has reawakened in this important monument steeped in history and suggestions.

Access to the Viale Pretoriano walkway is between Via dei Frentani and Via dei Ramni. Admission is limited to a maximum of 15 people at a time.

Access to the Via Campania walkway is from Via Campania in front of street number 31. Admission is limited to a maximum of 10 people at a time.

The visit lasts about 30 minutes. 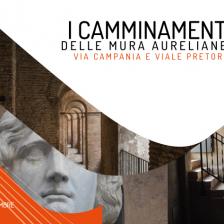